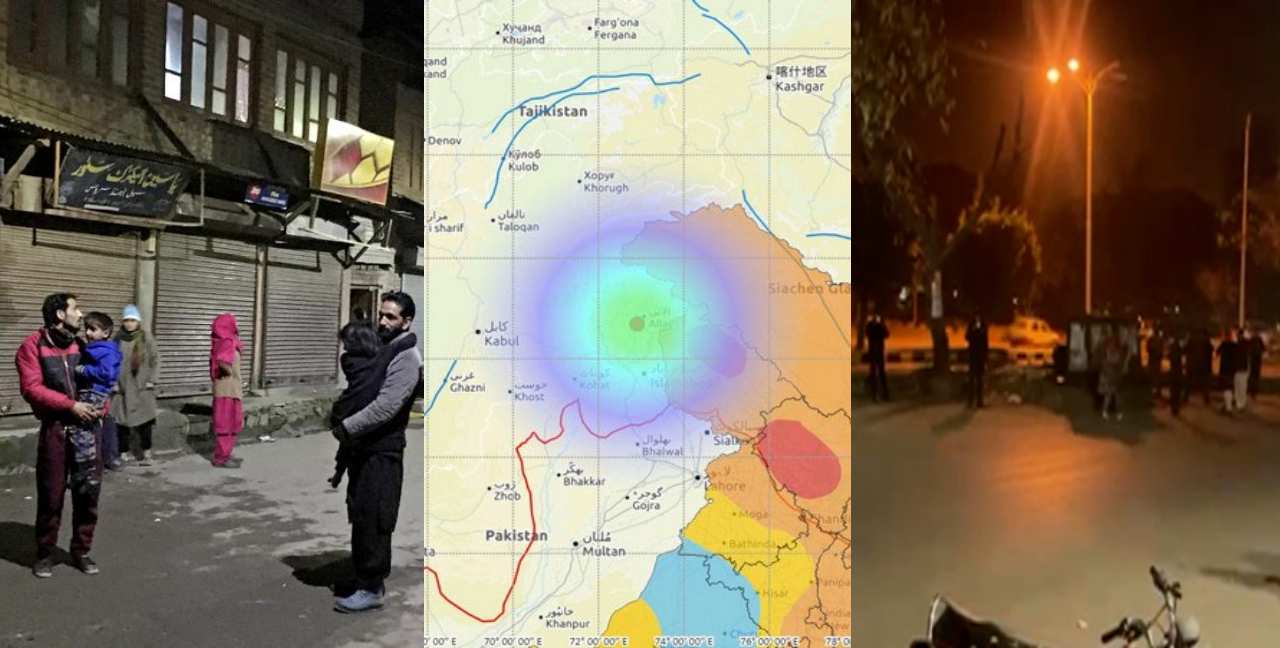 A strong earthquake struck Tajikistan on Friday and its tremors were felt as far away as India and Pakistan. Many residents ran out of their homes. But no major damage was reported.

The US Geological Survey put the quake’s magnitude at 5.9. Its center was 35 km (55 miles) west of Murghob in Tajikistan central Asia, said Reuters. The Tajikistan earthquake was felt in India and Pakistan.

The Tajikistan Emergency Situations Ministry said the epicenter was 420 km (260 miles) east of the Tajik capital Dushanbe near the border with China.

The seismic service of the country’s Academy of Sciences told Russia’s RIA Novosti that the quake’s intensity was at 6.1. The news agency said there were no casualties or damage, citing the Committee on Emergency Situations.

Monitoring agencies in the region pegged the quake as being a bit more severe. India’s National Center for Seismology said its magnitude was 6.3. Meanwhile, the National Seismic Monitoring Centre in Pakistan measured it at 6.4.

Dushanbe also felt tremors but a sparsely populated area was the epicenter.

Some homes also reported cracks in Indian-occupied Kashmir (IOK). A witness also reported a wall collapse near the northern Indian city of Amritsar. However, there were no reports of casualties.

A resident in Baramulla district said it felt like a strong wind had lashed his house. “My whole house shook and cracks appeared in a corner of one of the rooms,” Firdous Ahmad Khan said.

Pakistan including the capital, Islamabad, and northwestern Peshawar, and even as far as Lahore felt tremors.

In Muzaffarabad, the capital of Azad Jammu and Kashmir (AJK), where a 2005 earthquake wreaked serious destruction, there was panic. According to witnesses, many people rushed out of their homes in fear.

“I thought it’s the same as what had hit us in 2005. My children started crying,” said Asif Maqbool, a resident in Madina Market, Muzaffarabad. This market was almost flattened back in the 2005 quake.

Saima Khalid, a resident of the Khawaja Muhalla district of Muzaffarabad, said everyone in the neighborhood came out onto the streets. “They were crying, reciting verses from the Holy Koran,” she said.

Northern Afghanistan also felt th quake. But there were no reports of casualties or damage.

Last year was crazy. The world once faced 147 earthquakes in just 24 hours and it was shocking! Some people even started to believe that the world would end on June 21, 2020.

National Integration & Role Of Media In Pakistan
‘My Husband Is A Victim Himself’ – Nadia Khan Rejects ‘Miss Lubna’s’ Claims, Says She’s Using Her Name For Fame
To Top