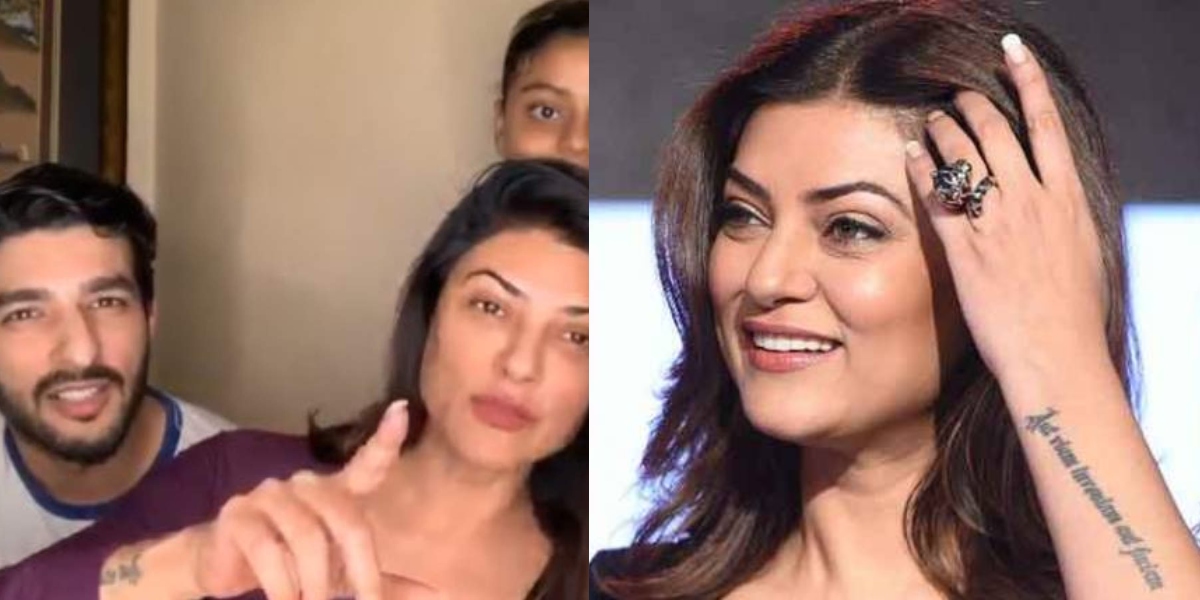 Bollywood actress Sushmita Sen, who won Miss India and Miss Universe crowns in 1994, is still ruling the hearts of fans across the world. The Bollywood diva keeps on updating her fans with her daily activities on her social media. She also treats people with her pictures or workout videos with her boyfriend Rohman Shawl.

Sushmita is also respected for promoting social causes, specifically women empowerment. Amidst all these, a video of her has surfaced on the internet where Sushmita can be seen reciting Surah Al-Asr during an Instagram live session. The gorgeous actress was also joined by her kids. One of her daughters also recited the verses from the Holy Quran with her.

Sushmita also recited the prayers of other religions during the session. The respect paid by the Indian actress to the Islamic faith has met with a lot of praise from fans all over.

Here are some of the responses from the fans of Sushmita on Twitter:

I was randomly watching her Insta Live and this what i came through. Thought i should share it with you all. Dilbar Dilbar is not the only reason you should Stan her. pic.twitter.com/2E7ZK95Gic

This clip is sooo cute.. that family is just adorable (& friggin gorgeous too)

Waise.. i just had a thought.. what if some actor of ours had chanted some Hindu mantra or something…. Fatway aa jaatay 😅

In one interview she recited this surah and expressed her love for this. She said this one is her favourite.

I always like sushmita sen she is too good very tolerant with, other religion unlike other indians

During the live Instagram session, a fan also asked Sushmita about her plans of visiting Pakistan. In reply, Sushmita said she would visit Pakistan soon. Speaking of Pakistan, Sushmita had reportedly dated Wasim Akram a few years back.

It was not the first time that Sushmita has recited a verse from the Holy Quran. In 2017, during an event in UAE, Sushmita Sen made headlines when she replied to a question with verses from the Holy Quran. Sushmita was attending a press conference in Sharjah for an event when the actress very beautifully answered one of the questions by reciting Quranic verse.

Sushmita was invited to the UAE for re-launching a famous home improvement brand, Danube Home. The actress also attended a press conference during which, one of the journalists asked her, “What message would she like to give out for Pakistan and India’s peace?”

In reply, Sushmita said her message was not just for Pakistan and India but for the entire humanity. Then the actress started reciting the Holy Quran and its verse from Surah Al-Asr. The actress further said the Quran, especially the particular verses from Surah Al-Asr, gives out a message of patience and endurance.

Sushmita can make a comeback to Bollywood

Fans on social media often ask Sushmita if she is making a comeback to films. According to the actress, she is waiting for the right script for her comeback. She might even don the cap of a film producer in the near future. Sushmita has acted in films like Sirf Tum (1999), Biwi No 1 (1999), and Main Hoon Na (2004). Let’s hope she makes a comeback to Bollywood soon.