Sushant Singh was very close to his sisters

During an interview with Hindustan Times, Sushant Singh’s father was in all tears, as he mentioned about the brave and generous soul his son truly had. Mr. K.K Singh, also mentioned how Sushant was afraid to tell his father about his actual dreams of pursuing acting. Hence, which is why, he had only informed his elder sister before leaving for Mumbai. 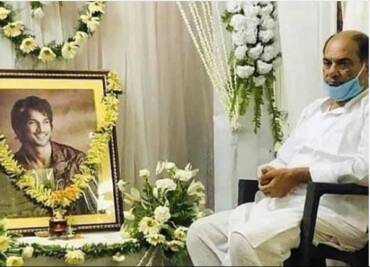 Mr. K.K Singh also shared about the determination and dedication that Sushant Singh had when he left home.  He said:

“He had a passion for this. Sushant was sincere but never rigid. Wo duniyadari se dur tha, apne vyaktitav ka pakka tha. Whenever he was afraid I would not give him permission”.

‘My son was a self-made man’

It breaks our hearts to see the brokenness that a father feels for his son. But what we find more upsetting and painful is how Sushant Singh Rajput was pushed towards depression.

“My son was a self-made man. He said I would get ahead based on merit. What happened in the end, I don’t know,”

Even though the final autopsy report declares Sushant Singh’s death by suicide, there is always a part of us that will be a skeptic because the Bollywood mafia didn’t leave the rising star much choice. 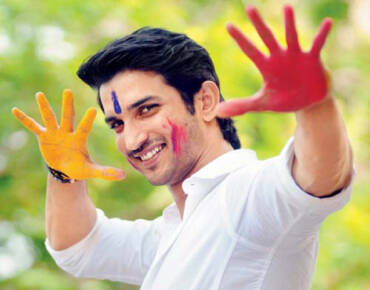 Bollywood’s rising star Sushant Singh Rajput was not only admired in India. Within a little passage of time, he was recognized and loved all around the world, especially in Pakistan, after his role in the television drama Pavitra Rishta. The minute Sushant Singh had bagged that role, his father mentions that he was very proud of him.

While talking to Daily, K.K Singh also told them:

“Sushant was born after so many prayers. Mannat se jo manga jaata hai, wo aisa hi hota hai. Wo vishesh aatma tha. He achieved so much in just a few years, he was a special soul. People cannot achieve so much in a lifetime.”

Being uninvited to shows, to bullying him by making fun of him, to a lot more Bollywood never gave him a chance. The man who dropped out of school and vowed to make it on his own with merit was ridiculed despite having a lot of potentials.

There is no doubt, that the Bollywood mafia is real and it is ruthless when it comes to nepotism. We hope that the petitions that are being signed against the flag bearers of nepotism be catered to and taken seriously. And all those involved in pushing Sushant Singh Rajput off the edge be punished severely.

In the end, we also want to say, that Sushant Singh Rajput was amazing and truly inspiring. And we pray for the justice to truly conquer the brutality of nepotism one day soon.

WATCH: Mahira Brilliantly Teasing Malik With Wife Sania When He Tries To Get Personal
Two Cents On The Ongoing Criticisism Regarding The Defence Budget
To Top