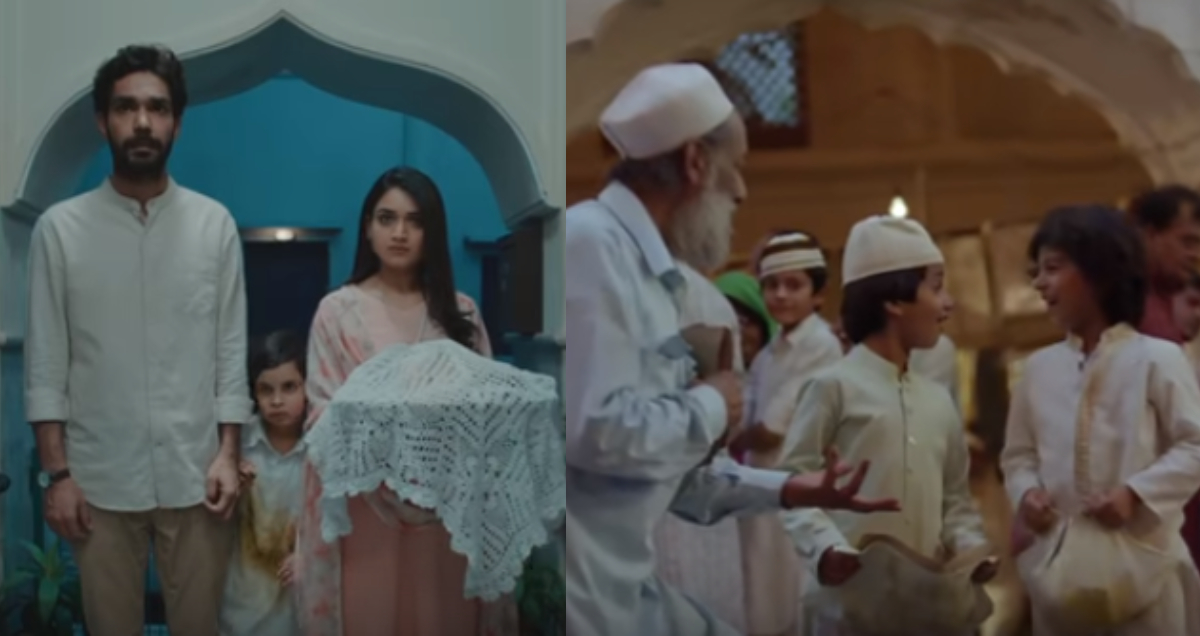 With the Holy month of Ramadan just around the corner, its time for all Muslims to maintain piety and give in to the basic restraint needed to get through this month. Ramadan isn’t just a month of abstaining, it is also the month of prayers and forgiveness.

Surf Excel, a brand that cares for the meaning behind actions, has kept a very true relationship with the month of Ramadan. In the past 3 years, they’ve introduced different campaigns that target aspects that link our actions, to the intentions, which are needed to celebrate the true essence of Ramadan.

Surf Excel’s 2016 #MadadEkIbadat showcased the story of a child, who wants to help an old vendor selling samosas just before iftaar. While he wears a beautiful traditional shalwar kameez, he takes the old man’s food items and starts selling them to people, in a bid to help the man out.

The TVC shows how little deeds go a long way and the brilliant performance of all the characters celebrate the unique essence of the month. The campaign was lauded by the masses because of the unique storyline and the emotional connection with it.

*Bravo, a huge round of applause, well deserved!*

In 2017, Surf Excel’s #NekiEkIbadat shed light on having high moral standards, in the shape of virtue, which is equivalent to praying as well. The Neki story of Shahid, a young boy who has just woken up for Sehri, remembers something very important. He grabs a handful of dates and takes off just before Azaan. He climbs walls, derails trenches, all dirtied up, but does not stop.

Shahid reaches a house, where an old man sleeps, without any knowledge of his alarm ringing. Shahid wakes him up and repeats exactly what his mother said, giving his ‘chacha’ a chance to do Sehri and keep his fast.

Muslims, especially those of the sub-continent, absolutely LOVED this campaign and made it go VIRAL on social media for the right reasons!

If you were present on social media during the days the campaign started, you’d remember how it went viral and people loved every bit of the video, from the performance of the actors to the perfect plot. Indeed, it was a hit for all the right reasons!

Surf Excel’s 2019 campaign, #EkNekiRozana, has to be one of the most emotional TVCs ever produced. The concept of doing a good deed every day takes a young kid to the market, where he gathers up traditional ‘fried’ items for iftaar. Not caring even a little bit about his neat clothes, he shoves the oily food in his pockets, with just one thing on his mind.

He makes a platter of everything he bought and takes it to his uncle’s house. The child does not know, neither care about why their family has fallen apart, but what he does know is that he wants an end to the fight. The scene changes to his uncle, standing on his door when the child’s father opens it. Surf Excel’s emphasis on doing good and fixing loose ends made a loud statement and wet every eye that watched this ad. *These tears are of happiness, nothing else!*

We’re definitely sure that Surf Excel will be coming up with a Ramadan campaign very soon, but we’re not sure what it will be. Just as every year, the campaign has grown stronger along with the message, one thing we’re sure of is that it is going to be something emotional, raw and thoughtful, as ALWAYS!

Here’s Everything You Need To Know About The Art Of Ralli Work In Pakistan!
FEMPROW – This Brilliant Initiative Is Changing The Game For All The Pakistani Women Out There!
To Top