These Are The Sunnahs Of Prophet Muhammad (PBUH) 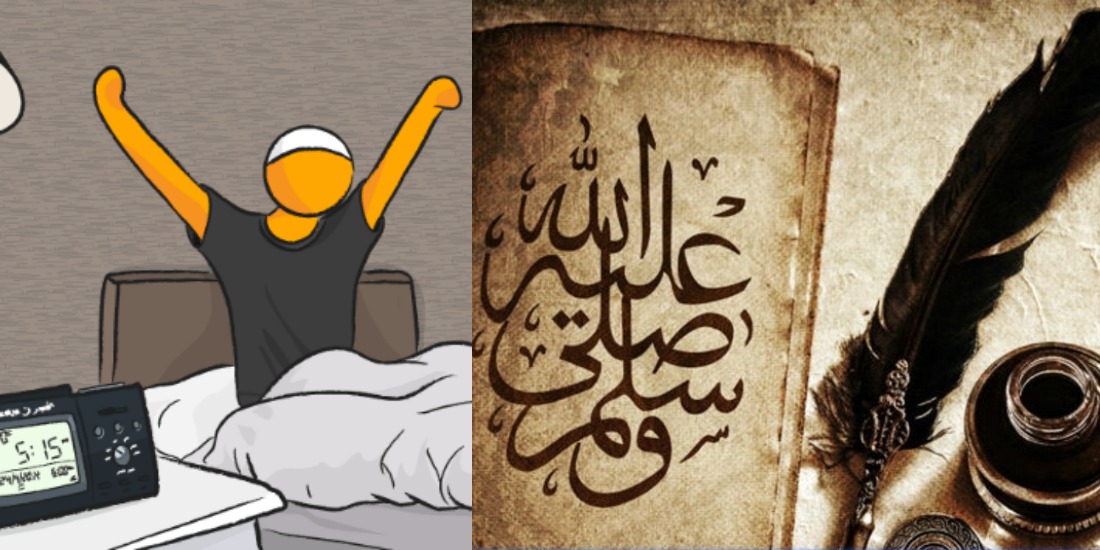 Islam is considered as perfect for a number of different reasons. Modern day science has actually accepted the concepts that were put forth by Hazrat Muhammad (PBUH) thousands of years ago. The Sunnats or Sunnahs of the Holy Prophet Muhammad (PBUH) are followed till day and are considered as a great source of knowledge and etiquettes.

Here is a list of some Sunnahs of the Holy Prophet (PBUH) with hadiths on the proper way of sleeping.

1. Before going to sleep discuss matters of deen with a family member 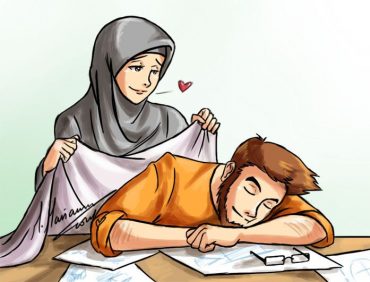 The Holy Prophet (PBUH) would talk to his wife and whilst he praise Allah Almighty, he would go to sleep. The Prophet (PBUH)’s blessed eyes were closed but his heart was always in the remembrance of his creator. The Messenger of Allah (PBUH) said, ‘My eyes sleep, but my heart does not sleep.’

2. Sleep in the state of wudhu

Al-Bara’ bin ‘Azib (May Allah be pleased with them) reported:

Messenger of Allah directed me thus: “Whenever you go to bed, perform Wudu’ as you do for Salat then (before sleeping) recite: ‘O Allah! I have submitted myself to You, I have turned myself to You, committed my affairs to You and sought Your refuge for protection out of your desire for You and fear of You (expecting Your reward and fearing Your punishment). There is no refuge and no place of safety from You but with You. I believe in the Book You have revealed and in the Prophet You have sent.”‘ Messenger of Allah added: “If anyone recites these words and dies during the night, he will die on the true Deen, and if he remains alive until the morning, he will obtain good. And make this supplication your last words (before sleeping).”

3. Sleep on the right side of bed 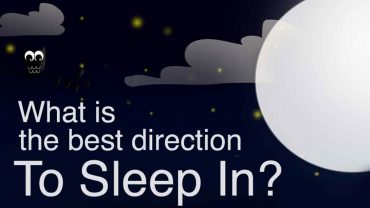 Al-Bara’ bin ‘Azib (May Allah be pleased with them) reported:

Whenever Messenger of Allah went to bed, he would lie down on his right side and recite: “Allahumma aslamtu nafsi ilaika, wa wajjahtu wajhi ilaika, wa fawwadtu amri ilaika, wa ‘alja’tu zahri ilaika, raghbatan wa rahbatan ilaika, la malja’a wa la manja illa ilaika. Amantu bikitabikal–ladhi anzalta, wa nabiyyikal–ladhi arsalta [O Allah! I have submitted myself to You, I have turned my face to You, committed my affairs to You, and depend on You for protection out of your desire for You and out of fear of You (expecting Your reward and fearing Your punishment). There is no refuge and no place of safety from You but with You. I believed in the Book You have revealed, and in the Prophet You have sent (i.e., Muhammad.]” Hudhaifah (May Allah be pleased with him) reported:

Whenever the Prophet lay down for sleep at night, he would place his (right) hand under his (right) cheek and supplicate: “Allahumma bismika amutu wa ahya [O Allah, with Your Name will I die and live (wake up)].” And when he woke up, he would supplicate: “Al-hamdu lillahil–ladhi ahyana ba’da ma amatana, wa ilaihin–nushur (All praise is due to Allah, Who has brought us back to life after He has caused us to die, and to Him is the return).”

5. Refrain from sleeping on stomach

Ya’ish bin Tikhfah Al-Ghifari (May Allah be pleased with him) reported:

My father said: I was lying down on my belly in the mosque when someone shook me with his foot and said, “Lying down this way is disapproved by Allah.” I looked up and saw that it was Messenger of Allah.

Following the ways of our Holy Prophet (PBUH) is very important for us. Sunnahs are considered as deeds that would benefit us in the world and the hereafter. The more Sunnahs we follow, the better it is for us.