Sunehri Mosque In Peshawar Opens Door For Women After 23 Years!

A big break-through for the women in Pakistan, as Sunehri mosque is now open for prayers for all. Officials took this decision on Friday, allowing women to enter the mosque.

We have seen women not being allowed in mosques for a long time now. On this Friday, the Sunehri mosque opened its gate for women as a gesture of peace and equality among the two genders.

15 to 20, women offered their prayers at the Sunehri mosque this Friday. Meanwhile, women residing in the neighborhood were encouraged to pray in the mosque. 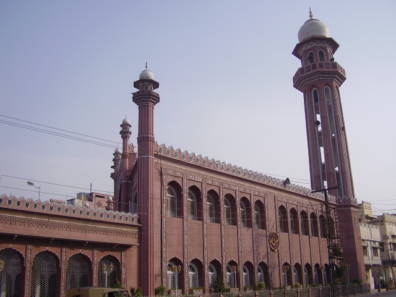 Furthermore, there will be a separate place for women on the upper floor of the mosque stated the banner. Moreover, the mosque officials are also making sure that they can facilitate women during the eid prayers as well.

Due to violent methods taken by the politicians of Pakistan, in 1996, the mosque had to ban female preachers. The same arrangements were made in 1996 for women, recalled ex, Imam.

Also, during the sermon, the Imam enlightened the worshipers with the problems women have been facing. He also exercised his thoughts on how women should tackle day to day difficulties.

Kousar Shah, 45, also expressed her stance on the decision taken by the mosque. She stated that she was delighted as she could now practice her religion closer to God, as she spoke with local media.

Troubles of women in Pakistan

We have seen how men like Khalil Ur Rehman have been trying so hard to oppress women and women like Marvi Sarmad have been defaming the women of Pakistan.

As of today, we saw how women in Gujranwala protested peacefully for their equal rights. Moreover, women in Gujranwala believe that their bodies are the property of God. And that no one else has any right except God. This peaceful and calm protest makes us think about the rationality of the good that comes out of men vs women. Just yesterday we heard the news of a 2-year-old girl being raped by her driver. And we hear such news on a daily basis now. As saddening it is to our hearts, we cannot overcome the fact that it is time to understand that women in our society need to be given a valuable place in society.

We understand that these problems are not going to solve overnight. However, the long cut short, we hope that people understand that men and women are different in many ways. You should always know the difference between being a feminist, anti-feminist and humanitarian.