On Saturday, the report regarding the sugar crisis in Pakistan was made public. PM Imran Khan had created two committees supervised by the director-general of the Federal Investigation Agency (FIA) and involving a senior officer of the Intelligence Bureau and the director-general of the Anti-Corruption Establishment of Punjab to examine the reasons behind the crises.

As per the report, the main beneficiaries of the crisis are Jahangir Tareen, the ex-general secretary of Pakistan Tehreek-e- Insaf (PTI) and Federal Minister for National Food Security Makhdoom Khusro Bakhtiar.

After the creation of the committees, Imran Khan had frequently resolved to show and punish those discovered liable for the sugar and wheat crises to prevent the occurrence of such instances. 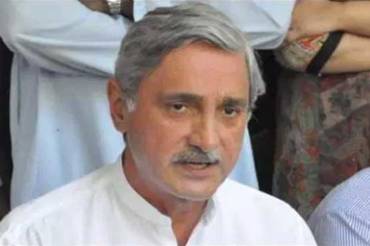 Notwithstanding Jahangir Tareen’s claims, the 32-page report, reveals Pakistan Tehreek-e-Insaf government’s resolution to permit the export of sugar created a 30% rise in its price.

“The exporters of sugar gained benefit in two ways: first they were able to gain subsidy and secondly, they made a profit from the increasing sugar prices in the local market,” as per the committee.

The committee report exposed that PTI’s former secretary-general Jahangir Khan Tareen and Federal Minister for National Food Security Makhdoom Khusro Bakhtiar went away with Rs 1.03 billion payment on the export of sugar, repaid from the taxpayers’ money, which was equivalent to 41% of the total subsidy the government of Punjab repaid to sugar industrialist.

“Sugar mill owners who availed maximum subsidy had political clout and influence in decision making and they tried to gain maximum benefit in a very limited time,” explained the report.

The PTI government’s choice of allowing the export of sugar led to a hike in the retail price, as per the committee’s main findings. The federal and the provincial administrations neglected the advice of low sugar stocks and rise in prices, it continued.

The report stated that despite the obvious considerations of the stock position after subtracting the necessary reserves, the Sugar Advisory Board did not prevent the export of sugar.

“To establish the manipulation and cartelization of sugar mills concrete evidence is required” however “very few control” the industry”. According to the examination committee, Six groups control approximately 51% of the production of sugar in the country. 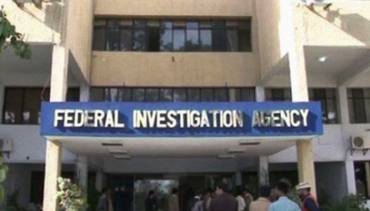 “The Punjab government was providing the subsidy for export of sugar at a time when the price of sugar was increasing in the domestic market,”  the inquiry committee stated.

“The committee is of the considered opinion based on documentary evidence that the export of sugar was not justified as the sugarcane production was expected to be low in the upcoming harvesting season.”

“The quantity of sugar produced seems to be sufficient for annual national consumption,” observed the inquiry committee.

The ex-general secretary of Pakistan Tehreek-e- Insaf (PTI), Jahangir Tareen stated that out of the Rs3bn subsidy to the sugar mills, Rs2.5bn was sanctioned when the PML-N was in government.

Some points to note on sugar inquiry report
1..My companies exported 12.28% while my market share is 20% so less than I could Have
2.Export was on first come
First serve basis
3.Of the total Rs 3 bn subsidy rec’d Rs 2.5 Bn came when N was in power and I was in opposition 😊 pic.twitter.com/T25Cu2FT60

On the advice of the Inquiry Committee, an inquiry committee has been set by Prime Minister Imran Khan under the Commission of Inquiry Act of 2017, to find further links.

The committee has already commenced its work and nine units are doing a forensic audit of mills, which includes the sugar mills controlled by Jahangir Tareen. The commission will finish its work in a span of 40 days.