Sudanese Military Is Turning The Revolution To A Deadly Massacre And People Around The World Are Standing In Solidarity|Parhlo.com

An Attempt To Halt The Sudan Revolution

Sudan had been under the Dictatorship of Omar-Al-Bashir for the past 30 years who was overthrown in April which eventually gave rise to a rift between the Sudanese civilians and military. Initially, people were happy about finally getting free from dictatorship but as soon as they found out the news about the new government being made by the military, revolutionaries came to protest.

After months of a peaceful sit-in around the military headquarters when the protesters refused to step back from their demand, the military decided to go for a brutal crackdown.

The protest in Sudan was so peaceful that it was becoming an exemplar for the world. A picture of a revolutionary woman was viral on the internet prior to the crackdown and became the symbol of revolution

What Is Happening In Sudan Right Now

Khartoum is completely under military occupation. People are terrorized of hearing gunshots everywhere. There are reports that snipers are installed in some abandoned buildings. Whether it is true or not, it is enough to let people not put their lives at risk.

El-Tayeb member of Sudanese Professionals Association (SPA) says the terrible events happening in Sudan are indescribable. Talking to Nature, he added that heir group is still trying and counting to identify the deaths. There are hundreds of fatalities and bodies have been thrown in the Nile, alive or dead.

He says the militia groups are killing young people’s dreams and bodies.

Life At Sudan Is Completely Frozen.

Schools and Universities are shut, the connection to the outer world is jammed and flights are suspended. People are being forced to stay in their homes to keep themselves safe from the wild slaughtering and raping of the army on the streets. Even the politicians who are speaking against the blood-shed are being arrested.

The only route of information to the world about the situation in Sudan is via the relatives of the Sudanese living abroad who are still somehow in contact.

Shooting Inside The Hospitals

RFS was also reported to have raided three hospitals in Khartoum. In the raid they shot at the wounded who were brought to the hospital for treatment. The shocking inhumane atrocity was observed on Tuesday. When the news got out people were devastated.

Doctors were also arrested during the attack for providing treatment to the victims.

It would be an understatement to say that the massacre is simply bloody. It is more than that. The government-backed militia group have reportedly killed and sexually abused at least 19 children and left them to rot in schools. Militants also threatened the reporter who tried to access the ransacked school. 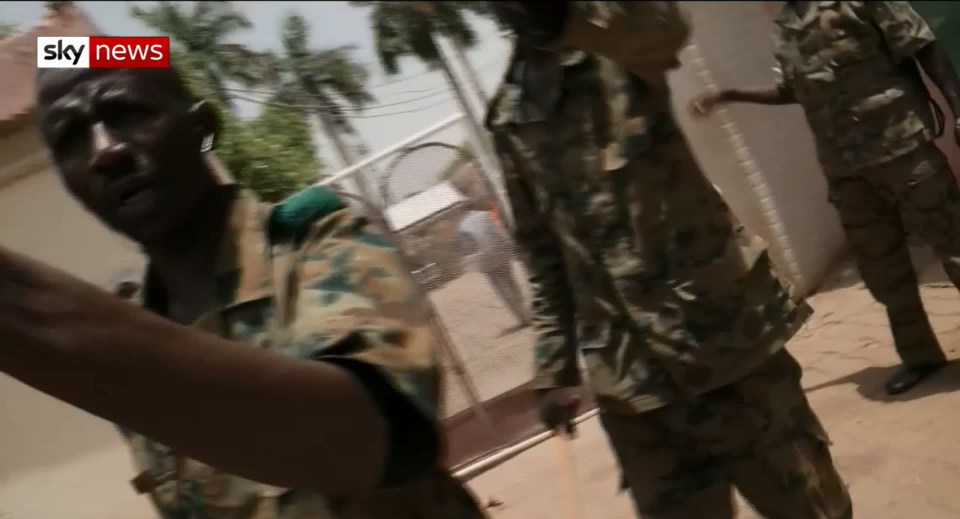 Paramilitants Have Carried Out More Than 70 Rapes

Last week, In an attack at a camp in Khartoum more than 70 rapes were carried out by the military group. A doctor confirmed the number through the data compiled by the central committee of doctors. The rape cases recorded were of both men and women.

All of this only because the nation wants to have a transition to civilian rule and want to be given the right to vote. The even more questionable fact is that the international community is silent on the massacre being held against a fair demand like democracy. Violating a peaceful protest is an open preach against basic human rights.

Also Read: A Brief History Of The Extensive And Deadly War In Syria Which Killed 500,000 Humans

However, People On Social Media Are Changing Their Display Pictures To Blue Color In Solidarity With Sudan Revolution

The awareness about the atrocities in Sudan was spread like wildfire. The major role was played by the blue color campaign on social media. People started putting up the blue color as their display picture with a hashtag #prayforSudan to represent solidarity with Sudan. As soon as the blue wave crashed, everyone was encouraged to put up the color.

The silence is of great concern. Pray for Sudan #SudanMassacre pic.twitter.com/Q2h3oboDPu

Shahd Khidir, the Sudanese beauty influencer, spoke up against the massacre in her homeland. Khidir is currently the citizen of US and says its really hard for her to talk about it but she is filled with emotions. Her friend went lost for 4 days. When she finally got in touch with him he told her that he was caught beaten humiliated and abused. Adding that he was murdered by the rapid support forces.

It’s really hard being an influencer and sharing information that is “off brand” and not worthy of the “feed” but I cannot hold this in anymore. I am at my office crying because I have so many emotions in me and I feel horrible. There’s a massacre happening in my country Sudan’s and a media blackout and internet censorship for four consecutive days. There is no objective media sharing what’s going on expect for @aljazeeraenglish which had their offices shot down. My friend @mattar77 was MURDERED by the Rapid Support Forces. My best friend was in hiding on June 2 and that’s the last time I spoke to him. He was missing for 4 days and when I got in touch with him he said: “I was caught, beaten and abused and humiliated and arrested and had my phone confiscated from me. I am injured currently.” And all I could do this post this. I am sorry to all companies I am running campaigns with but my editorial calendar is currently on pause. I am willing to refund all and everything right away. Please, just send me an email. To my followers/supporters who this is too much for I am also sorry but my regularly scheduled content/reviews is also on pause. If this offends you, I am sorry. But I need to speak out and share this in a time like this. If you want to support me please share this information as widely as possible and don’t be silent. Be an ally because we need your help. And tune into my stories for more information. THE INTERNATIONAL COMMUNITY HAS BEEN SILENT. #sudanuprising #sudanese_protest #مجزرة_القيادة_العامة #عيد_شهيد #اعتصام_رويال_كير #اعتصام_القيادة_العامه #السودان @wawa_waffles @sudanuprising.updates #sudanrevolts #sudanuprising #iamsudan #iamsudanrevolution #sudanese #freesudan

She shared the story for it to reach to as many people as possible so they could also get the awareness of the situation and stand in support.

Also Read: An Open Letter To All The Victims Of Prevailing Humanitarian Crisis

No Hope For Change In The Rule Of Military

A Sudanese mathematician stuck in Dubai due to fly to suspended flights talked to Nature about the spirit of the academic community.  Muhammad Hassan said that initially, the academic community was very optimistic regarding the brighter future for education, science, and technology in a post-military Sudan. 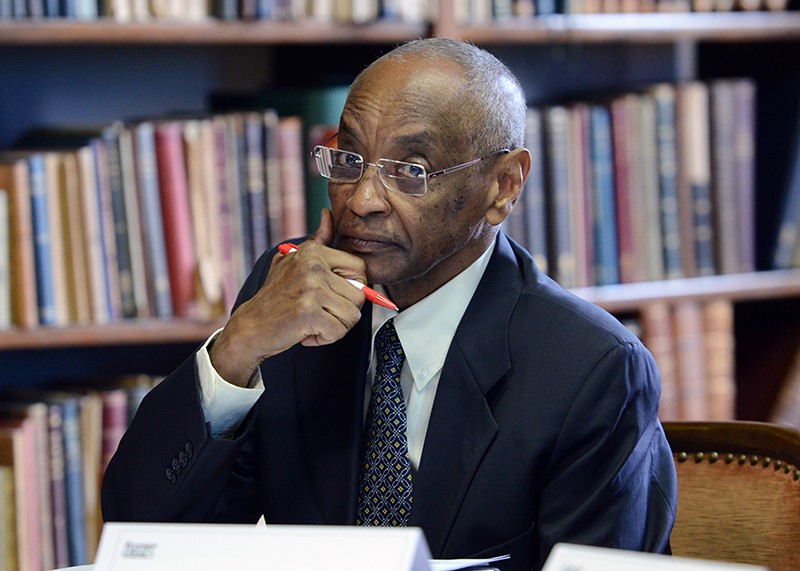 But now the situation has turned half-way in the other direction. If the rule of Military Council remains, he sees no chance for any independence of the universities. The system will almost remain the same as before.

Sudanese Are Not Letting Their Dream Of Democracy Die

Despite the military’s forced efforts to end the civil disobedience, none of the activists are low on spirits for revolution in Sudan. They are calling the victims of the massacre “martyrs of the revolution” and are raising their voice against the brutal crackdown. The civilians are still retaliating as much and the pro-democrats are still demanding a free civilian rule.

What do you think about the Sudan revolution? Let us know in the comments

We Are Worrying For The Future Of The Viral ‘Peeche Dekho’ Kid Ahmed Shah
Imran Khan Shared The Limelight With World Leaders AT SCO, While Modi Was Left Ignored!
To Top