Discrimination against Muslims in India has increased to a great extent under the rule of Modi-led Bharatiya Janata Party (BJP) over the past few years. The party is full of ministers who don’t even consider Muslims as their citizens.

A video is going viral these days featuring one such BJP leader Subramanian Swamy, who is claiming that India is in peril because of Muslims. He is now facing backlash over his bigoted comments.

Muslims are a threat to India, says Swamy

In a video snippet shared on Twitter by VICE, Swamy said, “On this approach, the country is with us. Most people like our hardline approach to solving problems.”

Stating that the state cannot be responsible for the current situation with the protestors. He made some shocking remarks, revealing the long lost abhorrence and bigotry for the Muslims.

“We know, where the Muslim population is large. There is always trouble. If Muslims become more than 30%, that country is in danger.”

Moreover, he asserted that Article 14 of India is purely confounded. Provided the fact that it bestows equality to equals, where Muslims certainly not belong to the equal category.

The RSS inspired BJP leadership in the 21st century openly speaking about the 200 million Muslims just as the Nazis spoke about the Jews. pic.twitter.com/MUiyqpgGDJ

Since 2019, Muslims of India have been laying their lives as a protest against the Citizenship Amendment Bill (CAB). This nonetheless, states India as a secular state, bestowing non-Muslims to acquire Indian citizenship.

Pronouncing it as “driven by a toxic mix of an extremist Hindutva ideology”. PM Imran in his delivered UN Speech enumerated that the bill violates all norms of international human rights law and bilateral agreements with Pakistan.

Pakistan also denounced the bill, stating, ” A complete violation of the Universal Declaration of Human Rights. And other international covenants on the elimination of all forms of discrimination based on religion or belief.”

“The Lok Sabha legislation is also incomplete contravention of various bilateral agreements between Pakistan and India; particularly the one concerning security and rights of minorities in the respective countries.”

“The latest legislation is another major step towards the realization of the concept of ‘Hindu Rashtra’.” 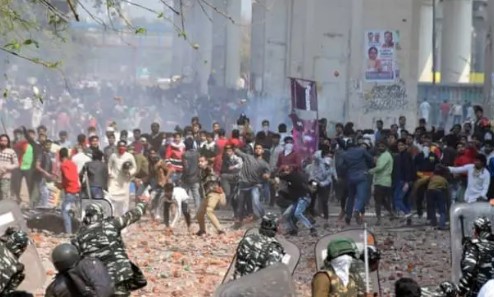 “It is also a clear manifestation of interference in the internal matters of neighboring countries based on religion.”

“Equally reprehensible are India’s pretensions of casting itself as a homeland for minorities allegedly persecuted in the neighboring countries.”

“We condemn the legislation as regressive and discriminatory, which is in violation of all relevant international conventions and norms; a glaring attempt by India to interfere in the neighboring countries with malafide intent,” concluded the statement.

Swamy has repeatedly defended the CAA and had earlier termed Sonia Gandhi as a “true Nazi” for saying that the law discriminates against Muslims in India. He also claims that the CAA would not affect Indian Muslims.

What do you think of this topic? Tell us in the comments section below.