The Struggle Stories Of These Pakistani Entertainers Is

We always admire the lifestyles of celebrities, renowned personalities, and famous politicians. Often, a feel of a twinge of envy for them passes in us as well. Their extravagant and trendy attire, perfect gorgeous looks and their well-to-do backgrounds are enough to persuade commoners like us.

Aside from being impressed by their lifestyle, have we ever wondered how much effort they put into achieving this level of success? Apart from being quite famous and popular, if not all then many are known to be down-to-earth people who never seem deplorable while sharing their childhood memories, their past and the struggles they faced during their careers.

Listening to other people’s lives and struggles always give us a perspective that no matter how terrible times are for you right now, with patience and consistent hard work, things will eventually get better.

These heart melting stories not only motivate us but also make us stop crying for opportunities which get futile. Here is the list of few Pakistani celebrities or let’s say, inspirational Pakistanis who set their goals of life and put as much effort as they could for sitting on a level of success they are on today.

One of the most popular singers in Pakistan who is not only winning hearts here but continues spreading his charm in India and Hollywood as well. His performance in Reluctant Fundamentalist and Man Push Cart proved how long way Atif has come in his career.

Recently, Atif Aslam told in an interview that he misses his childhood because of the freedom he had. “With the pocket money of Rs.10 or 15, I traveled in local wagons and buses for reaching the destination. Whenever my friends used to buy biryani, I loved to pick the piece of chicken from their plates. I miss those days. The struggle was there, but it was fun too”, said Atif.

The stunning, straightforward and versatile actress in Pakistani drama industry, none other than Saba Qamar. She never acts in the serial, she is actually the part of that story herself.

Last year on Eid, she revealed in an interview that, “For the sake of Rs.1000, I neglected my shattered health and reached theater on time for performance in the drama. The female director literally kicked me off after the performance and handed over me Rs.500 only. I am successful now but God knows what would be the future. I wish I would never do the same like people did with me.” The chubby Boota of Toba Tek Singh, the flirty Aashiq Hussain of Rang Laga and thunderous brother of Bashar Momin, none other than Faisal Qureshi. He had to support his family at a very young age because of the early death of his father. Like his mother Afshan Qureshi, he made his debut as a child actor in 1992 and after that, he never looked back! 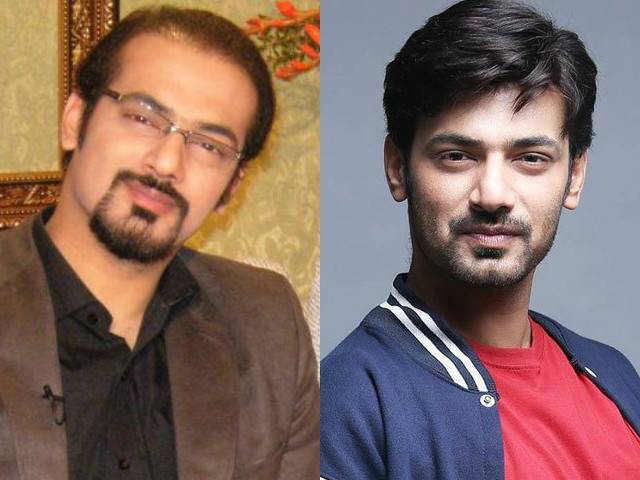 Last year in September, Zahid Ahmed shared his life story from his official Facebook account in which he outlined how he was the “zero” who became a “hero”. He requested his fans to be inspired instead of passing on sympathies to him.

The inspirational stories of these celebrities should be a lesson to those who always cry over their problems. While their problems may be difficult for them to handle, one needs to keep in mind how everyone will have their own time to shine one day.

These Pakistani Men From A Tribal Area Are Breaking The Internet & You Need To See Why!
Young Cancer Patient Abdullah Becomes SSP Traffic For A Day in Faisalabad!
To Top