Strings Brings New Album 'Strings30' Along With Its Audio Cassettes!

‘Bring the retro back’ is what one of Pakistan’s most iconic 90s band STRINGS is up to after making a come-back with their new album by the name ‘STRINGS 30’. This sums up the two surprises this pop-rock band just unleashed on us. But before we dive into the exciting part, let’s get a few things out of the way for the newbies.

The band originally comprised of four members but once they decided to break apart due to their own goals such as education and whatnot, they never regrouped. In fact, only two returned to continue on the legacy of STRINGS; Bilal Maqsood and Faisal Kapadia. 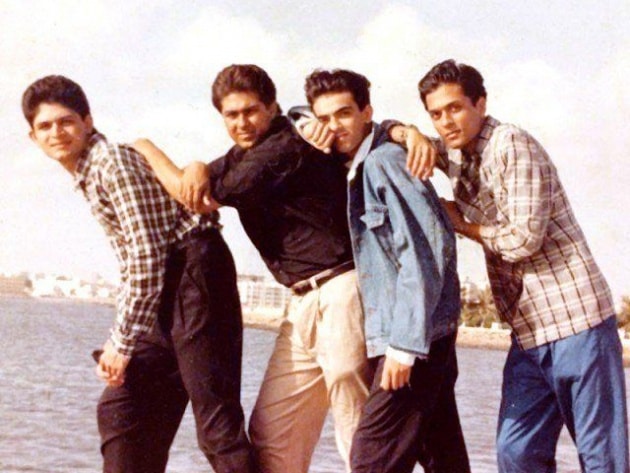 Apart from Strings, Bilal and Faisal, they produced Coke Studio for four long years. Either as musicians or as a band. They didn’t let their talent, experience, and passion go to waste. In an interview with the Daily Times back in 2018, talking about their years spent in the music industry, they said,“Thirty years in this industry releasing our own music for the longest time and then working with brilliant musicians of Pakistan in ‘Coke Studio’ and now working with the new talent of Pakistan, I mean God has been super kind to us that we get these opportunities.”

Now, they are back again with a bang. In fact, ‘BANG’ would be an understatement. They have released an album celebrating their 30 long years as STRINGS. But, there’s more. Being the musicians of the olden days where cassette players were a luxury to have; STRINGS released their new album on a limited run of audio cassettes.

Look at the excitement on their faces.

They even have a message for the fans. The caption reads, “Make sure you enjoy the tracklist back to back the way we used to before streaming services!”

‘Back the way we used to’ is not relatable to the young-old-souls of this time who play their music on their latest smartphones, but the oldies will be glad. Many who are their fans but have gotten rid of their players might be regretting at this point, but at least you can listen to their new album the ‘modern-way’ or ‘few clicks away’.

This fan is definitely prepared and even has the player!

Absolutely! It’s a site for many sore eyes.

STRINGS updating on the various digital platforms Strings30 will be available on.

They got everyone covered. Something for everyone!

Glorious is how one should define their move bringing the good-old-days vibe back. They have definitely taken Pakistan on a nostalgic trip; back to cassettes, radio and dial-up connections. Thank you STRINGS!

Are you excited about their new album and those cassettes? Let us know in the comment section below!