This Stray Cat Was Killed And Hanged On An Electricity Meter And It Is Really Heartbreaking!

As humans are considered to be the prime creatures to invade the planet earth, animals also deserve the same kind of living rights. Depending on the recent areas of concerns humans don’t pay any heed to, neglecting animal rights is also a major part it. Every day, we witness some stray animal being kicked or shooed away by bystanders for just passing by and no one to protect them. Their existence may not be on their control but we as humans can at least treat those precious lives with love.

Are we even humans?

Recently, a case of animal abuse came in and people can’t stop cursing the person who did it. A cat was found hanging on an electricity meter after being killed in a Karachi building and it is really disturbing. Pictures of the dead cat were then posted on a Facebook page named “Ok Pets Club” and Pakistanis can’t stop showing loath over them. 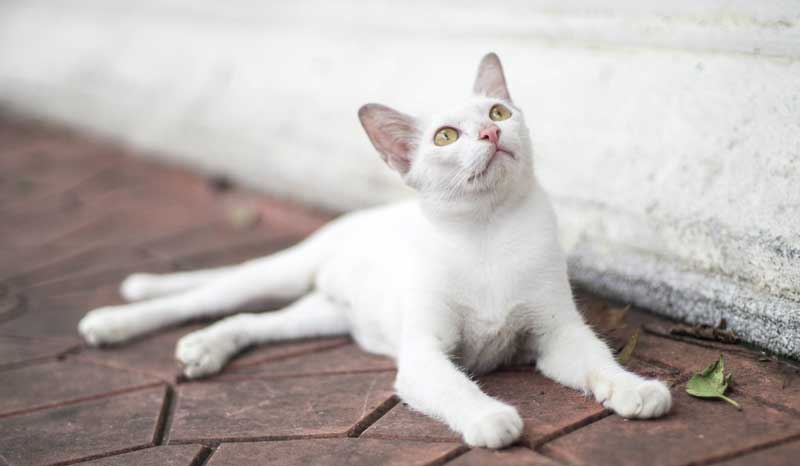 This is the post that went viral over social media! 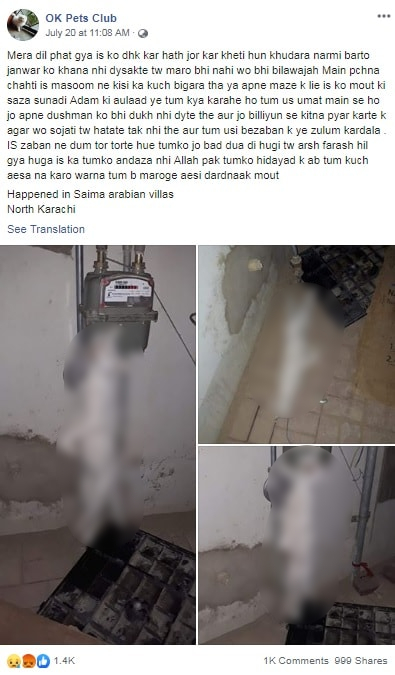 Happened in Karachi’s North Karachi area in Saima Arabian Villas, the post threw extreme criticism on the wrongdoer. Being cruel to an animal who can’t even fight back is also a crime. No matter, what the cat was doing, killing it first and then leave it hanging doesn’t compensate your unjust acts.

Donkeys; the most underrated animals of all time!

There have been many cases of animal abuse in the past as well and will be coming in the future too. The point which rises above is the fact that why can’t be there any official rights or policies to stray animals. Talking about animal abuse, Donkeys are the biggest victim to it and no one to look after them. 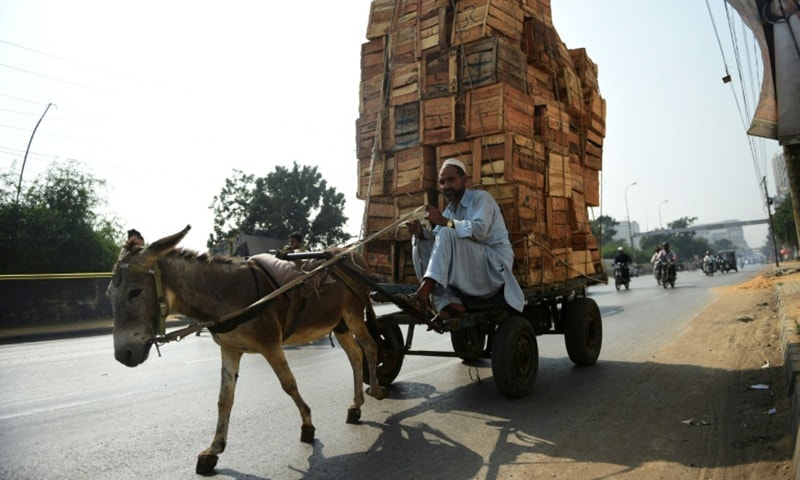 In our everyday routine, we see donkey carts being pushed to a level that sane minds can’t even look through. The rods which are shoved in that precious animal’s mouth is made of steel and the current hot weather make the rod extremely hot which then cuts off the donkey’s mouth with time. Because of that rod, donkeys can’t even shut their mouth properly and is often seen screaming with pain. The animal bears this cruelty every single day and is beaten as well while the owner doesn’t even feed the poor soul properly.

Check out: Peak Of Animal Abuse In Karachi: 900 Dogs Poisoned And Their Bodies Dumped In The Streets

It is an urge to the government of Pakistan to create some proper laws for animals too so, that these poor stray animals are not sidelined anymore. And strict action should also be taken against the person who is involved in such activities.

Have something to share with us on the story? Let us know in the comments section below!

OGDCL discovered New Oil And Gas Reserves In Sindh And This Might Resolve Pakistan’s Energy Crisis!
There’s No Room For Gangsters Like Zafar Supari In Naya Pakistan!
To Top