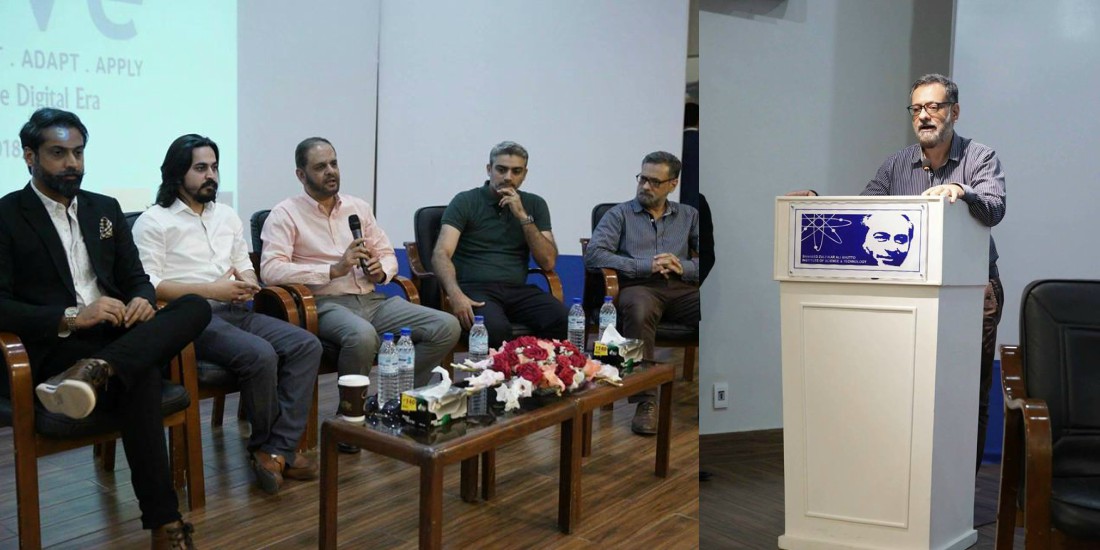 This flagship event marked the initiation of Evolve, which aims to open a window towards the digital world which is impending to take the future by complete storm. Evolve aims to bridge the distance between the conventional and the digital world.

Dr. Kaiser Bengali took the stage to inaugurate the event by announcing the continuation of “Evolve” every year. The seminar was graced by the market’s eminent personalities, namely Amir Adnan-Designer and Entrepreneur, Zahid Jivanji-COO Cambridge, Daniyal Naqvi-Head of Sales-Daraz.pk, Raheel Yousuf-Head of Digital Marketing HBL, Shahzad Anwar-Head of Brands TCS E-Com and Bilal Habib-AC Neilson UK. These esteemed figures enlightened the students of SZABIST with their diverse experience and divergent perspectives on the digital marketing. 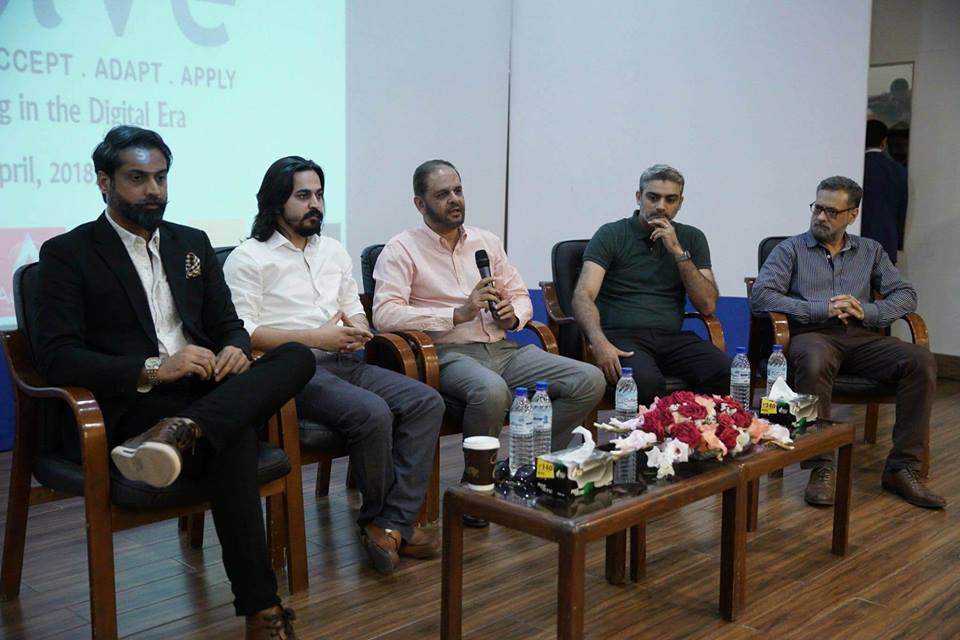 The seminar began with some interesting insights on how the marketing has evolved over the years. All the panelists agreed that there has been a drastic shift from conventional to digital marketing. However, the roots of the traditional marketing are still intact, at-least within the third world countries. 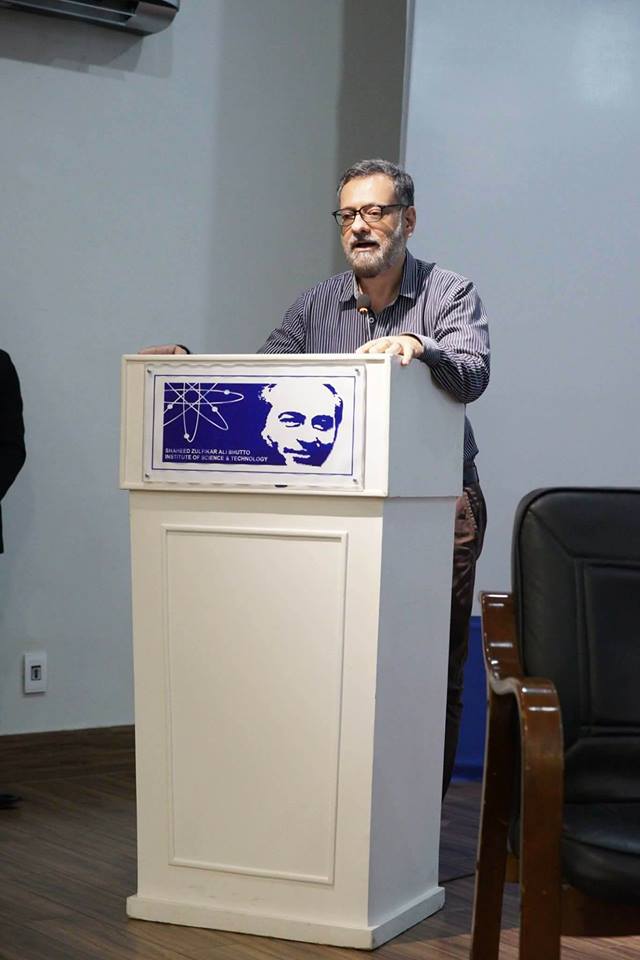 Contrary to that, Mr. Daniyal Naqvi mentioned that the world and Pakistan are not far away from completely going digital. He said, “The concept of Etailing is reforming the conventional marketing efforts.” He further added, “One of the biggest advantages of digitalization is Performance Marketing.” Mr. Shahzad said, “It is not a cultural shift, but a trending one, it is a world of survival of the fittest.”

The statement was agreed upon by Mr. Raheel Yousuf, who talked about the marketing of HBL-iD, a youth-targeted project, being the pioneer of marketing via Snapchat in Pakistan, to reach out to the youth, as it is the need of the digital time. In continuation of the conversation, Mr. Zahid Jivanji added to the perspective by accepting digitalization as the means of approaching the maiden areas, and the concept of bricks and motors dying slowly, but he said it is not completely evitable. 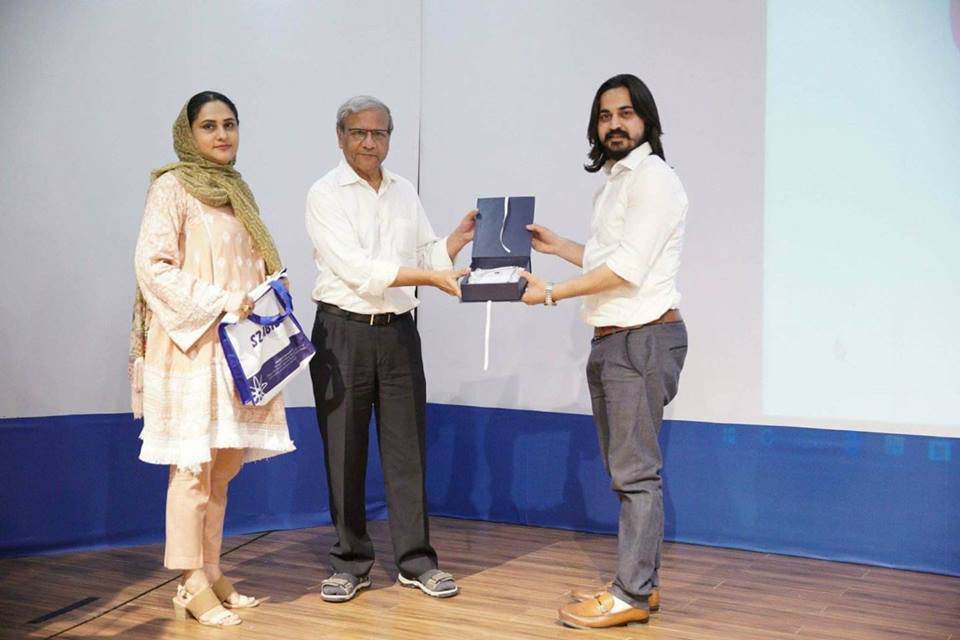 Mr. Bilal Habib, upon asking about the scope of digital market in the world, he conceded to the fact that the west is more prone to digitalization at this hour, but due to the generational change, the digital wave is bound to hit the entire globe. He further mentioned that the benefit digital marketing comes with is that the marketing efforts are easily trackable.

The crux of the conference was that the traditional and digital marketing continue to coexist in Pakistan, but for the time being, as the future is entitled to digital. The key for the success of a business can not only be the mode of it, rather it is to optimize costs and bring about results impacting the organizational strategic goals by using whichever of the mentioned marketing strategy the need serves. 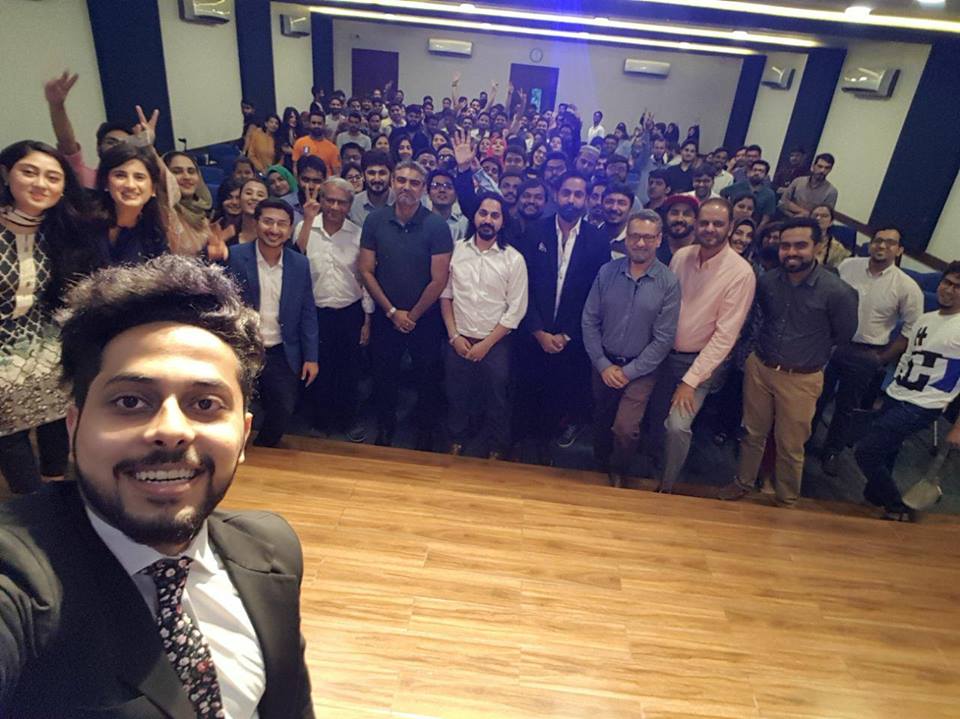 The event was made possible by the sponsors who included Day fresh, Hamdard RoohAfza, SAMAA FM 107.4, Dunia News, Audionic, and Parhlo. The generous sponsors supported the event by facilitating eateries and giving media and content coverage to the event, to make Evolve a triumph for SZABIST. The event was a phenomenal start to the journey of Evolve and was proved to be a huge success among the students as well as the panelists.