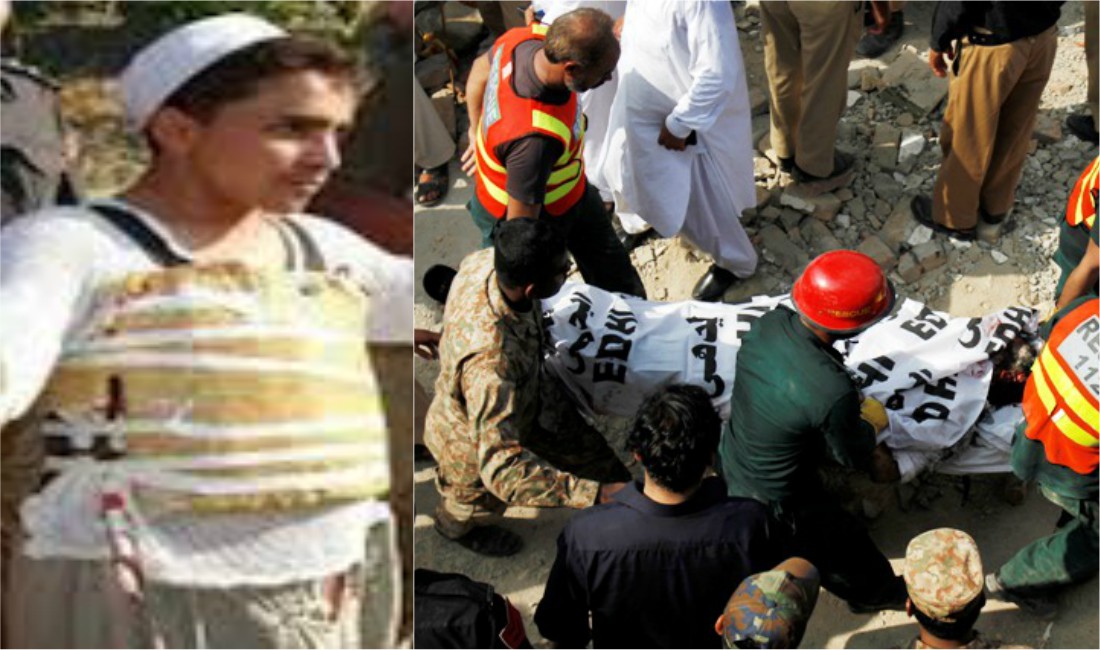 It was Friday. I left my office at 1 pm for the Jummah prayers. I was dressed in my traditional outfit.

The mosque was a ten-minute walk away from my office. As soon as I reached there, I started doing my wuzu for the prayer. During the process, I noticed a person beside me who was doing the same. However, he looked quite uncomfortable, upset and worried. He was mumbling things to himself, unable to focus on his surroundings and on what he was doing. He looked as if he was just about to cry. I assumed that he was sick and maybe needed help, so I thought of offering him help, but then I decided against it since I knew I would miss my prayer, so I just let it go.

After I finished my prayers, I was heading back to my work when I saw the same person sitting in a corner, with the same uncomfortable and stressed face. He was immersed in his deep thoughts and was consistently reciting Allahu Akbar. I was now quite sure that he was sick. I stood there observing him and wondering whether I should ask him what was wrong when I saw that he had suddenly started crying silently.

I thought it would be good to offer him help because he looked like he was really in need of it. I headed towards him and started, “Brother, are you alright, do you need any help?” He went quite and replied that he was fine and that I didn’t need to worry and should leave because he needed time alone. I wasn’t convinced by his reply and went closer to see what was wrong, but he quickly moved away from me, as if he was scared of me.

However, I did not leave and kept observing him. He looked sick and immensely stressed, and would instantly move away whenever I tried to go closer to him. Most of the people were now finishing their prayers and heading out, the mosque was now beginning to get vacant. I decided to sit with him and try asking what was the problem with him. I thought that maybe he had committed a big sin and was asking for forgiveness from Allah. This made thousands of thoughts swirl in my mind as to what he might have done, which made me uncomfortable and worried about him. 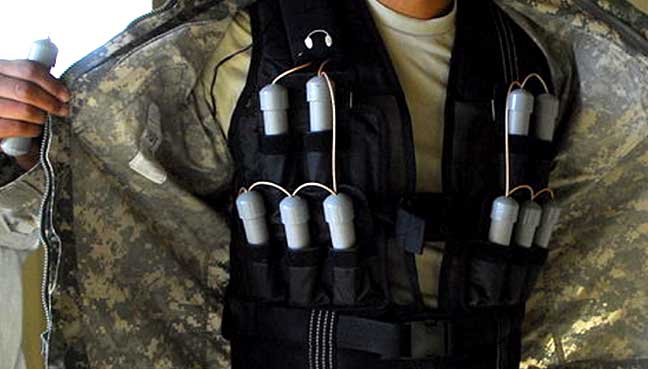 “Listen, I have no idea what is wrong with you and why you are upset, I just want to tell you that whatever you have done, Allah will forgive all your sins, and He will always be there for you at all times, He will help you at any time that you call Him. He never leaves us alone, so just pray and He will help you solve your problem and will forgive you. He knew that we are not perfect, this is why He gave us guidance through Quran. Just pray, and everything will be alright. I will also pray for your well being.”

After saying all this, I was about to get up and leave when he started crying loudly and pleading for forgiveness. I took his hand in mine and started massaging it. I asked him to share his problem as it would at least give him some relief. After he had finished crying, he took a deep breath and started. 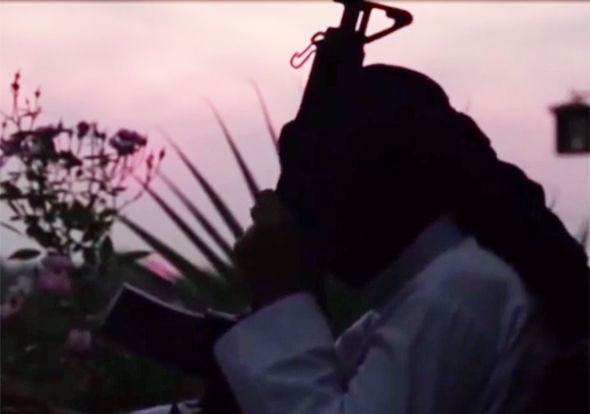 “My name is Zaheen, I live with my family of three children, a wife, and my parents. I have a good job too.” I wondered why he was so worried when he looked like he was living a fairly good life. Maybe he had committed a big sin and was asking for forgiveness, I prayed for the well being of his wife and children. Or maybe he was going through some financial crisis, I knew I would help him if that were the case. I lightly pressed on his hand to encourage him to go on. “I am here to blast this mosque today. I have three bombs tied around my waist that will blast as soon as I get up.”

I was left in utter shock upon hearing this. He was a suicide bomber and was here to blast this mosque and hundreds of people who were engaged in their worship to Allah, and I was sitting there, trying to help him. I tried to control my thoughts as I felt like I was going to fall unconscious.

“But why? Why are you trying to kill your own brothers? You know that everyone here has a family and children to turn to, just like you do. You are trying to blast this mosque, that belongs to Allah, and where you were sitting a while ago and weeping for forgiveness. Why do you want to be responsible for the deaths of hundreds of people? You know that killing an innocent person is to kill the whole of humanity, why then? Are you ready to take that responsibility on yourself? You know that you will burn in Hell after doing this, are you ready for that?” 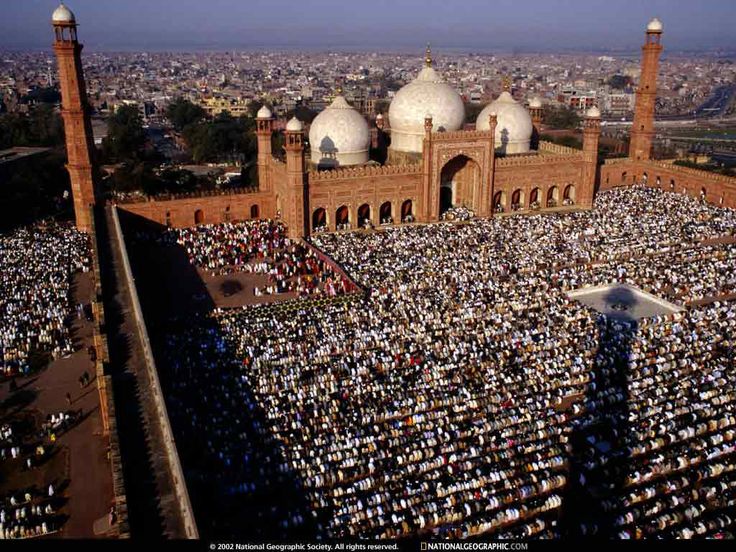 I tried to convince him to not do that, as our religion was one of peace, love, and respect. Allah had ordered us to follow his instructions and not harm any being on earth because they belonged to Him and we didn’t have any right over them.

“Why do you want to kill these people? What harm did they ever did to you? Did you not think about their children and how they will keep waiting for their fathers for the rest of their lives? Did you not think about your children? You know it yourself that what you are doing is wrong and will remain unjustified forever.” He listened to me with attention and nodded his head in understanding. When I was finished, he started talking.

“Whatever I am doing, I am doing it to serve my religion. I am trying to send a message to the enemies of Islam that we wouldn’t hesitate in killing them too if we do not hesitate in killing our own people. Now, what these people think of me is not more important than my job to serve my religion.” I was astonished at his determination. “So you want to kill these Muslims to save other Muslims? What kind of protection is that? Wouldn’t this make them more insecure? 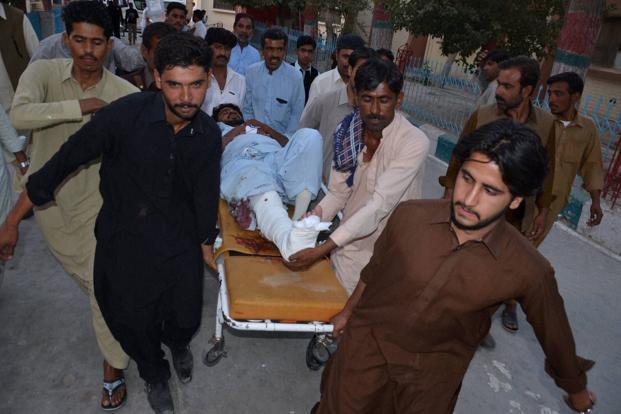 Muslims are being killed all around the world and then, they are declared as terrorists. We have been killed in Burma, Afghanistan, Iraq, Syria, Pakistan and everywhere else in the world. The only mistake we have ever made is to follow the instructions of our Lord.

Listen, I agree with all that you have said, but if you kill these people today, you will erase all differences between yourself and your enemies. Will people stop calling us terrorists if you kill them? Will everything go back to being okay and normal for us? No, it will not. My brother, we are Muslims, and we believe in peace and humanity. Our prophet told us himself that you will always be attacked upon because you are on the right path, but you have to follow Allah’s instructions at all times.”

Though I tried my best, I could not convince him to stop and let me call the police or the bomb disposal squad. He was determined to complete the task he was given to serve the cause of his religion. He asked me to leave the mosque if I wanted to be alive.

I thought about it and then I told him that I will not leave. I would prefer sitting there and dying with him than leaving him alone. Because being a Muslim, I was happy to give my life to humanity and peace. I looked into his eyes and saw that he was in deep sorrow. The thought that I was going to die soon and that I couldn’t save these people made tears escape my eyes. I knew he realized that what he was doing was wrong.

He looked at me one last time and then slowly, HE STOOD UP.

Disclaimer: This is a work of fiction.