Storm Area 51 - The Internet Joke That Got Real|Parhlo.com 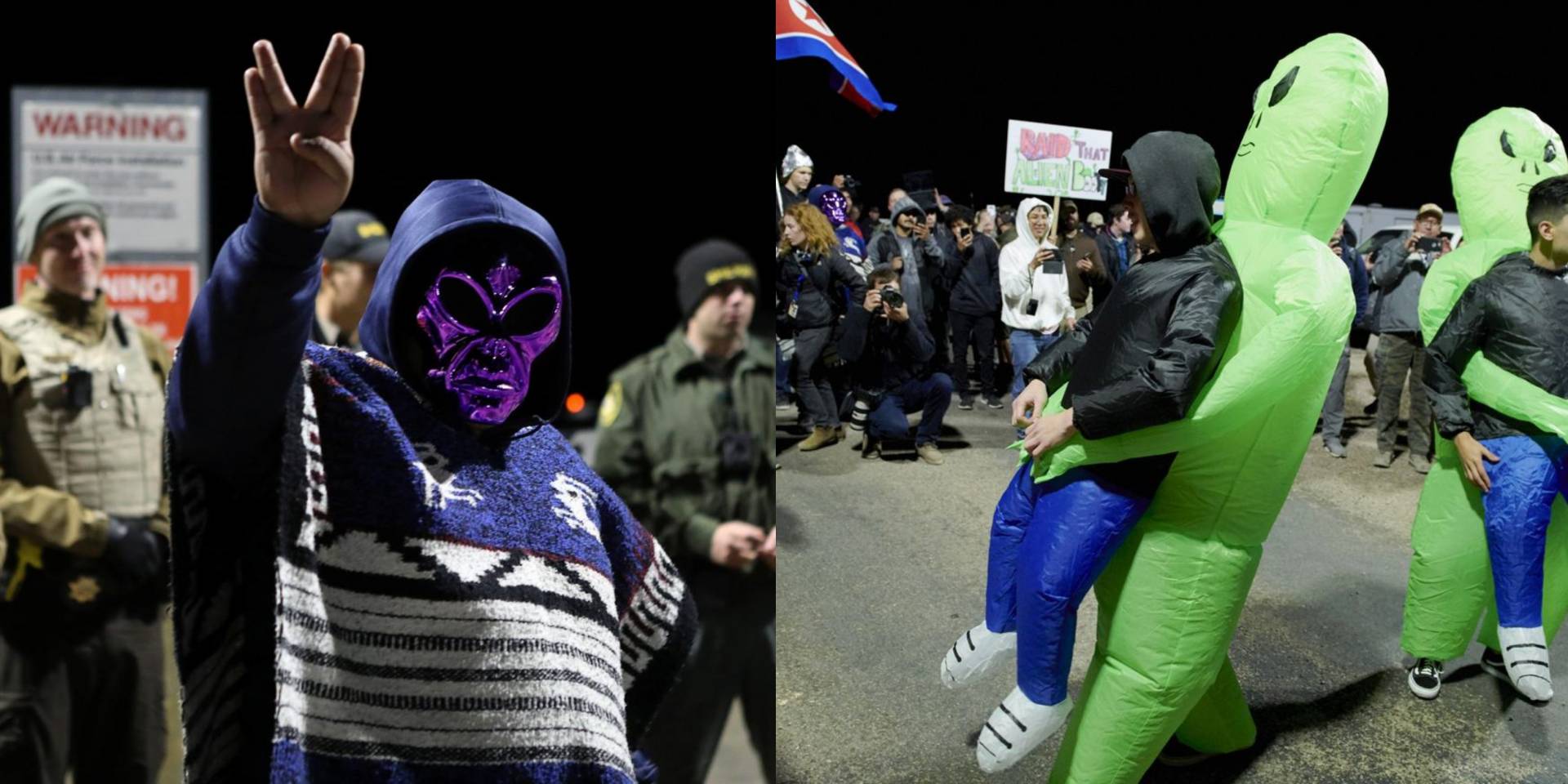 All of us have been hearing stories of Aliens who come to visit the Earth, having high-tech intelligence and superpowers. So, they aren’t visible to our eyes. But the US has capably captured a few of their species. And they are keeping them hidden

These are not just some stories that people have been telling each other. There have been a lot of movies on this subject. Good aliens, evil aliens, powerful aliens, stupid aliens. And some of them are so realistic that we actually tend to believe them.

If you search on the internet you’ll find tons of videos on them. Any light in the sky that disappears in thin air, people call it alien activity. Well, we don’t know if any of it is true but some of the alien enthusiasts are in search of the truth.

So, when an event named “Storm Area 51, they can’t stop all of us!” was created on June 27, we all knew how popular this was going to get. It was set to happen on September 20. Even though it was only a joke. Things got real. And it got immensely popular.

Over 2 million people signed up for this event and 1.5 million marked interested. HUGE!

This event caught itself a lot of attention. And despite the creator calling it a hoax, people actually went there to attend the event. They even started setting their camps around the area.

The aim of the gathering was described as to run into the site that has been labeled mysterious for so long and take a peep into the aliens. On the event, the creator gave the description “If we Naruto run, we can move faster than their bullets”

Because of the myth about Area 51 keeping UFOs and Aliens at the sight every year a huge number of tourists visit the sight hoping they would be able to catch a glimpse of an alien.

But this event has taken it to another level.

By 20th September, around 1500 people had gathered for the event in Nevada. Not just this. It turned into an actual festival with music, screening, and people dressed in alien costumes. 150 people also gathered at one of the area 52 gates and around 40 people gathered in the Amargosa Valley at a different gate.

The government had, however, issued warning against anyone trying to cross the territory of Nevada Test and Training Range saying that lethal force could be used. But people still arrived.

It is reported that people are planning to stay for the whole weekend there. And will have all kinds of entertainment served to them. However, the people who actually know how to camp in a dessert will have a great time but the one’s arriving in shorts and flip-flops are prone to the attack of snakes, critters, and scorpions.

Anyhow, the people won’t get what they came there for i.e. “see them aliens”. Like what were they expecting the aliens were waiting for their rescue. And the US military was going to open the gates to let them through?

But well, they’ll have a great adventure to live this weekend as the cold will grow at night in the desert and there’s going to be a lot for them to do in the festival.