The Pakistani cricket team is currently playing a test series against Australia. The first test match ended with a win for the Aussies but also showcased the talent of some fine Pakistani players. And hence, Steve Smith has revealed the names of the four Pakistani batsmen he is looking forward to as a threat.

According to the Australian batsman Steve Smith, he sees potential in four Pakistani batsmen Babar Azam, Shan Masood, Mohammad Rizwan, and captain Azhar Ali. He says all of the four seem to be in good form as they take their step into the second Test match in Adelaide.

Steve Smith "Babar and Rizwan played well and obviously the 2 openers batted well on the first morning as well. Pakistan will take a little bit of confidence from the way they batted in the second innings, so yes, I think it will be a good Test match" #AUSvPAK

Performance From The First Test Match

His judgment was majorly derived from the performance of the batsmen in the first Test match that started 21st November ending on 24th November in Brisbane.

On the fourth day of the first Test, Babar Azam became the star player of the match scoring 104 runs in Brisbane Stadium. He played 173 balls and hit 13 boundaries. This was among Babar’s incredible performances which was again praised by some legends.

The 25-year-old was in partnership with the other star player of the march, Mohammad Rizwan, who himself met his career-best score. Rizwan hit 10 boundaries on 145 deliveries making a total of 95. 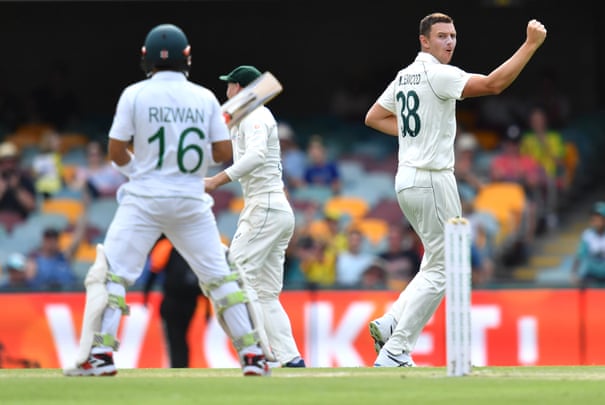 However, the sixth-wicket stand of Babar Azam and Muhammad Rizwan ended when Nathan Lyon dismissed Babar at 104. The pair staying on the field for two-and-a-half hours is a great resistance to team Australia taking Pakistani team forward. Muhammad Rizwan, however, stuck to the field a bit longer after Babar’s dismissal. 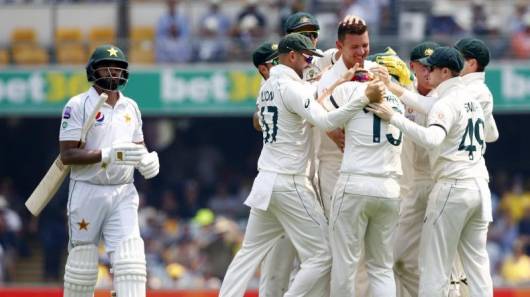 All the four players’ performance was notable in the first Test, gaining prominence among the team. Smith also considered them as potential threats as the teams move towards the second Test match that is scheduled to start on 29th November.

This match was the first of Steve Smith, former Australian captain, on his homeland a year later to the ball-tampering ban.

Two Pakistani Ballers Who Seem A Threat To Steve Smith

Prior to the first Test, he had also warned about two Pakistani ballers who seemed like a potential threat to him. He also said that he is aiming to test them with his patience on the field in the first Test.

Among the two ballers was Naseem Shah, the 16-year-old fast baller. This is the first series that he is playing for Pakistan after being called up by the Pakistan cricket team. Despite the death of his mother recently, the dedicated player decided to play against Aussies. And, with his brilliant bowling in the second innings of the match took 1-21. 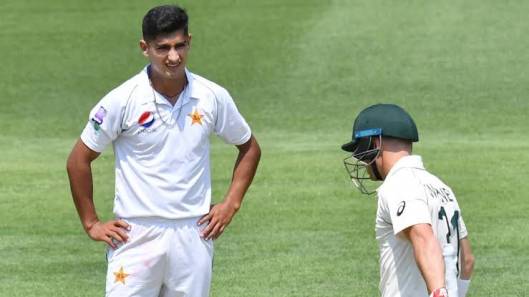 The other one Steve Smith named was Mohammad Abbas who is also one of the accurate seamers who was however not picked for the October Test series against Australia.

The Aussie batsman declared that the two could be a serious threat with the kind of damaging potential each one holds.

“This week is going to be about getting used to the Gabba bounce, working on my leave and just being patient,” said Steve Smith.

“I’ve never faced Abbas … he stands the seam up, any sort of movement he’ll get the most out of it.”

So even though Pakistan had lost the first Test of the series people could spot some bright chances of team Pakistan to revive back on Friday as the team is still full of potential players. With players like Babar who is considered of the most reliable and bright players in the world of cricket, Pakistan cannot be completely hopeless about the second Test match.

This YouTuber Traveled Across Northern Pakistan In Just 100 Dollars!
IHC Halts SC From Revealing The Verdict In Musharraf Treason Case!
To Top