This Animal From Hazara Kept Raping His Step-Daughters For Years While Also Recording Their Videos And It’s Sick!

The digital era has revolutionized news reporting and has allowed the media to reach everyone around the globe. For most Pakistanis, this internet age has definitely woken them up and shaken them out of their bubble of being the perfect conservative society cleansed from all sins and filth.

Sadly, the kind of news that has become a normal everyday highlight is alarming and shocking. These stories are of heinous crimes committed against women and minor girls; which includes rape, sexual torture, sexual abuse, and murder. These sick men who ruin the lives of the women and children because of their immorality and wickedness targeted unknown women in the past.

However, recent news has shown a worse turn of events. These rapists, molesters, pedophiles, sexual offenders and what have you have started to exist in one’s homes targeting their own nieces, daughters, cousins and don’t even spare the neighbor’s naive young daughter.

From little Farishta’s news to a baby niece’s story who was raped and murdered by her own uncle, what more there is to see and hear? Unfortunately, another story of rape comes forward but this time not from Punjab but from Hazara.

A Man Raped All Four Of His Step Daughters And Even After His Wife Divorced Him, He Kept Her Eldest Daughter In His House.

The details are a bit vague, but so far the sources suggest that the eldest daughter after being rescued from her step father’s house by the police narrated her and her sister’s ordeal. She told the authorities how this man continued to rape her and even made compromising videos of the two sisters. 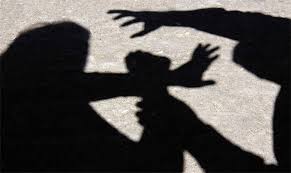 He then used the footage to blackmail the two daughters even after they were married, threatening to release them online. They out of fear would come to him leaving their inlaws houses just to be the target of his sexual abuse.

The Mother Of These Tortured Daughters Also Comes Forward With Her Statements.

She explains how this man who she now has divorced has no right over her daughter as he is ‘na-mehram’ for them and according to the Islamic Law, he cannot keep them with him. He cannot even meet them according to the law, she adds. The mother says that she was the wife not her daughter and he married her. She also blames the man for her two missing sons.

Where is this society heading? What are your thoughts on this? Share in the comment section below!

A Fully ‘Naked’ Man Was Spotted Riding A Motorcycle In Lahore And Pakistanis Sharam Se Paani Paani Ho Gaye!
NRO Is Out Of Nawaz’s League Indicates PM Khan
To Top