Stargazing in Hunza Valley is Nothing But a Dream Come True and Here’s Why... 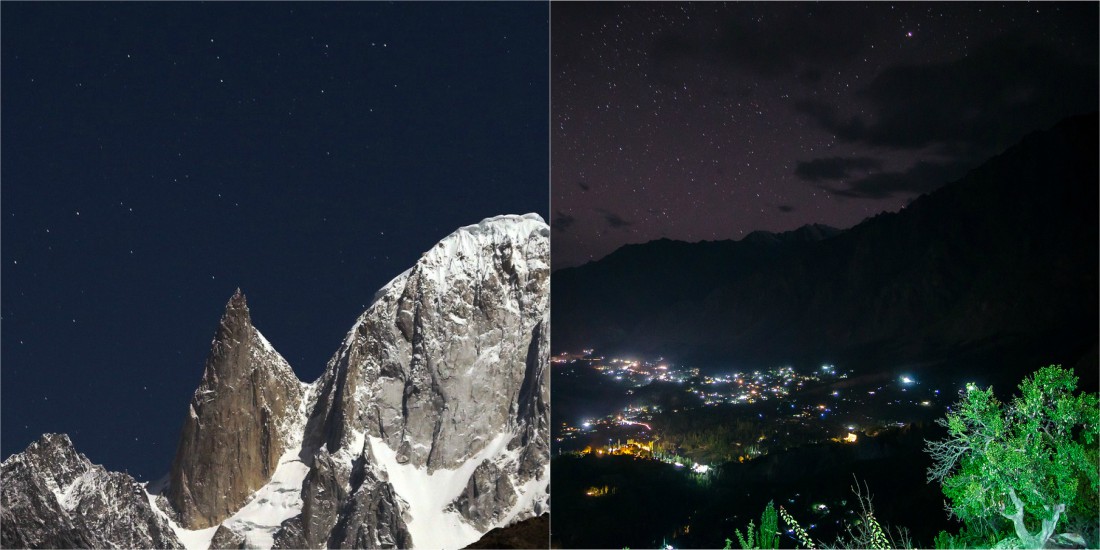 Pakistan is the most enriched and glamorous place, filled with diverse precious cultures, delicious foods and above all intense landscapes. It is one of the few countries to have such high mountains, lakes, rivers, deserts, and glaciers all entirely. Pakistan is that country where travelers cannot get worn out of the places and its beauty.  The more you explore this land, the more wonders and secrets it has to reveal.

Hunza valley is often referred to as heaven on earth; being of the biggest tourist attraction in Pakistan. It is situated in the extreme northern part of Pakistan, bordering with Afghanistan and China. Above sea level, the altitude of Hunza valley is at 7,999 ft. 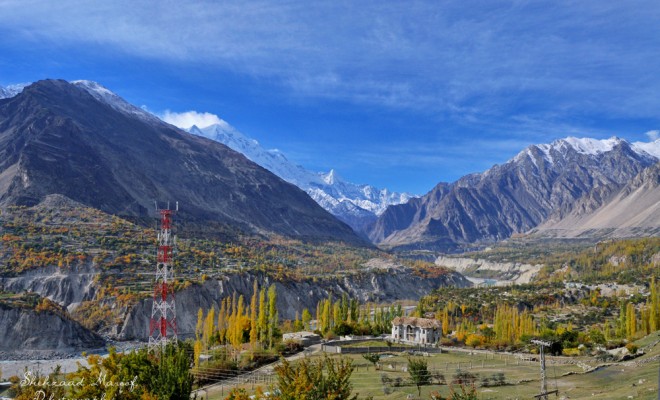 When the valley opens, it reveals huge mountains, as the whole place is hidden behind curtains and how those curtains drop in front of your own eyes. The scenic view makes you stop for a while to catch your breath, even the breath trembles at the very sight of it and you lose your speech wondering how magnificent this all is. It’s an honor to witness true art.

While being in Hunza, considering it the roof of the world, you get to see the miraculous aspects at dusk and dawn, and how light rays reflect on top of the peaks, glowing in orange-yellow glitter colors. As the day comes to an end, the night begins to start showing off its own attractiveness. 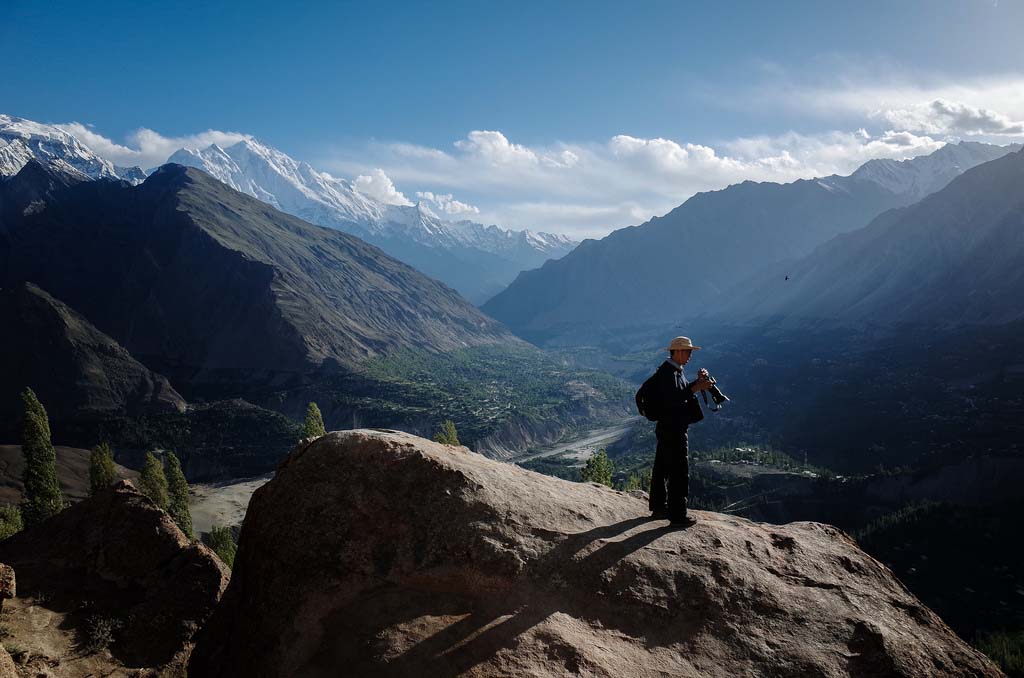 A place known as Duikar, also called Eagle’s Nest is the highest point of Hunza valley. From Duikar you can see the whole valley below and peaks surround you as if you’re standing in the middle of a high ground. Duikar is famous for having the best views of sunset and sunrise.

Coming back to when the night time starts taking over the blue skies, the sun sets down and millions of stars start shining in the pitch black sky. Since Duikar is above and far from city lights, it gives the best experience of stargazing. It is the time and the perfect place to just lie down and stare into the unraveling secrets of the night. 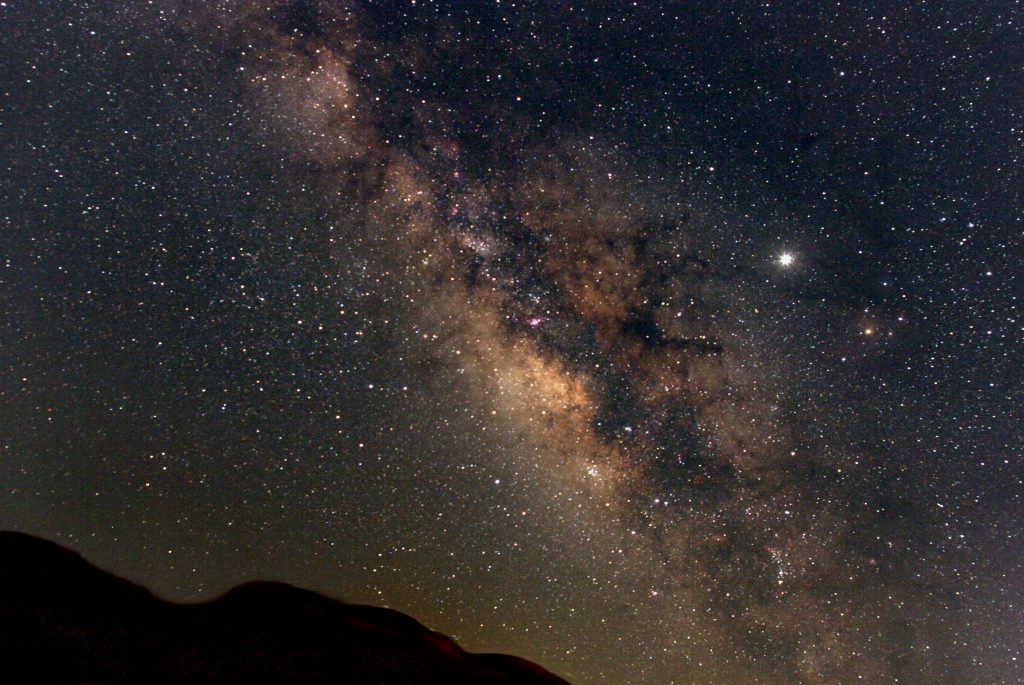 While setting out a camp at the top and looking at the night sky, I lost my sleep. How could one sleep when you get to see a shooting star after every ten seconds? The first view of the night was of the glorious valley full of lights and shining bright stars in the sky. It was delusional as the ground lights and stars were being merged by their essence. Fortunate that these lights mildly brighten the structure of the mountains which made the landscape more detailed.

The other amazing thing in the sky was seeing a milky way because you don’t get to see that often. That galaxy’s arm was cutting through the sky from one end to the other, a magnificent sight it was and I had never seen such a huge milky way before. So many constellations formed in the galaxy containing uncountable stars. It took me some time to take out the camera and place it perfectly to get some decent pictures.

At first, the night time was quite dark when there were only stars and the milky way, but as the night passed and the clock came across 2 am, the whole scenario changed as the moon took a rise from behind a peak. This was a jaw-dropping moment as the whole Hunza valley lit up by the moonlight; all the peaks which surrounded me, were now gently bright. The Lady Finger Peak on one side became a heavenly sight as it all got crystal clear from the moonlight and the stars on its background kept the beauty astonishing.

Stargazing is one of the best outdoor activities which is absolutely hard to find in the commotion of the cities. The urban life cannot offer the immense satisfaction especially if you are a nature lover. You have to pack a bag and leave everything behind for a while to appreciate the world. Certainly, at times, that is all that you have to do in life to appreciate nature and everything that has been created in this wilderness.

12 Inspiring Quotes From “You Rise Today” That Everyone Should Read
According to Islam, These 3 Sins May Erase ALL Your Good Deeds
To Top