Staged or Not Chinese Tourists in Pakistan Are Promoting Peace After The Horrific Human-Trafficking Issue|Parhlo.com

For a while, Pakistan has faced a lot of chaos because of the sudden human trafficking case of Pakistani brides sold into China. However, that doesn’t mean that every single Chinese citizen is out there to disrespect Pakistan! These Chinese tourists in Pakistan have completed flipped the perspective through their kind gesture.

The Impact And Meaning Of The Video:

The Deputy Chief of Mission at the Chinese Embassy in Pakistan Lijian Zhao, went on Twitter to upload a heart-felt video. The video consists of some Chinese tourists in Pakistan that are helping a young Pakistani kid on the streets.

Apparently, the young boy was selling stuff on the streets to cater for his mother who was sick. He seemed hopeless because of his poor circumstances. However, noticing that the tourists saw his distressed situation and came for his rescue.

Chinese tourists have offered a hopeless young boy from Pakistan a profound ray of hope with their heartwarming gesture. They bought everything from the boy and handed him a thousand rupee note.

Zhao tweeted along with the video, “Chinese tourists met a boy in tears. His mum was sick and in hospital. Chinese tourists bought all the products he was selling. Be strong boy, you will soon be a man!”

Chinese tourists met a boy in tears. His mum was sick and in hospital. Chinese tourists bought all the products he was selling. Be strong boy, you will soon be a man! pic.twitter.com/IrBCGkLu75

The message seems to be that these children are regularly neglected and that has become so normal yet these tourists in Pakistan did the opposite. However, it does look staged yet people seem accepting of it because it promotes a great message.

Here are some of the replies:

This user mentions that staging this isn’t going to help, “You really don’t have to stage this all. You can easily go in public and catch some lovely lively moments to spread love. But such type of videos are more of the expose videos rather than lovely”

You really don’t have to stage this all.
You can easily go in public and catch some lovely lively moments to spread love.
But such type of videos are more of the expose videos rather than lovely.

But this user doesn’t see a problem and believes it is done for the better, “Planted or not planted, intention is good. I don’t see Western diplomats trying to be good with Pakistanis. Thank u China for standing by Pakistan”

Planted or not planted, intrntion is good. I don’t see Western diplomats trying to be good with Pakistanis. Thank u China for standing by Pakistan.

Such videos can actually ease Pakistani’s mind that there is hope regarding the China and Pakistan relations and that people are willing to raise awareness about such topics. However, the human trafficking case is severe and shouldn’t be limited to just ‘countries friendship’ but also evaluated in a serious matter while leaving the image of both countries aside.

Nevertheless, these incidents don’t mean that the entirety of the Chinese population will be exactly like the criminals selling women. It is important to understand that worse people can exist in any nation while there are kind individuals as well as proven by this video.

The Human Trafficking of Pakistani Women By The Chinese – It’s Effect On Pakistan and China Relations:

This was the latest incident that had China and Pakistan relations in a dark place. Chinese men would come to Pakistan to exploit poor families and buy their daughters. Then, they would either sell those women into prostitution in China or make them work at bars. Many of these culprits were arrested as well. This case had Pakistan hesitant over the easy access of Chinese people into the country. 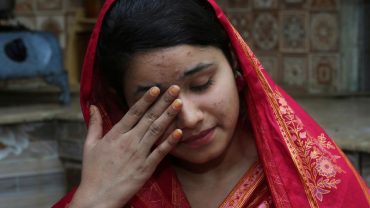 As much as people have been causing outrage over this, the government officials of Pakistan told the police to let this leak as less as possible as it can hurt the ties with China. Whether this is the right decision or not depends on the mindset.

One of the officials said, “We are interested only in stopping the trafficking. Make no mistake, this is trafficking,” then he further added in, “We think the majority are sold as prostitutes,” so it was confirmed that these women weren’t just getting married but actually sold for money.

The sad element is that many Pakistani’s were also involved in this business. Well, that is understandable as there must have been a Pakistani behind the curtains controlling this. The Chinese cannot have enough leverage to commit such crimes in this country. 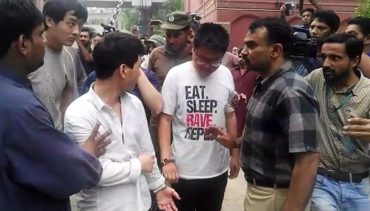 These traffickings have been taking place for a while now but were swept under the rug to protect the interests of many powerful individuals. Also, China’s ambassador to Pakistan kept denying the trafficking of these girls by mentioning this as false news despite the evidence swaying in front.

According to The Associated Press, about seven women had been forced to marry these Chinese men. They have also shared horrific details about their life in China. Not to mention, many of the Pakistani women in the subject are actually Christian. The poor Christians in Pakistan who cannot afford their livelihood are then exploited and forced to marry off their daughters to Chinese men. The human traffickers actually show these men as well-off who can help their daughters live a poverty-free and satisfying life. The Christian community has suffered enough because of their drastic living conditions and this needs to see an end.

Many of the girls are still stuck in China with their abusive and manipulative husbands. There are numerous activists that are working for the safety of these girls while a couple of the girls have been saved as well.

China Is Still An Ally To Us

Despite the conflicts arising because of unspeakable cases, China still remains as an ally to Pakistan. It has successfully aided in countless attributes of the Pakistani economy; the most famous one being CPEC. They are the biggest arms suppliers for Pakistan. In addition, it gave billions of dollars in a loan on February 2019 to Pakistan for the country’s assistance. Whether Pakistan is capable of paying back those loans is another story. But Pakistan has promised to do from 2021. 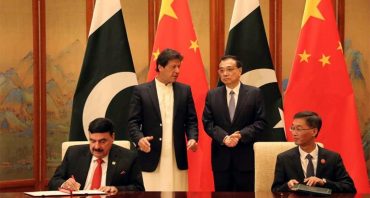 China will remain the closest country to Pakistan ever because both the countries need each other to succeed. It will be difficult to see China and Pakistan relations fade away. The case was major but it isn’t uncommon because there have been considerable incidents where Pakistani people have caused an uproar in China. So, it goes both ways.

There is a lot to learn from this video. Yes, there is a high chance that this wasn’t real but it is spreading awareness. Firstly, there is no way to know who can be kind or not. This is a kind gesture as it might have made the child’s day and shows that there are still people in this world that want to help. Moreover, this can also slightly dilute the negative perception of Chinese tourists in Pakistan. Secondly, this also teaches to value humanity instead of separating it through nationality or ethnicity. People are people. They can help each other despite the race.

All Eyes Set On ‘Miss Per-Fact’ – A Pakistani Web Series by VOGO!
Pakistani Blogger Bilal Khan Was Killed And The Internet Wants Justice
To Top