Marvel is revealing their very first character that wears a hijab in the upcoming movie Spider-man Far From Home. Zoha Rahman will be playing the hijabi character and Muslims all over the world are celebrating the positive representation! Just like the Pakistani-American character in Marvel that caught Pakistan’s attention.

A Muslim Character In The Spider-Man Movie Is Indeed Historical:

It is difficult to witness the optimistic display of a Muslim character in many Hollywood movies. Probably because they are usually given the stereotypical script to stick with, Muslims are intrigued to show a terrifying aura on western media. Moreover, when Hollywood was casting for Aladdin, they contemplated getting European actors for the side characters. Considering that it is a world based on a brown country, why was there a need to take in white people? In addition, whenever there is a need to make movies regarding the disastrous incident of 9/11, casting multiple brown actors becomes an easy task. 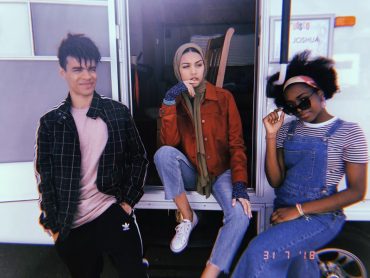 Not to mention, there is always hesitation on Hollywood’s part of hiring a brown actor for representation within Disney movies.  Even though Aladdin turned out fine but the fact that they considered European characters for the proper roles seems quite disappointing.

This is the reason why keeping Muslim characters in a famous Hollywood movie is the best that it can get. There will be zero negative focus on Zoha Rahman’s religion in the movie…definitely, the dream representation that every Muslim wish for.

Rahman mentions that she did not know she was going to audition for the role! “I didn’t actually know what I was auditioning for until I was in the audition room,”. She realized her role after receiving the script for the Spider-man movie. “It was much later, in a second call from production that the team asked if I would be willing to make this addition.” 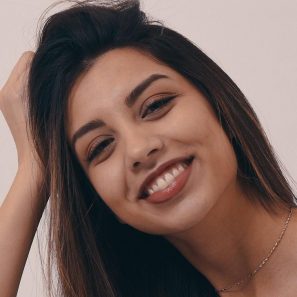 Within an interview with Teen Vogue, she addresses her feelings towards such roles and representation. She said, “And when I did start seeing representations in mainstream media, they were irresponsible and poor. Muslims and Pakistanis are often offered one of two portrayals; oppressed or violent. I treated my role as a huge responsibility.”

Moreover, she mentions hijab as something to be proud of and not an ‘accessory.”I wanted to do it justice. It is not a hat or a costume, and I was determined to give it the respect it deserves. To hear from young girls and women who wear the hijab out there pushing me and telling me they are proud of me, it’s a feeling I truly can’t describe” said Rahman. Indeed, Spider-man Far From Home might have a greater number of Muslims watching because of their take on a confident hijabi character.

When asked what the others on set felt about her wearing the hijab, “I was really nervous about my first day; being on a Marvel set sounded so overwhelming! But as soon as I stepped on location, I felt completely at home. The crew was incredible,” she also mentions, “A lot of people only saw me in the hijab. I definitely felt this air of hesitation from them, though it wasn’t uneasiness; I never felt any negativity”

What do you think of her character? Share your thoughts!

France Returns Looted Relics To Pakistan And The Artifacts Date Back To Millennium BC
Best Foods to prevent Constipation this Summer!
To Top