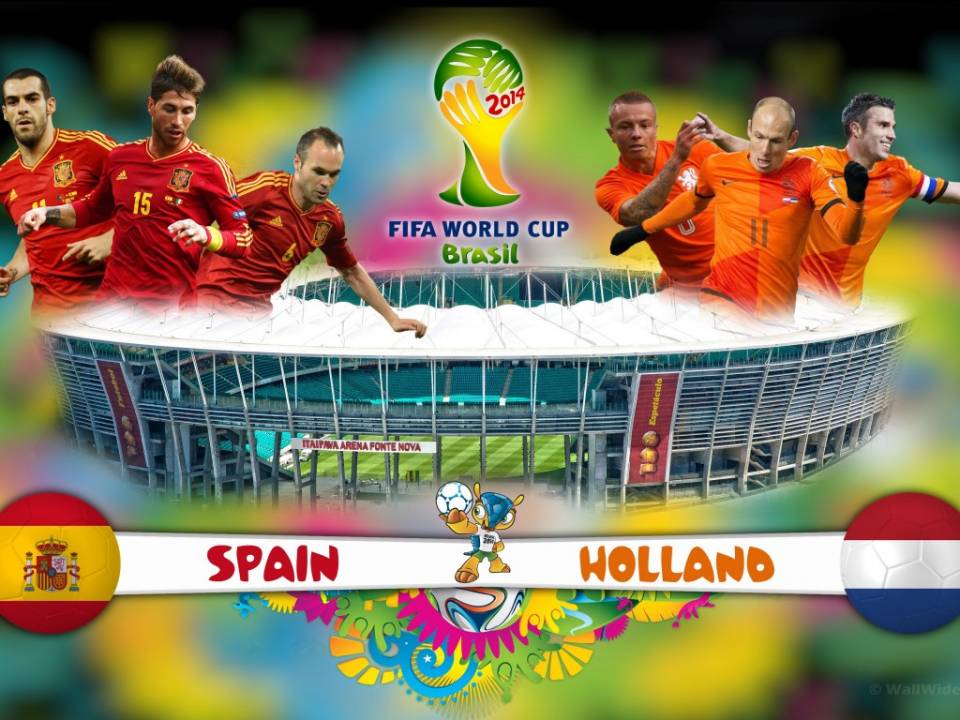 Spain’s defender Gerard Pique, left, vies with the Netherlands forward Arjen Robben. For reasons which remain a total mystery, both sides are playing in their away kits 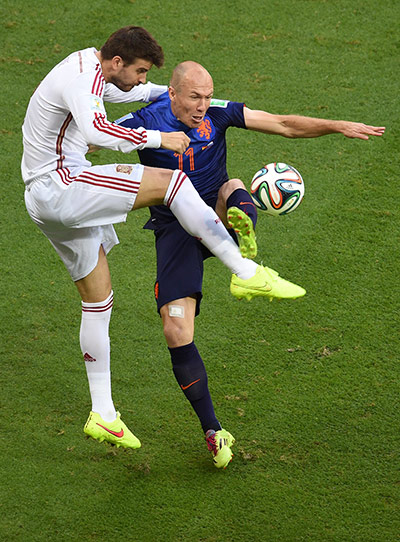 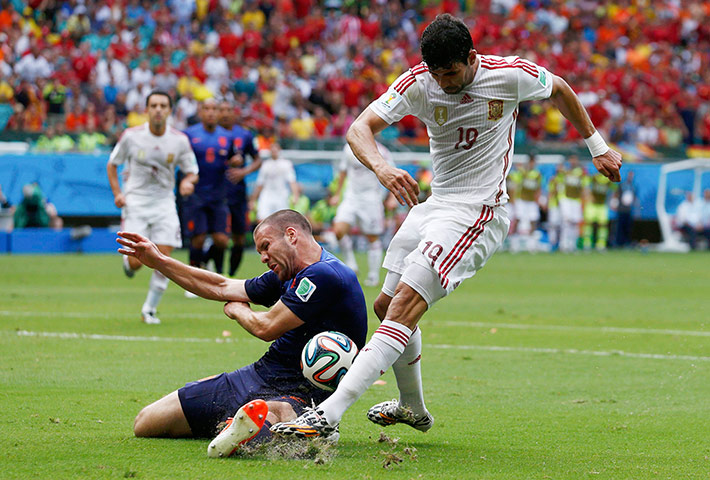 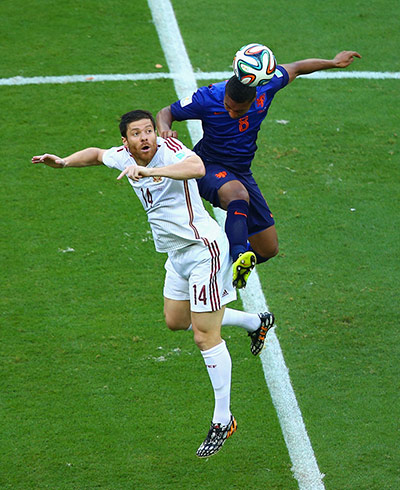 In the 25th minute, Costa collects a threaded ball, races into the box and turns his marker, Stefan de Vrij … it looks as if de Vrij clips Costa’s trailing leg and the referee points to the spot 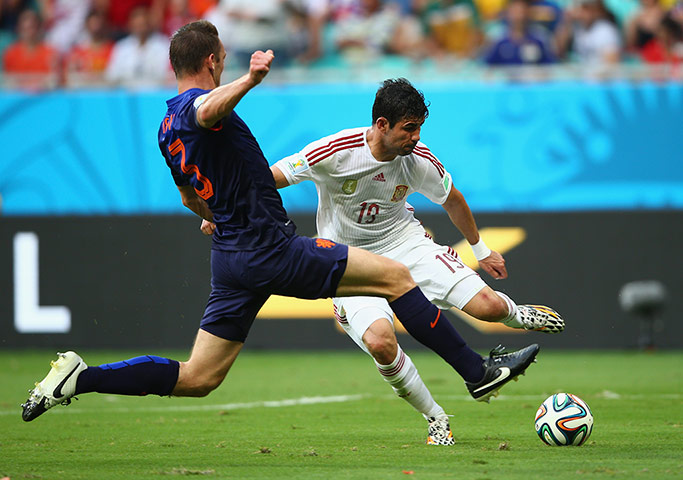 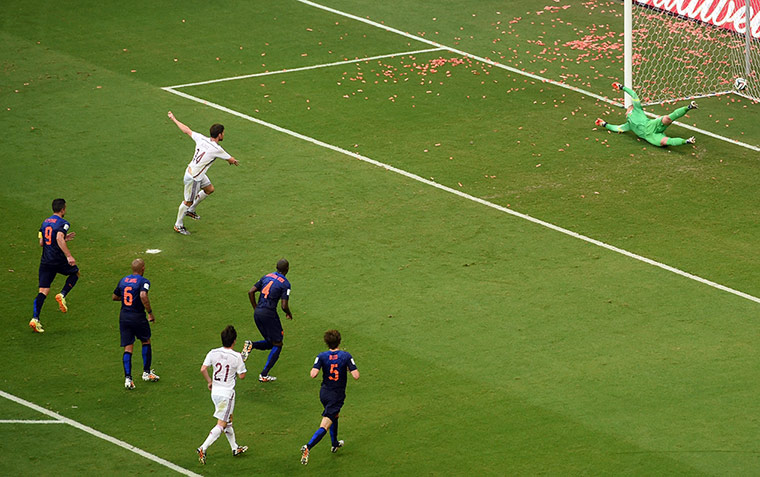 But Robin van Persie scores an extraordinary goal to draw Holland level. He latches onto an enticing 50-yard cross and loops a long range header over the keeper. That was beautifully executed 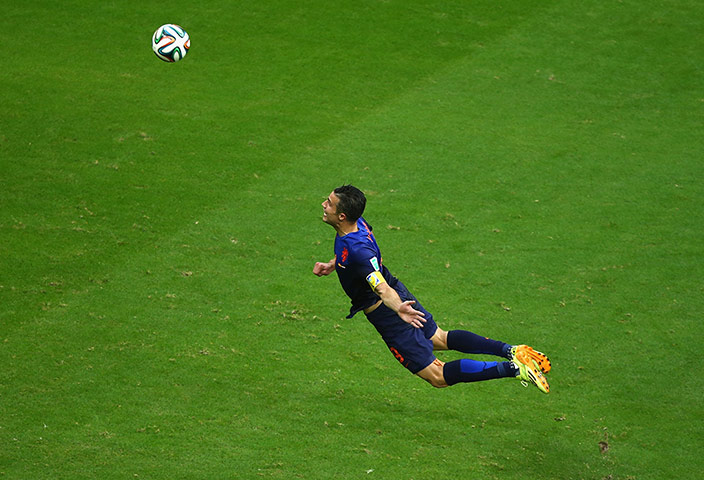 Then Robben bags a fifth. That was all about acceleration. He blitzed past Spain’s defence, collected the throughball and rounded Casillas with immense composure. 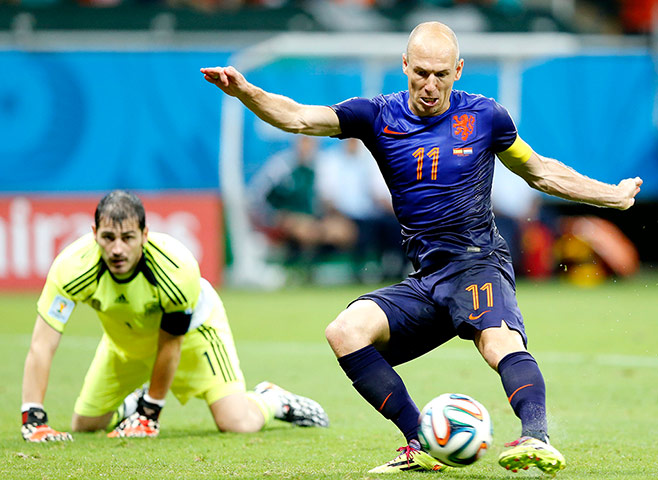 Wow. What a game. What a result. 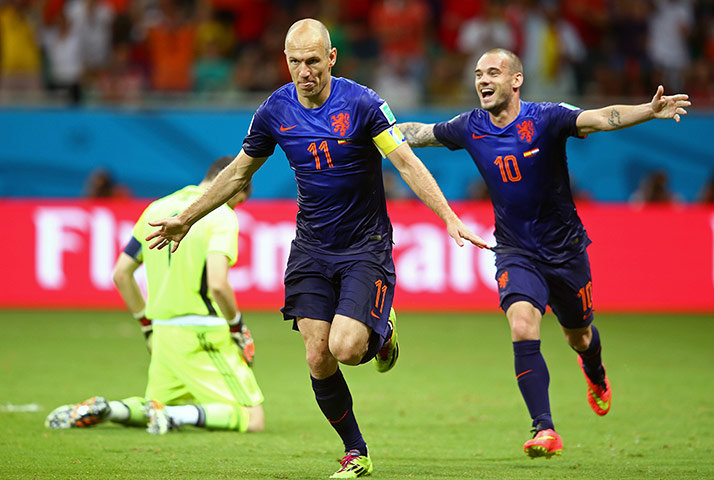 Spain vs Netherland 1-5 ~ All Goals & Highlights.(VIDEO)