Pakistani celebrities are always amusing us with their slip-ups and sometimes airheaded responses. While sometimes these antics might seem adorable, it isn’t always the case that they might come off as funny. Although, when it comes to mental health, it can be expected celebrities like Yasir Hussain might make the situation a tad bit bizarre sometimes, no one expected the same thing from the queen of screens Sonya Hussyn!

Sonya Hussyn thinks autism is a symptom of schizophrenia!

Interestingly, when we talk about mental health, it is very important to make sure that we get all the facts right! But much to our disdain, Hussyn might have just discovered a new ‘phenomenon’. 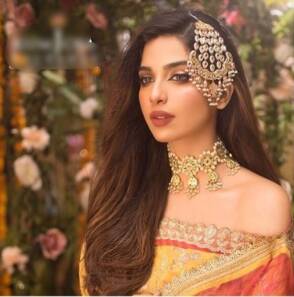 According to her Autism is actually a symptom of Schizophrenia! And like always people are having a ball! From calling her out to schooling her we have seen it all.

#depression , #anxiety , #stress Depression can be thought of as an umbrella term for a variety of disorders, some of which are caused by certain life events or situations, and others by chemical changes in the brain. while some of the symptoms associated with the various depressive disorders overlap, there are also some key differences. . Gaining a deeper understanding of the different types of depression can help to begin the journey to diagnosis and recovery. Taking some time to consider the #root of where your depression comes from. Remember, it is vital that you #seekhelp from a doctor to get an accurate depression diagnosis and receive the treatment and support you need. 🧠 🙌🏻💫 #mentalhealthawareness #letsjoinhands

Are schizophrenia and autism the same?

In a way, we are thankful this happened, perhaps through this, we can actually tell and share the difference between mental illness and mental disorder! Schizophrenia is actually a form of a chronic mental disorder, which triggers brain activity to cause delusions, hallucinations, trouble with thinking, and lack of motivation.

Hussyn’s upcoming drama portrays the story of a schizophrenic patient; and although that is something worthy of applauding, it isn’t an excuse to mess up both the terminologies! Autism is a completely different cup of tea!

When it comes to autism, it is a pervasive neurodevelopmental condition. Autistic people don’t hallucinate nor do they have delusions. Their neurodevelopment is slower or not equally compatible with that of a normal human being. In a nutshell, both terminologies are entirely different! 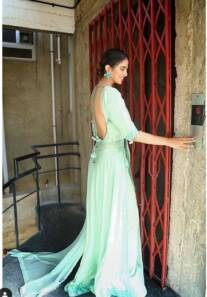 Even though the situation sounds bizarre initially, it makes us wonder, do celebrities actually do some homework or background check of the script or story plot they are supposed to be working on? Not only celebrities, a few months back Minister Zartaj Gul was actually teaching the 19 points of COVID-19!

If we weren’t over those 19 points, the notion passed by Hussyn surely is leaving us hanging with the little bit of sanity left.

In the end, we hope Sonya Hussyn is capable of clearing up the mess she made. We really hope she takes back what she said about the two terms. We also hope that in the future celebs can be careful about the statements they pass or the things they say.

However, if you guys still want to hear something unusually amusing; you won’t believe how Yasir Hussain made transphobic jokes about a fan’s comment!