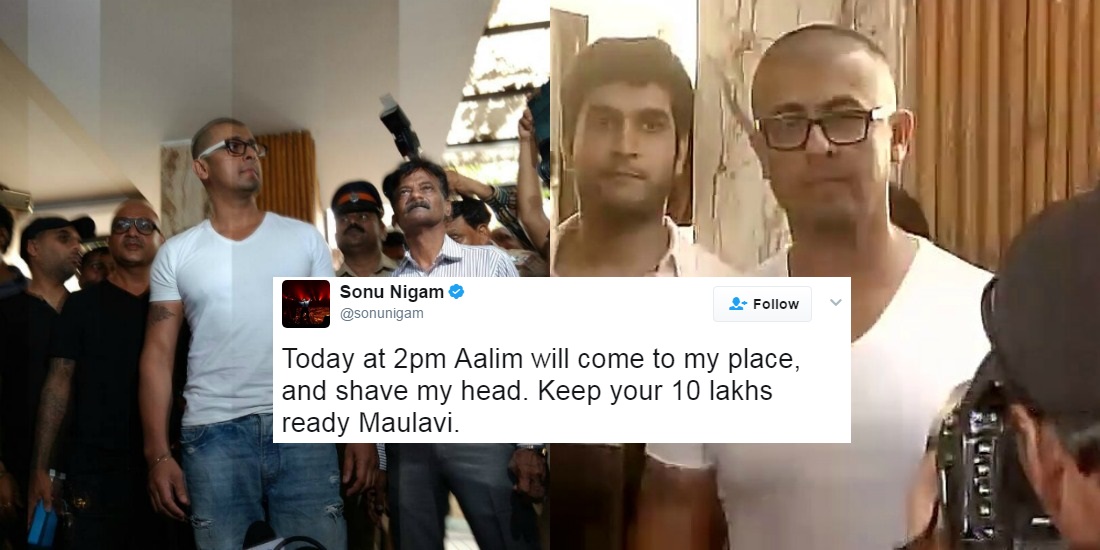 In a strange twist of events, one of the subcontinent’s most famed stars, Sonu Nigam has just shaved his head, going completely bald. The news comes after the ongoing ‘Azaan Row’ controversy that Sonu himself had started with vile tweets against Azaan in India on Twitter.

As being reported by different media sources in India and Sonu Nigam himself, after his Twitter comments on Azaan took a drastic turn, Sonu went all out against the Indian Aalim who had called for a bounty on Sonu’s head, literally. The Kolkata-based cleric, Syed Sha Atif Ali Al Quadri, called for a Rs. 10 Lakh bounty for the person who shaves Sonu Nigam’s head and makes him wear a garland of old shoes (jooton ka haar). 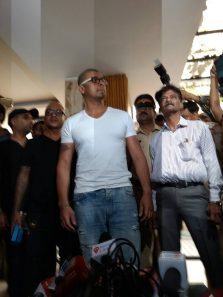 After this call against Sonu, the singer took to Twitter and commented on the ‘fatwa’ issued against him

Today at 2pm Aalim will come to my place, and shave my head. Keep your 10 lakhs ready Maulavi. https://t.co/5jyCmkt3pm

And Press is welcome to participate at 2pm.

As promised by the singer who spoke against Azaan calls in India with loudspeakers, Sonu Nigam went on and appeared in front of the Indian media with a bald, shaved head. Which now means that the Kolkata-based Aalim has to pay him or the guy who shaved his head Rs. 10 Lakhs.

In a press conference, Sonu previously said that his comments were misinterpreted and that he had talked about a social issue, not a religious one. He went on to apologize to anyone who thought otherwise. The singer’s ordeal of him getting his head shaved speaks volumes about the intolerance that is going around in India and that communal issues are increasing in the country.