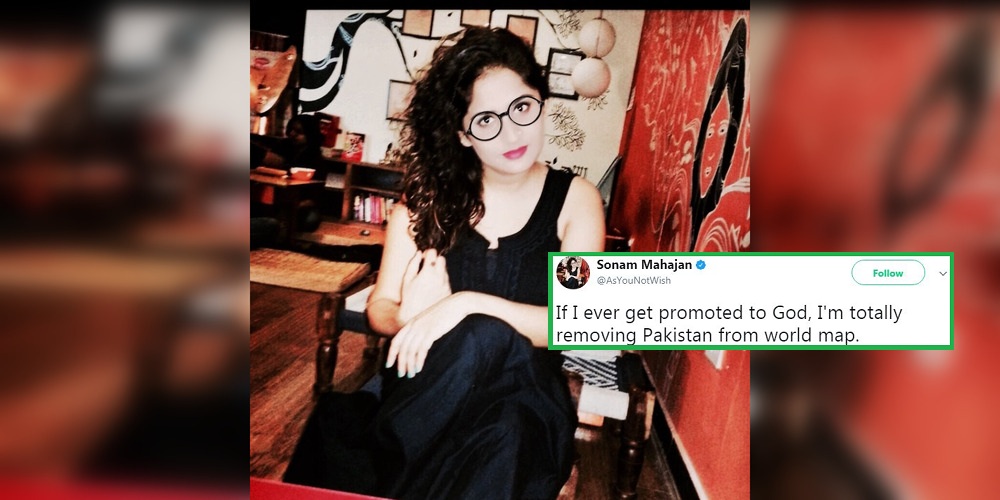 A popular Twitter profile, Sonam Mahajan, who works as a national activist in India has caught our attention. While it is largely claimed that this woman raises her voice over socio-political issues circulating in India, she rather spends most of her time bashing Pakistan and our people in particular. Don’t believe? Just scroll down to a few posts on her Twitter timeline. 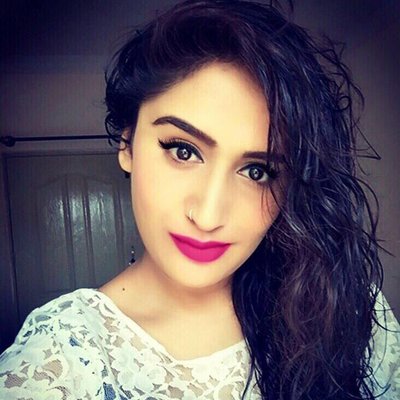 Just a couple of days ago, a Tweet by Sonam Mahajan went viral. She lodged her unrelenting hate over Pakistan in the relevant tweet. This woman’s consistency in spreading hate is quite baffling and this time, people did not spare her at all.

Read Also: After Meeting An Indian Girl, I Found Out That There Is No Such Thing As “Sarhad Par Dushman”

Just another time when this Indian woman took a new low…

Cannot decide whether to laugh hysterically or feel sorry at her miserable mental state? Let’s choose to laugh about it. Pakistanis are making sure we do. Soon after it was Tweeted by Sonam Mahajan, people flocked with insane reactions that you cannot, cannot miss!

Pakistanis made sure she regrets ever Tweeting such hatred in public

Right in the face

Clearly she was high when she tweeted this 👇!https://t.co/BCAeKyleq0

How can we forget?

Champions trophy is over. please let go this anger now 😁😂

When brain development remains incomplete. A modern lady with a medieval thought process

You can still do it; ask any Indian printing press, preferably one owned by BJP/RSS, to print a world map in which Pakistan has been removed

Well good thing God's position isn't available for self-proclaimed debaters who don't know shit about what they're talking about.

And the winner is

But you already look like a cow, is that not some level of God in india? 🙁 https://t.co/JQQhmU47dj

Such hate is highly inappropriate no matter who you are. She does not realize that many decent Indians are also condemning her statement and wish she stops spreading hate about Pakistan.

Well, guys, we had a good laugh! Who cares what Ms. Nobody has to say, right?

Totaled Japanese Cars Are Being Imported In Pakistan And Sold On Higher Prices
This Pakistani wants to Marry Virat Kohli, but there’s a Fine Twist in the Story!
To Top