Sonam Kapoor Wished Fawad Khan Birthday and the Indians, Well, They Weren't Happy At All

Indians never chill when it comes to Pakistan and its citizens. Despite how great of a performance Pakistani entertainers have given, due to the rooted hatred between the two nations, it spreads among the citizens as well. In the recent names of Pakistani entertainers who have worked in India, Fawad Khan’s name outshines every other name.

In a short period of time, Fawad Khan gained a lot of recognition in India, soon after making his Bollywood debut against Sonam Kapoor in the film Khubsorat. 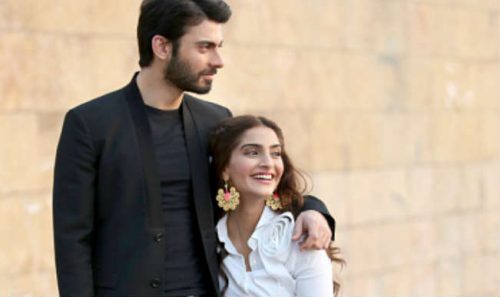 Based on his charming looks and great acting skills, even Sonam Kapoor was head over heels like many Pakistanis and Indians.

To Honor their On Screen and Off Screen Relationship, Sonam Kapoor Wished Co-Star Fawad Khan All the Best Wishes on his Birthday

A very Happy Birthday Fawad! ? Hope you receive all the joy & happiness on this special day! @_fawadakhan_ pic.twitter.com/ueSK6j3ofT

Ignoring the work Fawad Khan has done in India as an entertainer, the Indians started reminding Sonam Kapoor of the Uri and other political attacks on India, blaming Pakistan for it.

Was it needed…. mam a man who was not even ready to say few words against terror attacks on our soldiers…. is he eligible to take greetings from daughter of India!! its insult & hurting to our brave soldiers…

We’d Love to See that Happen One Day, Unlike You People!

There Were Some Sane Ones Too

To all those who are trolling Sonam for wishing Fawad on his Birthday,Fawad was not involved in any of the attacks happened in India.We all know that we're not having good relations with Pakistan,but when someone is trying to bring us closer,we should not troll.I SUPPORT SONAM.❤

Hope to see him back in Bollywood one day ❤❤❤

It is just upsetting to see how the locals target the celebs who are just valuing their profession over their political controversial interests.

The actress Sonam Kapoor just wished her former co-star birthday and doesn’t matter where he belongs from – what matters is how they perform in their profession, but the extremist state otherwise.