At Shaikh Zayed Hospital in Lahore on Friday, a young boy named Umer Farooq Bajwa lost the battle of life while donating his liver to his mother. Sarwat Sultana, the boy’s mother was struggling with liver disease. The doctors had advised a liver transplant to save her life.

Umar who was a student of Agronomy lost his life due to the failed attempt of the doctors at liver transplant. Hence, the responsibility of the boy’s death is said to be in the hospital as the case was handled with negligence. Previously, another son of Pakistan, Mr. Raisani donated his liver to his mother. 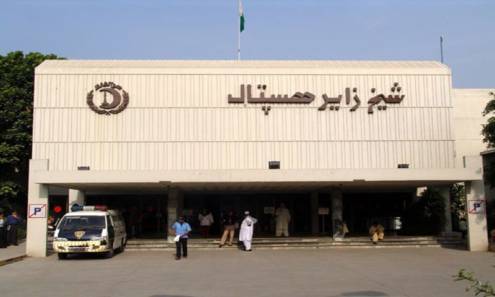 After the surgery, it was discovered that Umar had Hepatitis E which is why he could not have been a suitable donor to his mother in the first place. However, the doctors of Shaikh Zayed Hospital, Lahore, had not diagnosed Umer’s condition prior to the transplant and declared him healthy enough to donate his liver to his mother.

Post-transplant, Umer’s health had collapsed and hence had to be shifted on ventilators. However, he could only survive a week in that critical condition and took his last breath on Friday.

Due to the negligence of the doctors, the family might now be losing two instead of one member of the family. Since, Sarwat Sultana, the mother of the boy is not in a stable condition either after the transplant and is suffering from bad health. Moreover, now the mother also suffers from an additional condition of Hepatitis that is transferred to her via her son’s liver.

Even though the son is being praised by the whole country for risking and now sacrificing his life for his mother. The Shaikh Zayed Hospital is in deep waters for its negligence in handling the case.