Lahore Qalandars, the second most expensive PSL franchise continues to disappoint yet again. Their campaign in the third edition of PSL has taken a massive downturn as the team is yet to win a match. A club boasting some of the top-tier names, staggering salaries and high profile management, it has seriously been a large concern why the team has failed to perform so far.

Every Lahore Qalandars fan know the feeling. On a rather interesting note, they anticipate victory prior to every game, however, the team continues to send their hopes down the drain. Major players are hit with immense criticism, especially Umar Akmal.

However, Lahore fans continue to back their team and watching them in a meltdown on Twitter is simply priceless. 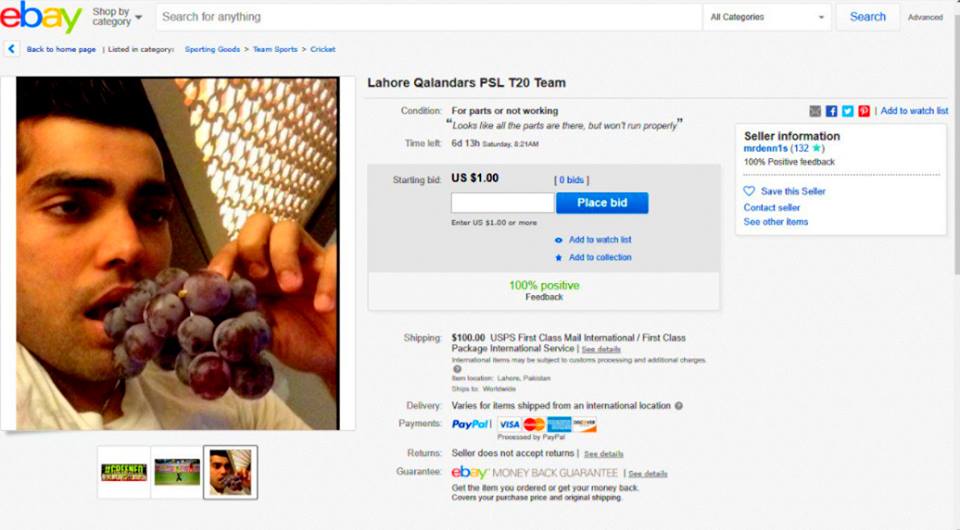 This is actually funny. Although this has happened not for the first time. How can we forget when someone tried to actually sell Wahab Riaz on eBay and for the same price? Fans get so frustrated and then there are some people who manage to find such a token of humour.

The pictures above have been circulating all over social media since yesterday. Pakistanis are enjoying and having a good laugh. It’s all for the sake of humour, we do not intend to cause disrespect to any player. In fact, we back them for their next game and also wish them all the great luck. Just hope they do not take our expectations down yet again.

Tell us what it is like to be a Lahore Qalandars fan? What would you rather have your team do? Is team selection the root of all problems as what most suggest? Share your opinions in the comments below.