If there is one thing that Pakistan doesn’t need right now, is people from all over the country divided into sects fighting a Shia-Sunni war on the biggest social media platform in the world.

What started off as one tweep commenting on Shia troubles, turned into a minor debate at first, then turning into a rather heated one. It was only a matter of time before everybody started commenting on the topic. As Muslims in Pakistan are mainly either Shia or Sunni, the stupid argument gives every third force to take absolute advantage of this childish trend.

It is pertinent to add here that this is one of the most disgusting trends that have showed up on Twitter Pakistan. At a time when Pakistan is already divided into ethnic fractions of Baloch, Urdu Speaking, Punjabi, Sindhi, and Pukhtun – the last thing that this country needs is the youth taunting and targeting each other over their sects.

Here’s how it all started and went about: 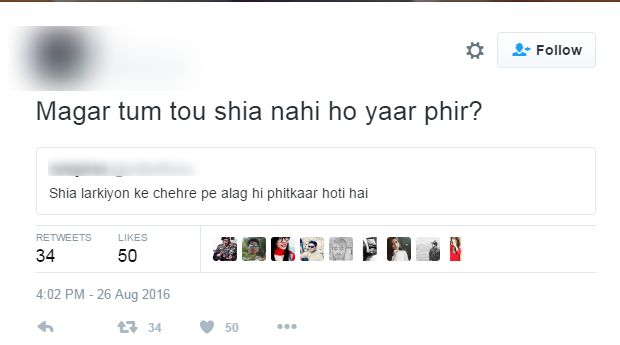 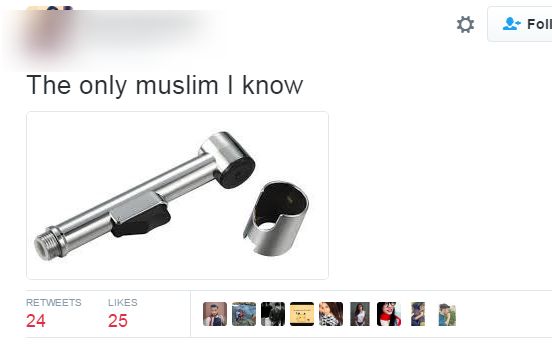 The world is already against the two major things that makes us what we are. Number one: us being Muslims, number two: us being Pakistanis – one of the most dangerous and lethal combo that the world despises. At a time when we should be united to fight external evils, we’ve taken up an absolutely stupid debate that has no conclusion.

Here’s to hoping that the people of Pakistan wake up from this sinister bigotry and hold each others’ hands in this time of stationary stability. Since Twitter is an international public platform, where anybody from anywhere can see anything, let’s not show the world that this is all we have to offer.

#BreakingStereotypes: Dear Men! Please Stop Stalking
Mehwish Hayat Makes Her Coke Studio Debut and It Is Worth Listening To
To Top