Here Are The Do's & Don'ts Of The Dangerous 'Ring Of Fire' Solar Eclipse Tomorrow!

The annual solar eclipse this year will be taking place on June 21. In case you did not know, a solar eclipse happens when the sun, moon, and earth align in a straight line. The sun is covered by the moon, which casts a shadow on the earth.

Whereas, in this solar eclipse, the moon would be too far away to entirely cover the sun. Obviously, it won’t be a total eclipse as the sun will appear as an annulus or a bright right. This one is called a ‘Ring of Fire’ eclipse. 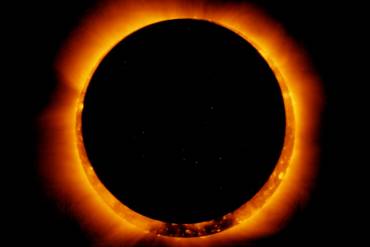 Unlike the other solar eclipses that have occurred until now, the one happening tomorrow is quite special. What makes this event extra special is that it is going to take place on the same day that happens to be a June solstice. It is the longest day of the year.

Only the rim of the sun will be visible, which is what created the phenomenon called the ‘Ring of Fire’.

This ring of fire will briefly appear in parts of Asia and Africa tomorrow. It will be visible in various countries, including Ethiopia, the Central African Republic, Pakistan, India, and China.

While some people believe in taking precautions during the eclipse, some simply don’t. Some even believe that the impact can also be according to the zodiac signs. In spite of that, the experts suggest that people should not forget that it is extremely dangerous to see the solar eclipse with naked eyes. 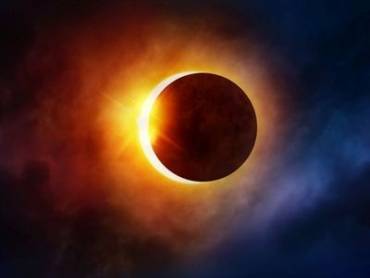 In addition to this, there are many myths and superstitions that are associated with solar eclipses. Even though not all of them might be true, some are.

It should be noted that unlike the lunar eclipses, there are certain precautions that you must practice when viewing this event.

When viewing the eclipse these are the things you should NOT do:

Here are the things you SHOULD do:

Without a doubt, everybody is eager to watch the solar eclipse. We all witnessed a similar ‘Ring of Fire’ in 2019. But one must always keep the do’s and don’ts in mind when doing so. It is very important that you exercise the given precautions, as failing to do so might be harmful.

Tell us what you this about this in the comment section below!