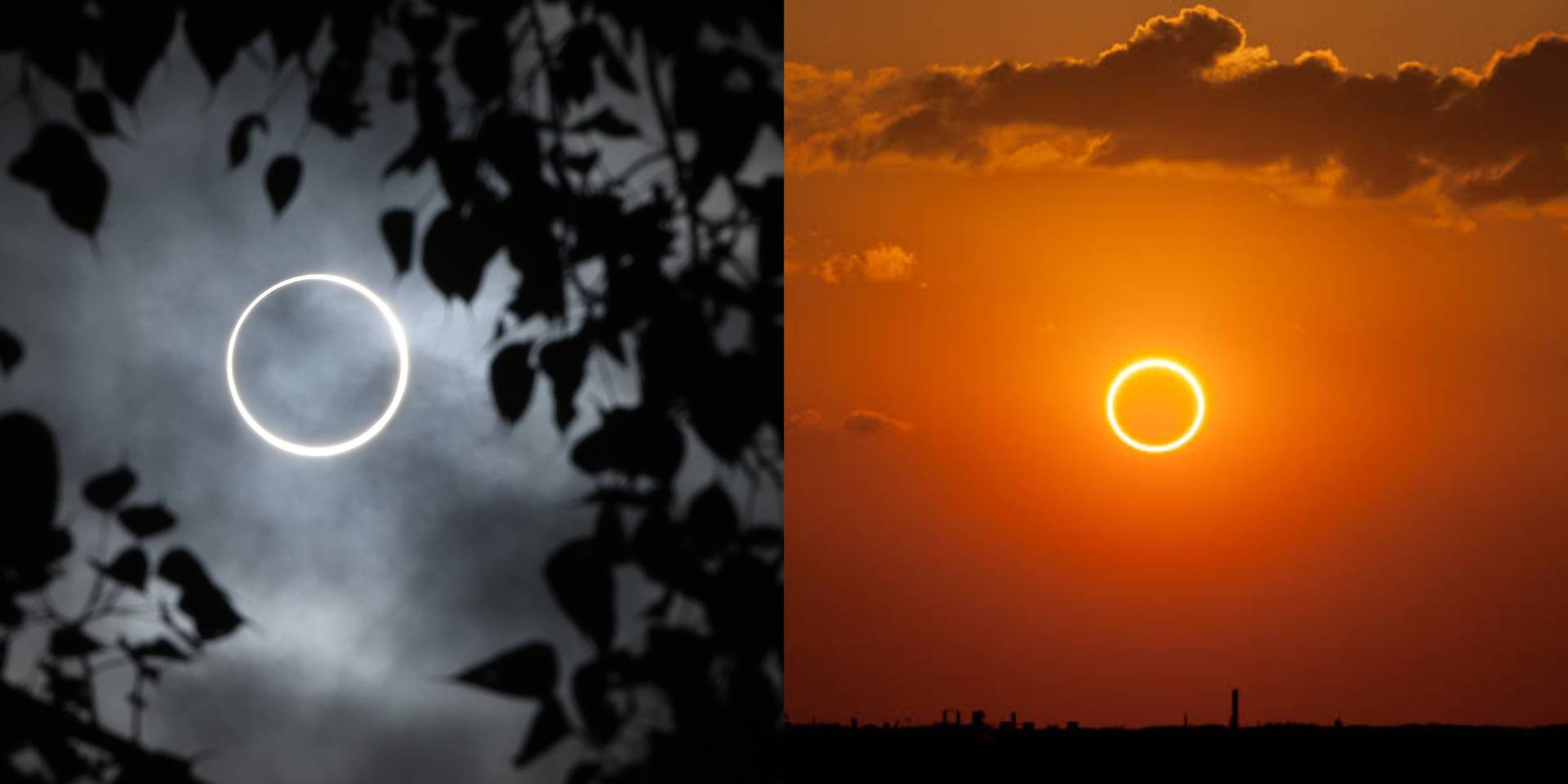 The much anticipated ‘ring of fire’ solar eclipse finally occurred, making December 26th 2019 the darkest day of the year. This was the last solar eclipse of 2019 that returned after 20 years; last seen in 1999.

Many countries in Asia witnessed the eclipse including Pakistan. The anticipation was worth it as many managed to capture the phenomena onto their cameras. Enthusiasts and the curious public came out to various places including the sea view beach Karachi for a better sighting. The eclipse started around 7:30 AM and turned into a total eclipse at 8:48 AM, coming to a close at 10:30 or 10:16 AM – for Karachi.

The Islamic calendar displayed an astonishing similarity between the dates of the current and the last Solar Eclipse – they both turned out to be on the 29th Rabi Us Sani with 21 years of difference in between, making the previous one to be witnessed in 1420 AH and the current in 1441 AH, respectively. The solar eclipse took place within the Prophet’s time too and was of higher significance.

Pakistanis and anyone who was able to witness the magnificence from around the world didn’t miss the chance to try out their photography skills. Here’s a compilation of some worthy clicks.

‘Ring of Fire’ Solar Eclipse Photography from around the world.

Starting off with a video.

Full solar eclipse, being witnessed only after 1990.

Not bad for an iPhone X.

Wow – is the only expression that comes from the mouth for these shots.

Dubai has by far the best clicks of #SolarEclipse2019

Someone took their time. The beginning till the end.

My clicks so far #solareclipse2019 pic.twitter.com/QlX32OCSJ7

And ever is Allah, over all things, competent.
(Qur'an 48:21)
🌅#RingofFire#solareclipse2019 pic.twitter.com/17EMLR6fJI

Bravo for managing to capture it.

Cant get a ring from my place. Closest I can get using 85mm then apsc punch in a7iii #solareclipse2019 pic.twitter.com/Pp7AaBlUHO

The Lord Of The Rings vibe.

The moon covers the sun in a rare "ring of fire" solar eclipse across parts of the Middle East and Asia on Dec. 26, 2019. #RingofFire

Why called the ‘Ring of Fire’?

The glory of the highest power was evident in the Ring of Fire solar eclipse, which occurs when the moon passes between the earth and the sun, blocking the sunlight. However, since the moon is smaller in size and taking its distance from the sun into consideration – when it eclipses the sun fully, the outer diameter that isn’t covered and darkened, appears as a ring of light, or as famously called ‘Ring of Fire’.

Precautions for the naked eye.

Since humans have been gifted with the blessing of an ‘eyesight’, the naked eye isn’t built to sustain the powerful rays of the sun during its eclipse. Hence, precautionary tools have been advised to make use of when viewing the Solar Eclipse. Sources say that the only time it is safe for the naked eye to view the celestial phenomena is when the solar eclipse has reached its totality. Otherwise, it could damage the eyes permanently.

Moreover, the scientists and the astrologers are of different opinions when it comes to the ‘effects‘ this solar eclipse will have on Pakistan and onto the lives individually. The astrologers predict the worst, in a nutshell; with one claiming the severe effects leading to a full-blown war. Moreover, the elderly were advised to stay indoors. But, the individuals dealing in the scientific facts deny such possibilities. Nonetheless, this celestial phenomenon was observed from around the world. As for Muslims, it holds a higher significance.

3 Times When Quaid-e-Azam Muhammad Ali Jinnah Absolutely Slayed It!
How OPA Fries Is Bringing The Magic Of Fries To Every Home!
To Top