Considered to be one of the most elite forces in the world, Pakistan Air Force (PAF) is an epitome of sheer pride. Pakistan’s strong air army has always proved to be a bonafide pillar in maintaining peace within the country. Looking back over the recent past, the experienced pilots and their steady hands on fighter jets, our rival neighbor regretted its decision of intruding into Pakistan’s airspace and it was just another call for the enemies that PAF is always a step forward.

Sohail Aman with his years of service!

From the viral stories, this time its Pakistan Air Force (PAF)’s former retired Chief of Air Staff Sohail Aman. Taking over from Air Chief Marshal Tahir Rafique Butt back in 2015, Sohail Aman served the PAF as the Air Chief for three years getting retirement in 2018. A believer of hard work, Sohail Aman proved himself as an intellectual mind behind the acquiring targets without supporting favoritism. 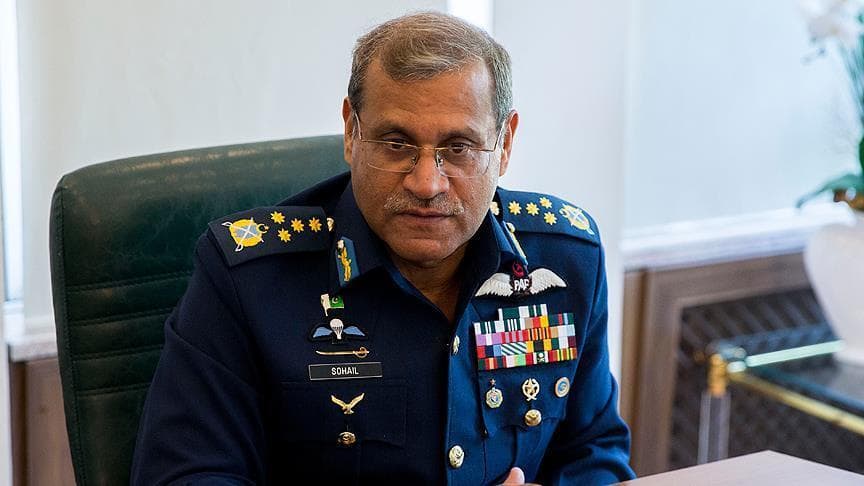 Ex-Air Chief and his strong-willed commitments!

Recently, a tweet caught traffic and it made Pakistanis appreciate Former Air Chief’s strong commitment to his uniform. Inter-Services Selection Board (ISSB) is the most difficult exam of Pakistan with an extremely limited selection policy. In the last batch of ISSB exam, with hundreds of other people, Sohail Aman’s son also applied for it but got rejected.

Also read: Flight LT. Tahir Akbar Embraced Shahadat Saving Many Lives As He Crashed His Jet In A No Population Area!

Being a father with a strong army background, Sohail Aman could have easily used his connections to get his son accepted for ISSB but he didn’t. According to sources, despite having massive links within the organization, neither the Ex-Air Chief took leverage of nepotism to get his son in nor his son asked him to do so. Both the father-son approach of believing in merit and hard work is creating more respect for the Pakistan Armed Forces among Pakistanis.

Sohail Aman’s choice of words after his son faced rejection: “My son got rejected in ISSB test that is just an example for your understanding. He remained jobless for one year and people wondered why I didn’t call anyone. The good thing is not that I didn’t call, the good thing is my son never asked me to do it.” Appreciable!

Here’s the tweet that is making rounds on different social platforms!

"My Son Got Rejected In ISSB Test. That Is Just An Example For Your Understanding.He Remained Jobless For 1 Year & People Wondered Why I Didn't Call Anyone
The Good Thing Is Not That I Didn't Call.The Good Thing Is My Son Never Asked Me To Do It"
Ex-Chief of Air Staff
Sohail Aman pic.twitter.com/zfmM3eSunn

Check out: JF-17 Thunder: Its Remarkable Capabilities And Astounding Performance In The Paris Air Show

These days every field is surrounded by nepotism and favoritism and it has become a major reason for wasting talented individuals. Sohail Aman is an example for those who support nepotism and are becoming a hurdle for other talented people without references. Sohail Aman, you are the nation’s hero and thank you for servning the PAF with true integrity and dedication.

A Young Pakistani Girl Tied The Knot With Her Hindu Partner In This Viral ‘Same-Sex’ Marriage!
Hasan Ali Was Asked Some Pretty Embarrassing ‘Shaadi’ Questions And Where’s The Sharam?
To Top