Coronavirus has brought stories from the world which were never heard before. A British Pakistani – who became a victim of COVID-19 – opened his eyes from a coma after knowing his mother has passed away from the lethal diseases.  As per reports, Sohail Anjum was admitted to Croydon University Hospital. He was damn sick with coronavirus that it was necessary to be intubated him.

Besides, Sohail narrated his story to a news channel. Reportedly, Sohail, who is 47 years old did not believe that he will get back to life again.

“I had a high temperature, fever, I was coughing and short of breath. When I went to the A&E registration desk, they took all my details and took my oxygen levels and took me in straight away,” Sohail says. 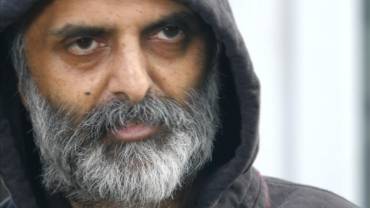 “They put me in a room and then a few hours later they shifted me onto a ward. Then put me on an oxygen mask to feed oxygen into my body. The next evening I had a visit from the ITU surgeon who came up with a whole team and said we need to put you into induced sleep.”

“At the time I didn’t know that induced sleep meant a coma and I was so ill I was like, ‘Fine, do what you have to do.’ I was putting my faith in them.”

He was on a ventilator

“They had put me on a ventilator, but I don’t know how many days I was on the ventilator for. I don’t know if it was from the beginning or halfway through.”

When he was sleeping the physicians gave him a tracheostomy. “Basically they make a small hole and they insert a tube into your lungs to ensure your body is getting the oxygen required.”

“I woke up and they told me it was touch and go because during my coma my temperature wasn’t coming down and they were pumping me with medication, antibiotics, and stuff, so they said, ‘Look it could have gone either way.’ It was 50-50 whether or not I survived.”

His mother Rashida Begum Mohammad was in the same Croydon University Hospital dying of coronavirus. Sadly, she was just a few wards aside from her son. Sohail, who did not know because he was unconscious. Notwithstanding, he says, he knew something had happened to his mother.

When he came back to conscious his first thoughts were of his mother. He asked everybody around doctors, nurses, health care workers nobody answered him. However, one of his family friends broke the hurtful news to him. 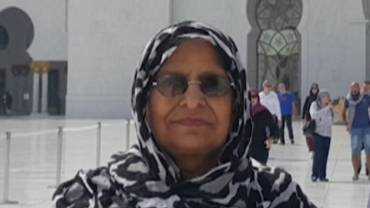 “It was about my mother who was admitted into the same hospital just a few days after I had been intubated. She went into hospital I think on a Monday and passed away two days later.”

“It wasn’t actually broken to me, I just had this feeling. It just came into my thoughts and stuff. I don’t know if I overheard someone talking during my coma. Because when you’re in a coma they say your conscience is still alive and you tend to hallucinate.

“When I woke up the first thing I was asking for was my mobile phone so I could phone up my brother and confirm the news.”

“One of the nurses who knew my brother phoned him and said, ‘Your brother is awake and he’s been asking about your mother.’ I think at the time my brother was a bit shocked, like, ‘How did he find out, who told him?’

“The doctors and nurses knew, but no one wanted to tell me because of the trauma I had been through. I mean when I woke up, I was in CCU at the time, and then one of my brother’s friends who is a consultant came down, and he kind of confirmed and gently broke the news.”

After that another shock devasted him. Doctors told him that he was in a coma for almost a month owing to the deadly coronavirus.

‘My mother’s prayers saved me’

“My mum was in a very poor condition, my brother was allowed a special visitation under exceptional circumstances otherwise no visitation was allowed. He visited her in the evening and one of the last things she prayed for was for my health to get better.

“I was told that while I was in a coma, it was only when she passed away, it was only then that my vitals started improving, so that’s when the doctors realized there was some hope for me. It was definitely my mother’s prayers that saved me.”

“Because I was in a coma for a whole month, my body was decommissioned. Basically, I had no muscle movement whatsoever. I felt a bit disorientated. After CCU when they moved me into the general ward, for the first week or two I was totally immobile I couldn’t move or talk so the nurses had to bathe me.

“I couldn’t lift up a spoon so they had to feed me breakfast, lunch, and dinner. At that time I had lost my taste as well so the only thing I was eating at the time was yogurt. Before I went in I was 67kg. In the hospital when they last weighed me I had come down to 59kg, so I had lost a drastic amount of weight.”