Numerous posts circulating on social media are claiming that the renowned City School has terminated contracts of the whole A-level faculty summing up to a total of 100+ teachers in Karachi.

In a post on Facebook, a user wrote, “The city school network has terminated contracts of all their A-level teachers. Around 100 teachers are getting affected by the decision.”

They further added; “We won’t be receiving salaries from this month i.e May till the school reopens for students and that can be in July or August or depends upon the orders given by the government. Which means no salaries for 3-4 months.”

The City School spread across Pakistan including Karachi is a well-known chain of schools. The Facebook user listed the names of the branches in the city affected by this decision.

This post caused a massive debate and wave of anger among the social media users and everyone was quick to comment about the injustice.

I would request all the concerned authorities to kindly look into the matter. A level teachers have been terminated by a top notch school despite of the education minister's instructions due to Covid 19.#EducationMinister #saeedghani #privateschoolmanagement #chiefminister

Not only A Levels teacher, we are also effected…

One Facebook user wrote, “Part-time teachers have been receiving summer break and winter break salary since the beginning. Their contract is 12 months but this year they have ended in 9 months which is totally inhumane. Those who are saying that they are not entitled to get vacation salary please go through the types of employment contracts.”

But a recent report has come to light which has rubbished the claim as baseless rumors. 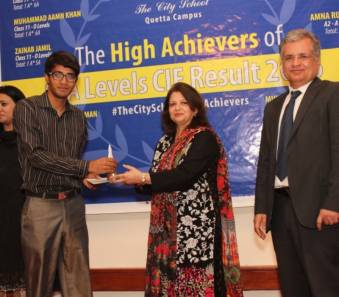 A faculty member of The City School took to social media to clarify the situation, they wrote;

“Hello everyone. As currently employed as an ‘A level’ teacher at ‘The City School,’ I would like to clarify that the teachers have not been terminated. Our contracts have just been put on halt for this month as they can be redrafted to account for the much longer academic term which is coming up( possibly 13 months). We have also been assured that we are on a ‘ paid leave’.”

The school authorities have yet to make an official statement regarding this situation. Right now the Faculty members remain undivided and tense over the problematic affair.

The teachers claim that they have been giving online classes throughout the lockdown. They had even conducted online exams and graded them. “We were all informed the day we submitted the grades that our services are no longer required. We went out of our way for our students but the school has terminated us,” they said.