Are we teaching our kids to fail?

Any parent, guardian or adult would scramble towards answering this question with a NO. Failure is an extremely complicated subject. It has not one definition but goes long in meaning and description based on one’s individual perspective. How do we define failure and what is our approach towards it?

A social experiment was conducted to address this question. It brought kids and adults performing really interesting activities with a lot to take away from. It entails a very strong message as well as a paradigm shift. Let’s begin!

So, the question is:

To answer that question, a unique challenge was undertaken 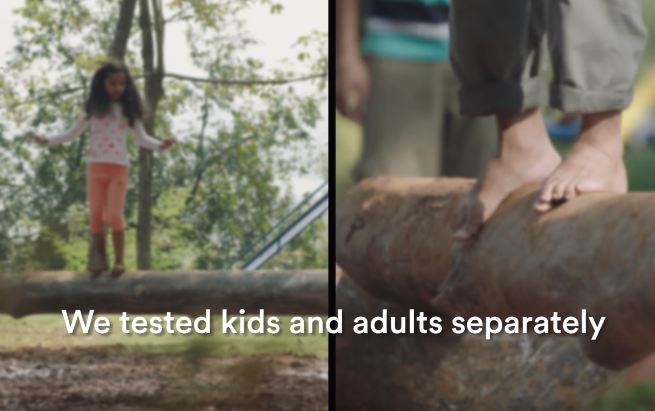 Adults took up the challenge and –

The kids had a different approach; they decided to try again – would you do that as well?

In fact, they completed it after trying again. Way to go, kids!

Kids were successful, so no need to put up questions for them at all. But, adults had a lot to answer here. Both children and adults were shown their performances, respectively and this is what happened next.

Can you answer that?

Here’s what different adults had to say:

When I fell down, I thought it was all over. There’s no other chance, it’s done.  We never thought of helping each other. To crawl the length or try different ideas. There was no out-of-the-box thinking. We made our own rules. Even if they fell while completing the task, they went back in line, wanting to try again. We, on the other hand were shying away from doing it again.

Kids had a lot to say as well:

Uncle and aunty didn’t try. We were trying again and again. They got scared and accepted defeat.

And then, one kid mentioned: You get only one chance when you grow up. But other kids weren’t ready to accept that at all because –

The key takeaway from this experiment is that we, adults over time get conditioned to our own rules and boundaries, inhibiting us from bouncing back. Our approach towards failure can be different than kids and we tend to settle rather than making the next leap. That’s how catharsis works.

The whole concept was inspired by the following advertisement that you can watch for yourself! #HaarKoHarao

There’s a lot that we can learn from kids, right?

Read Also: Here’s A Simple Way To Control Screen-Time Of Kids Without Annoying Them

This Video of a ‘Churail’ having a Blast in Askari IV, Karachi, is Going Viral and People are Dead Scared!
Biryani With Aloo Or Without Aloo: Jeremy McLellan Created a Poll But PTI is Not Happy With The Results
To Top