On Friday, he announced that he has contracted the deadly virus. The foreign minister subsequently, quarantined himself at his home. He tweeted, “This afternoon I felt a slight fever and immediately quarantined myself at home.” Further added, “I have now tested positive for Covid-19.”

This afternoon I felt a slight fever and immediately quarantined myself at home. I have now tested positive for Covid 19. By the grace of Allah, I feel strong and energetic. I will continue to carry on my duties from home. Please keep me in your prayers.

Lately, the lawmakers are increasingly falling victim to the deadly virus. Earlier this week, our very own foreign minister tested positive for the coronavirus disease.

On Thursday, he said that he is in good health and is recovering fast from coronavirus infection. However, there are mischievous attempts being made by elements from the Indian side to alter his profile page on Wikipedia.

Moreover, the Foreign Office also issued a statement regarding the changes made to Shah Mahmood’s profile.

We strongly condemn attempts by mischievous elements to hack Wikipedia page of FM @SMQureshiPTI & spread rumours on social media about his health & well-being.

Rumors about his health were being circulated. Changes were made to the official Wikipedia profile of Pakistan Foreign Minister Shah Mahmood Qureshi. The page’s edit history shows that there were edits made on July 5 which reflected that the foreign minister had ‘died’ on July 4.

In addition to this, he speaks about the matter and says that rumors were spread about his death which tormented his family and acquaintances. He has rejected the reports of his death on Thursday after rumors of his death emerged after a Wikipedia edit showed him as dead.

The false report of the foreign minister’s demise caused distress among his well-wishers. Shah Mahmood Qureshi said in a statement,

“I am fine by the Grace of Allah and recovering from COVID-19.” 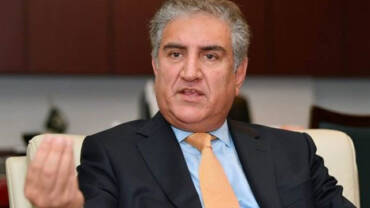 Hence, the minister who unfortunately joined the long list of lawmakers who contracted the contagious disease- rejects the false rumors of his death.

This is not the first time the foreign minister embroiled himself in a controversy. Not so long ago, last month, he was found to be carrying out Pir-Mureedi customs in Multan.

While rejecting the fake reports of his death, Shah Mahmood also advised people not to believe in such rumors.