Smog Takes Over Lahore and it's Wreaking Havoc in the City! 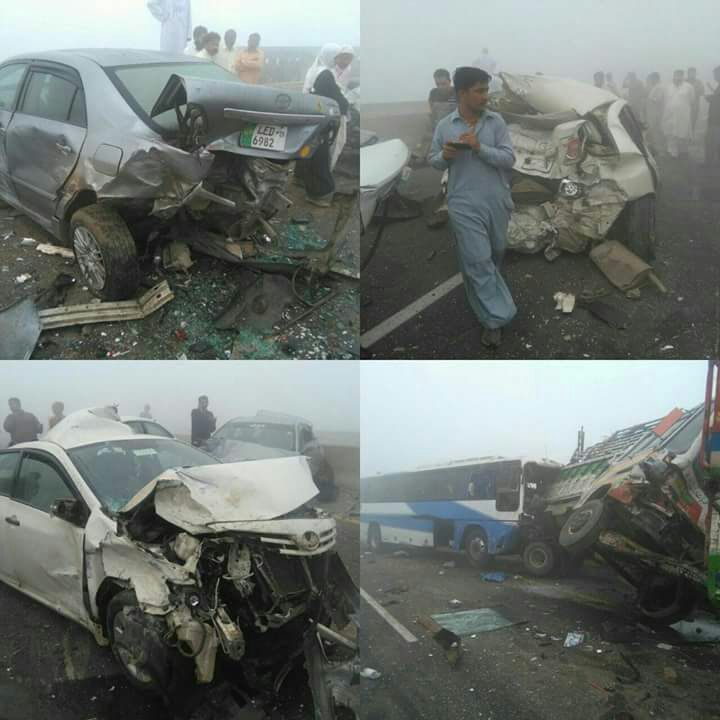 You might not be able to see it if you are living on the outskirts of the city however, you will be horrified if you travel towards the main city. In the past, what people mostly used to love about winters in Lahore was sheer cold, sunny days, and a lot of fog. This however, seems not to be the case anymore, it’s smog now. 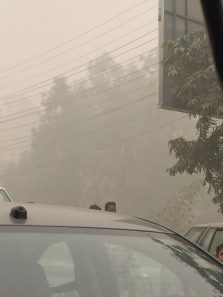 With the sun barely visible in the sky since the past couple of days, unusual smell of dust and pollution in the air, being unable to take a deep breath, and irritating eyes, a brownish cloud of dust and smoke has engulfed the city entirely, making visibility just enough to see only a few meters ahead.

Although smog mostly occurs in crowded cities like Shanghai, Beijing, and even Lahore each year, the city is going through the worst of its kind presently. Our best guess is that it may be because of the rising number of vehicles on the roads each year. 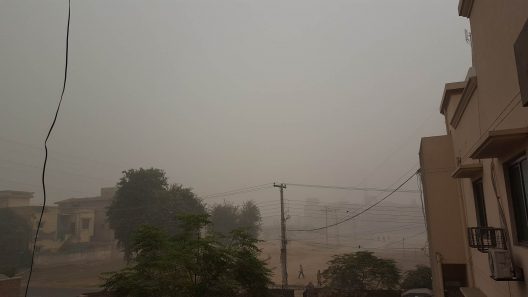 With development projects happening all across the city, trees being torn down to make way for new roads and bridges, there is little mother nature can do to counter the growing smog. However, it may not only be due to these development projects that Lahore is undergoing such drastic weather condition; global changes in weather may be playing a big hand in it as well.

Just a 2 degree Celsius rise in the average global temperature means that we are going to see much worse than what already is happening. Last year, we saw winter pushing itself as far as March until Islamabad and nearby cities started experiencing spring. Moreover, each year a different city in Pakistan is breaking its long time highest temperature record. Jacobabad, Lahore, Multan, Karachi, and Sadiqabad are among the list. 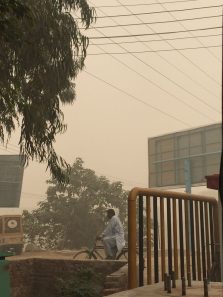 Last year, Islamabad saw its worst kind of night when an enormous storm suddenly rushed in, covering the whole city with a thick layer of dust and pollution. It was quickly followed by a massive thunderstorm that lasted for quite some time.

The whole event resulted in the destruction of clay houses, the toppling of electricity poles, which resulted in a number of deaths by road accidents. To sum up the situation in Lahore, here is what you need to look at: 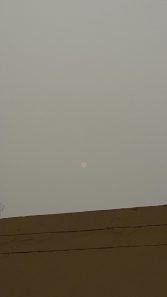 The sun high in the sky, at around noon, is being displayed as a light orange ball as if it is almost sunset. We urge our readers to prioritize environmental health. Take care of your surroundings for a bigger picture. Global warming is not a hypothesis, it has been very much put into practice by, not nature but, ourselves. Take care of your ecosystem; do as little as you can, however, contribute daily. The country and this world are starting to show that they are getting tired of our negligence. We may part away from this world when the conditions were good. However, our children and their children may not live with such luck. Hence, think of them if not for others. Live green!