Last year, on our way back from my office, my wife and I were discussing how Ferozepur road was a blessing in winters since we were riding my motorbike and the road was considerably warm compared to other areas of Lahore which were freezing cold in December. The situation has turned much worse this year, than the last. A Dense layer of smog has been layered upon Lahore city by our politicians, and it is not funny anymore, it was never funny. Our government continues ignoring the environmental hazards of insane urban development; bad decisions and poor urban planning have immensely damaged Lahore’s air.

People disappear into the thick smog making their daily commute, ignoring the high levels of pollution and poor air quality of the city which continue increasing by vehicular and industrial emissions. Permanent haze hangs over the city and can only be relieved when it rains. Air pollution needs to be urgently addressed but our leaders are busy fighting for power, unaware how they are all tied up into the same atmosphere which is as harmful to them as it is for any other regular, disposable citizen. On a lighter note, there was a post which surfaced on the internet, claiming that the “Anti-PTI” tear gas has traveled all the way from Bani Gala to PM Nawaz’s Lahore.

Lahore, along with New Dehli were listed amongst the top worst cities for smog in 2014. While we cheer for initiation of CPEC and employment opportunities it entails, we ignore the air pollution CPEC industries will bring to our country. The environmental situation is expected to get worse every year. Prime Minister Nawaz has never even once addressed the issue of increasing air pollution in his boastful speeches. Orange line train comes next in line after Metro bus service to contribute to pollution. 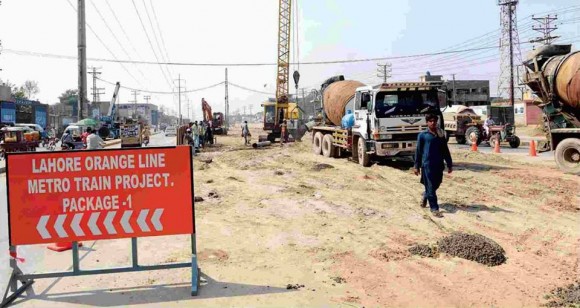 In 2015, the government of Punjab submitted a report to the Supreme Court of Pakistan on the steps taken to tackle the situation. The report revealed that the pivotal issue was “increasing number of vehicles”, in efforts to neutralize it, the government banned 2-stroke rickshaw and replaced those with 4-stroke engine rickshaws. According to a rough estimate, there are over 700 industrial units, with a major chunk of steel industries, located in Northern Lahore. Many other small-scale commercial ventures operate around Lahore fort and Badshahi Mosque, similar small scale marble grinding industrial plants are located on Ferozepur road but the government hasn’t done anything about that. 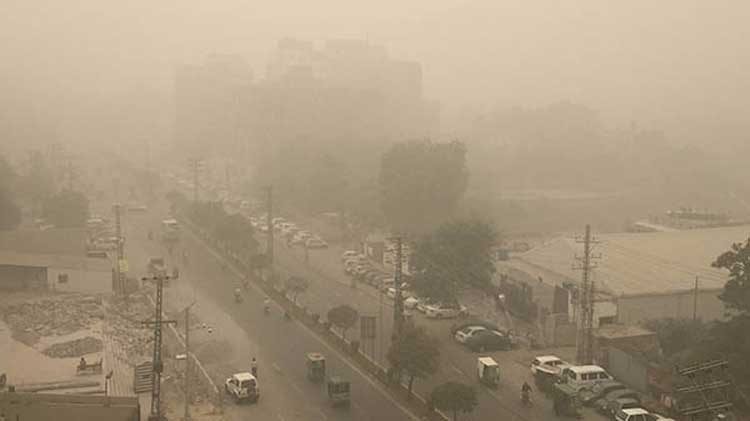 According to the Environmental experts, principle air pollutant in the air is Particulate Matter (PM) composed of toxic metal dust, fumes of lead, chromium, cadmium and zinc and uncontrolled release of these emissions is deteriorating air quality. Air pollutants restrict photosynthesis, increase respiratory infections, birth defects, acid rains, and lung damage. Lead and cadmium are also present in fumes released by steel industry that cause a collapse of the central nervous system and degeneration of joints, lung, and kidney diseases respectively.

We do have Environmental Protection Department in our state’s mechanism, though the EPD runs various campaigns against these industrial units, one’s which are burning used tyres and substandard rubber products, the issue is still alive and government’s not paying enough attention. A senior official at the EPD, in an interview last year, stated that the department had already surveyed North Lahore to access the situation and the department was also working on shifting these industrial units outside the City.

According to him, some steel industries installed scrubbers to control hazardous effects of air pollution and the department was pursuing others to install these scrubbers. The majority of citizens in 2015 appealed to Punjab Chief Minister Shahbaz Sharif to pay attention to this vital issue due to which the health of the majority of the city residents is at stake. They also demanded immediate categorization of industrial, commercial and residential localities in the city, saying all industrial units should be shifted to industrial zones outside the city.

That’s it folks, my love for paradoxes is still alive and kicking, 2016 is coming to an end with a visible difference (increase) in air pollution, yet not so visible because of the thick Smog in Lahore.

Lahore Woke Up To Smog Pollution. Here’s How to Protect Yourself
[VIDEO] This Girl’s Cover Of AFREEN AFREEN Will Make You Forget Momina Mustehsan!
To Top