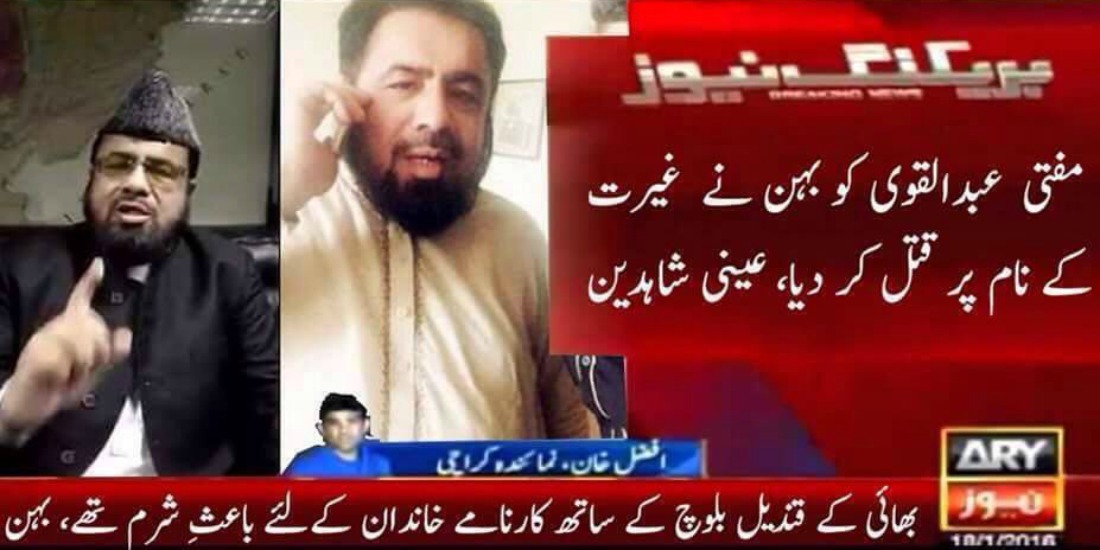 In an unexpected twist of events, the news surfaced on several social media platforms that a sister had murdered her brother in the name of honor, values, and defamation of the family name. 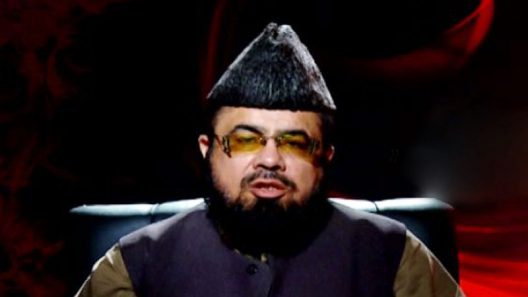 As shocking as the news was for many, it has been learnt that Mufti Abdul Qavi was put to rest by his sister, killed in the name of honor after Mufti Qavi had thrown dirt on the family’s name and distorted the family’s reputation in the society through his vile acts, as he was a reputed representative of the religion.

Through sources, it has also been learnt that Mufti Muneeb, the Chairman of Ruet-e-Hilal Committee, had played his cards right and instigated Mufti’s sister to kill Qavi in the name of honor. He said that Mufti Qavi had brought a bad name to Muftis all over Pakistan as well, after his pictures and videos had surfaced with a Pakistani model, who too, was murdered in the name of ‘honor’.

In a quid-pro-quo exchange, Mufti Qavi’s sister wanted to guard the family’s name and honor, and to have the world know that there was no place in Islam for such hypocritical acts like the one carried out by Mufti Qavi. A Mufti, who was to represent Islam, protect its image and adhere to the legitimacy of his acts, would openly say to a model that “he was not fasting because he wanted to meet with the mode”, that too, in the Holy month of Ramadan. 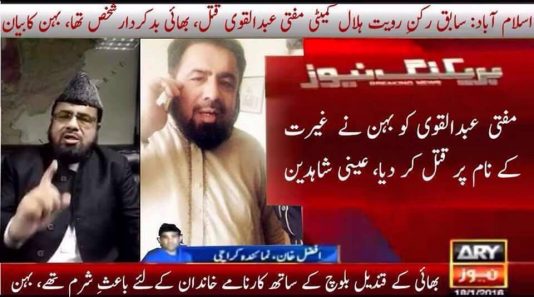 It has also been known that the brother had multiple girlfriends and the sister had promised to guard the family’s name and honor. The incident since has sparked outraged among the cleric masses that such acts will not be tolerated and protests have been launched in different cities of the country, asking for the sister’s immediate arrest and laws regarding the demand of a Men’s Protection Bill, so no further honor killings can be carried out in the future.

Furthermore, in a parallel universe, all of this would be possible. However, for now in reality, dozens of women in Pakistan are killed in the name of honor every month and there seems to be a no-halt policy in such vicious and atrocious acts.

Let it be known that a life lost is a life lost, nobody deserves to die in the name of honor. Plus, who told you to place your honor in a women’s body? Surely, she did not.

Disclaimer: This is a SATIRICAL piece.

This Is Why The People of Pakistan Can Never Do What The Turks Did
Not Just Dogs And Donkeys; PIG MEAT Found Being Brought Into Lahore
To Top