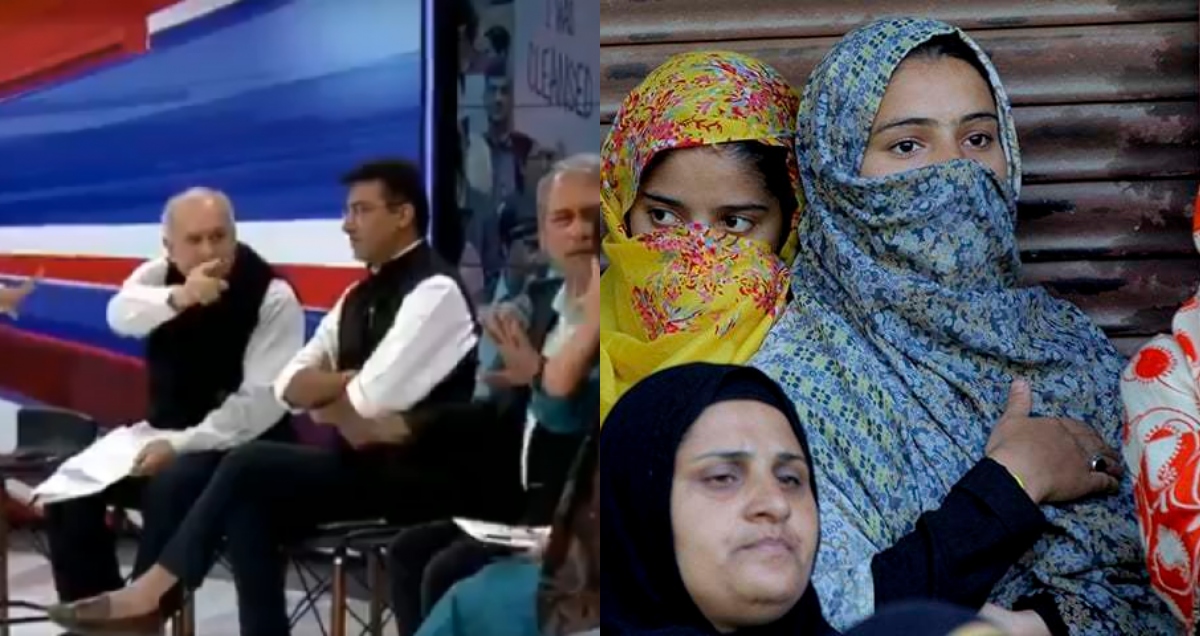 The extremely concentrated curfew in Indian Occupied Kashmir has been going for more than 100 days. Men, women, children and the aged, all are suffering constant derangements at the hands of a tyrannical Indian army.

Fueled by aggravated emotions put forth by the Modi government, the lockdown in Kashmir is being overlooked by even the most decent men in India. In the latest events, an ex-Army general of India has called for the mass rape of Kashmiri women. Major General (R) RP Sinha, who is now a Bharatiya Janata Party (BJP) member, called for this atrocious step on live tv.

‘Rape for rape’ in Kashmir 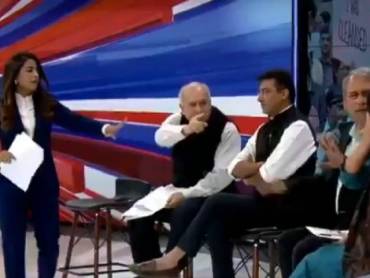 Attending a talk show with many other guests and a huge audience, Sinha over the Indian Occupied Kashmir issue said: “Maut ke badlay maut (death in return of death), balatkar ke badlay balatkar (rape in return of rape).” Sinha kept screaming the same on top of his lungs.

However, many guests were opposed to this vile statement. The talk show was being held on the TV 9 Bharatvarash channel. Since then, the video has gone viral and people on social media have been lamenting the act.

The former Indian Army general made a mockery of himself in front of millions of people. Not just himself, but he definitely gave a bad name to the Indian Armed Forces as well. Sinha’s open support for rape and murder of Kashmiris gives more room for the public to choose what side of history they want to be on. Previously, Indian men had been fantasizing about marrying Kashmiri brides.

He said "Balatkar ke badle Balatkar" (rape for rape) as a revenge for Kashmiri Pandit exodus.

He is openly supporting rape of Kashmiri women, such kind of filthy officers are protected under draconian Law like AFSPA. pic.twitter.com/GHaHFota1S

Furthermore, everything Sinha had been advocating come under war crimes.  Many were of the opinion that culprits and demagogues such as Sinha were protected by the country’s AFSPA laws.

Even though the anchor and other members demanded an apology from Sinha, he seemed unapologetic. This is the stance and point-of-view that the Modi government (BJP) have built and want to sustain. This inhumane rhetoric in 2019, to rape and murder Kashmiris, should be taken very seriously.

This is not the first time an influential Indian has made such a statement. Earlier this year, a BJP woman leader had been encouraging her ‘Hindu brothers’ to rape Kashmiri women. Prior to that, Yogi Adityanath of the BJP had made similar comments about raping dead Muslim women.

It seems that the BJP’s obsession with rape is proving a tough task for the Indian media to curtail since these events are now taking place on live tv. For the Modi government and Indian authorities, it is an uphill task to take action against people like Sinha and set better examples.

Indian Occupied Kashmir has been under a military curfew since August 5, and with a satellite and internet blockade in the region, such war crimes are being committed in broad daylight. Moreover, thousands of troops have been called in to curb protests by Kashmiris against the constant human rights violations.

Nawaz Sharif To Leave Pakistan On Tuesday, Confirms PML-N
Apple To Launch Iphone 11 In Pakistan And We Can’t Be More Excited!
To Top