Singer Zain ul Abideen is back with a Bang with an Amazing News! 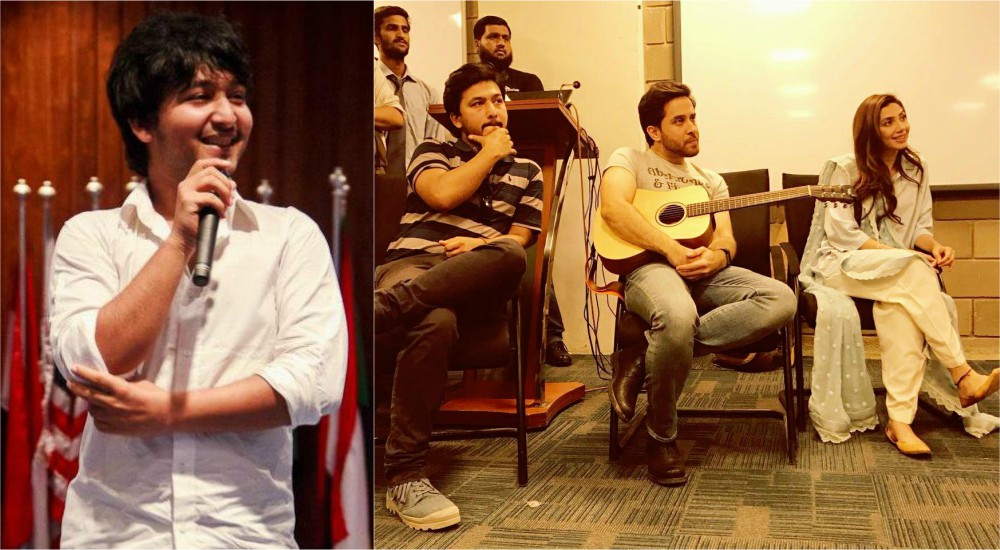 Zain ul Abideen – A young boy with no fame with no musical background, but a guitar in hand and determination with a talent, started his musical career some years ago. This young voice reached successfully to the destiny he had always wanted. Remember the superhit song of its time, Chue Chue? Chue Chue was sung by the melodious and amazing Zainul Abideen.

If you don’t know about the face or voice enough, then this article will help you to know more about Zain. Starting his career back in 2006, Zain released his very first single “Saiyaan Saiyaan” which was only released on the radio from where it scooped up positive responses.

His first breaks come with “Chue Chue” (2009), a hit single, which received instant success and topped the charts for weeks. His first video “Chue Chue” won a LUX nomination for the best song in 2009 which is considered as benchmark achievement for any newcomer.

Zain with a gift of amazing voice has been proudly associated with multinational brands and much more for over 1000 jingles and voiceovers in different commercials. I remember the scene when the college fellows were crushing over him and going crazy for his concert back in 2014 or 2015. His fingers on guitar and ‘sur’ is what made me a true fan of Zain. Zain’s debut album was released on 22 December 2010, produced by Pakistan’s finest producer Shani Arshad.

A blend of pop, jazz, classical, folk and blues is an unsurprising Zain ul Abideen’s style. Zain is known for experimenting with different genres of music believing to bring the message of love. Zeal is a breezy album with catchy lyrics, having heart-tugging melodies, coupled with beautiful music with finest music production. This album has enough club beats to make you dance. In 2013, Zain came with his new single “Laapata”.

It was composed by himself and was mastered by Achille Forler (Universal Music India). After the massive upsets in the music world of today, I was literally missing artists like Zain, who should appear in feeds. Because what I feel is that these artists are more inspiring stories to share.

But wait!! Zain is finally coming back with Lamho, which is the upcoming single, in collaboration with Bollywood music producer Gulraj Singh and Lyricist Manoj Yadav. Lyrics penned by Manoj Yadav who is the mastermind behind the lyrics of the Ungli, Gabbar is back, Sanam Re, Azhar and More. Composed and arranged by Gulraj Singh, who has a long list of credits too as he produced some melodious music like Ungli, Pakeezah, Tutiya Dil, Zindagi Na Milegi Dobara and more.

It was originally produced by Gulraj Singh and penned by Manoj Yadav for Zaain as Lamho and the video was all set to release. Zain has even updated the teaser on the fan page but when Shoaib Mansoor contacted Zain if he has got anything for his upcoming movie in his bag, he presented him this one and he instantly fell in love with the composition and then he made the lyrical changes as per the movie requirement. Ashko is the climax of the movie. The album for Shoaib’s next is out and here you should listen ashko. You will definitely fall in love with the rhythm.

So Zain, we want to wish you all the success for your upcoming songs because your journey is not over yet. Kudos to you!

Here’s what you didn’t know about Amethyst – The Purple Gemstone
Ali Zafar is Truly Unstoppable and his Story is Inspiring all of us!
To Top