What! Sindh Minister Claims Rain Water Has Been Drained From Karachi Streets

Heavy rainfall in Karachi continues to make life miserable for citizens. From flooded roads and streets to traffic jams, it has all become inundated. Not only that but the urban flooding has also led to a prolonged power outage.

In addition to this, the Metrological Department had already predicted the third spell of monsoon in the city. However, despite the earlier prediction, the administration failed to make the arrangements to deal with the issue of urban flooding. 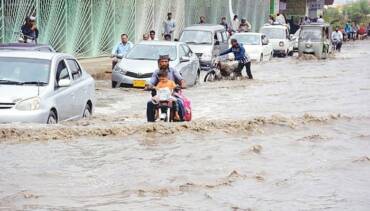 Wasim Akram addresses the issue of rainwater accumulating in Karachi

Several video clips and footages of Karachi drowning in water, and the gutters overflowing have been making rounds on the Internet. As one of these footages caught the eye of the former Pakistani cricketer, he took it to this Twitter to address the issue. 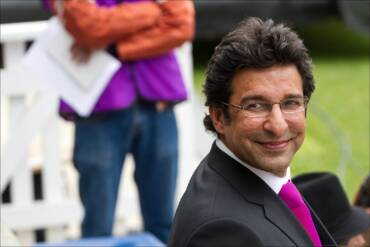 However, expressing the disappointment over the urban flooding in Karachi subsequent to a spell of rain- he tweeted, “Seeing the footage of Karachi underwater and my heart goes out to all affected. I can’t say I’m not surprised that this has happened yet again. A wake up call? No it’s a problem that needs to be addressed period! We need to fix our beautiful city.”

Seeing the footage of Karachi underwater and my heart goes out to all affected. I can’t say I’m not surprised that this has happened yet again. A wake up call? No it’s a problem that needs to be addressed period! We need to fix our beautiful city

Nasir Shah lashes out at the former cricketer

Responding to the former fast bowler, the Sindh Minister for Local Government Nasir Hussain Shah hit out at him. Shah invited Akram to make a visit to Karachi and check out the streets of Karachi and see how water has been drained from all roads [Really?].

In addition to this, he lashes out at him and accuses him of complaining over things he has heard and not seen for himself. He expressed disappointment at the former cricketer and said if he had tweeted on the Karachi rain situation based on hearsay, then he had ‘disappointed millions of people in Sindh’.

I invite my neighbor Wasim Akram 2 come wid me now n inspect streets of Khi n c how water has been drained 4m all roads.I’m sure tht if u r sincere then u’ll defntly go n if u’ve tweeted on hearsay then thr is no one more irspnsbl than u bcz u’ve disapntd millions of ppl in Sindh https://t.co/NlDEcqdt3H

Moreover, the Sindh Minister also spoke about how old images and clips of urban flooding in Karachi are being shared on social media. According to him, the majority of the city’s areas have been cleared of rainwater.

Additionally, he claims that a wrong impression is being created due to the photographs and video clips of the previous rain-related incidents that are being circulated.

Without directly responding to Shah’s response, Akram shares yet another tweet and shares his concern for the city. He also clarifies that he has no political agenda while addressing the issue of rainwater.

I tweeted because I am seeing videos of full gutters in Defence, flooded roads of Gulistan-e-jauhar, PECHS & Baldia & a city being destroyed by rain yet again. I have no political agenda whatsoever. I am just a citizen of Pakistan & care for the welfare of people in my hometown.

The people of Pakistan should be able to celebrate the rain, not mourn over it! Mix my words however you like but too many people suffer every year because of this problem, and that is what kills me.

Several video clips have gone viral on social media following the spell of heavy rain in Karachi. These show overflowing gutters and the city flooded with rainwater. Still, Sindh Minister claims that the roads are cleared and water is being drained from the Karachi city have definitely amused us.

What A Shame! 15-Year-Old Boys Brutally Rape A Kitten In Lahore
Osman Khalid Butt Asks Usman Mukhtar To Help Him Get Married
To Top