Day by day, the world is moving towards a vicious point due to the deadly coronavirus and the panic it has created. As of now, the number of related cases has surpassed 20,000 and it seems like the situation is not under control anymore.

Among other dreading scenarios, recently, Dr. Furqan, a former physician of Karachi Institute of Heart Diseases lost his life due to medical negligence. Currently, his last recorded audio call is circulating on social media displaying the vicious side of the operating hospitals. However, recently, Pakistan People’s Party (PPP)’s Senator Murtaza Wahab revealed that inquiry has been launched in Dr. Furqan’s case.

As per the details, Dr. Furqan, who was a resident of Gulshan e Iqbal had contracted coronavirus form one of his patients. However, a few days after being in self-isolation, his condition started to deteriorate and had to move to a hospital. Unfortunately or intentionally, but, no hospital agreed to take him in because of the lack of beds and ventilators.

Notification has been issued to inquire into the causes which led to the unfortunate death of Dr Furqan. Committee has been directed to complete inquiry & submit report within 24 hours pic.twitter.com/IsAt2xLPHL

Soon after the case went viral, authorities jumped in, assuring that a thorough investigation will take place. Speaking on the case, Murtaza Wahab previously denied all claims of the unavailability of ventilators in city hospitals. Earlier, he shared an official notification on his Twitter issued to inquire about the root cause of Dr. Furqan’s tragic demise.

Final report to come in within 24 hours

Apparently, the inquiry began on Chief Minister Sindh Murad Ali Shah’s orders to know the main reason behind such a heinous incident. The created committee has been directed to finish the launched inquiry within 24 hours and submit the final report. PPP’s Senator Murtaza Wahab further revealed that the report will then be shared with the public as well for better understanding. 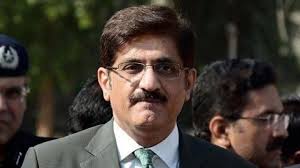 According to Murtaza Wahab, at that time, there were still 283 ventilators available for the treatment of coronavirus patients. Well, it is saddening to see such stories revolving in our surroundings. Dr. Furqan might not come back but the least the authorities can do is to provide his family justice and stop pointing fingers at them.

Since Dr. Furqan’s unfortunate death, media, as always, is playing the insensitive and filthy card on the victims. Recently, to disclose the whole story, Dr. Furqan’s wife, Saima joined a talk show through call and couldn’t stop crying. Similar was the case when she was called upon anchor Kashif Abbasi’s show who was more concerned about Sindh government’s efforts.