Every year Sindh Culture Day is celebrated across the province with great zeal, specifically in Karachi on the first Sunday of December. This year too, the event successfully kicked off with a large number of attendees that included women and children as well. With this year’s theme ‘Our Unity Day’, many songs were sung and traditional dances were performed in traditional attires. However, where everyone celebrated the rich culture and heritage in peace and harmony joyfully dancing away; there were delinquents that were creating havoc on the roads of Defence, Karachi. 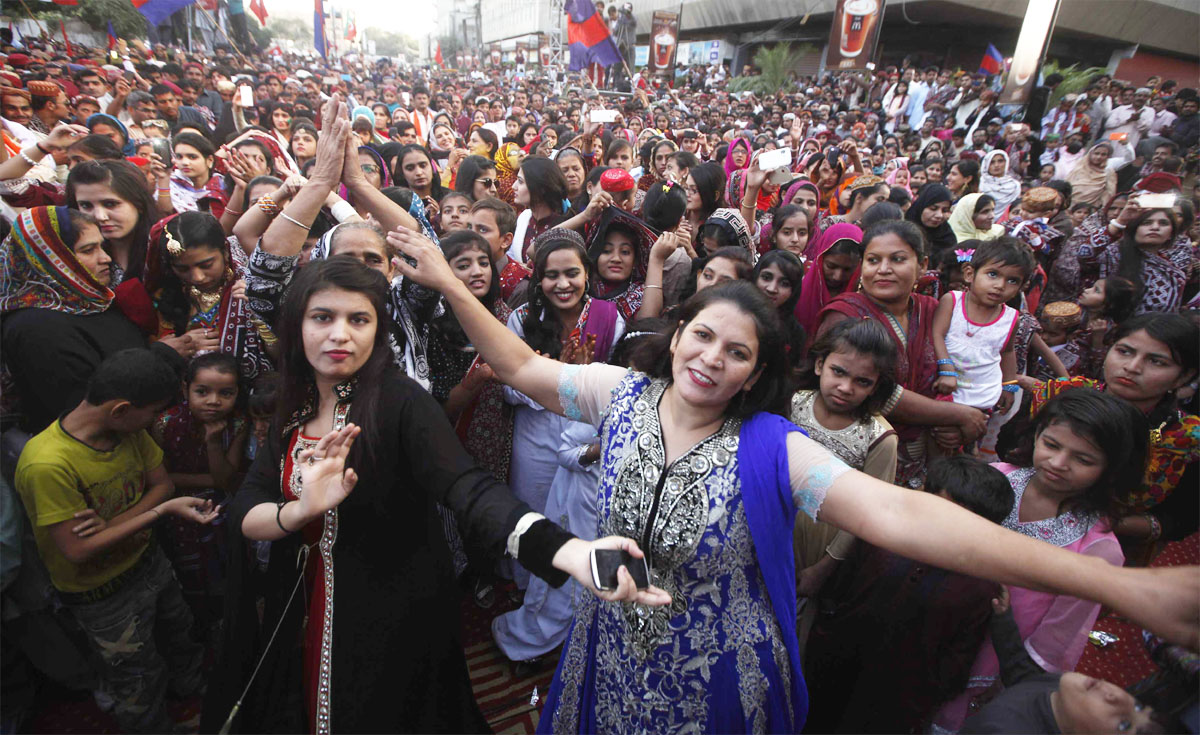 when the police halted their convoys, one young man instantly engaged in aerial firing which is not the least bit safe or allowed. Moreover, the person recording the footage continued to curse away at the police. The intense enthusiasm, although understandable was displayed poorly by the young lads. Showing rage, firing in the air and honking at the slightest of discomfort, only goes to show how uncivilized these men are.

Unfortunately, the police instead of taking strict action on aerial firing, let them pass by. Moreover, even though it was a joyous occasion, such acts of barbarism are unacceptable. In addition, these few bunches of rowdy men could have been problematic for others. Not only the safety of many was endangered, but their actions were enabled by the authorities, by letting them get away with it.

Considering the luxury vehicles and crisp attires, there is no mistake that they belong from a wealthy background. However, what is disappointing, that money couldn’t buy them some decency and turn them into law-abiding citizens. Moreover, the video also goes to show the little to no fear of the police that resides within the citizens of Karachi. The city is already in the grip of never-ending street crimes. In addition, the last thing Karachi needs are enablers from within the police force.

Karachi already has a record of the 2nd Most ‘Cannabis Consuming’ city in the world. Moreover, with such circumstances prevailing, Karachi might make another.

Strict action should be taken against such men that put the safety of others in danger in the name of celebrations; there have been many cases where stray bullets have caused fatal injuries. Also, once a crackdown starts and stays consistent, the crime-rate will decrease and hopefully, ceases at some point. The beautiful city of lights has seen darker days, but under the leadership of the incumbent government, the city has a renewed sense of hope. However, whether the provincial government cleans up its act is a different story altogether.

TCL Finally Opens Its Flagship Store In Islamabad!
Yasir Hussain Is Dropping Hints Of Getting Married In December!
To Top