The novel coronavirus is not only wreaking havoc on social sectors but on business too. The virus has brought oil prices into negative, crashing the stock market. Just like other evident events, the American cartoon Simpson predicted the oil market crash too.

Since the 2008 financial crisis, stock markets globally recorded their biggest one-week slumps from 24 to 28 February. Furthermore, markets worldwide became notably volatile from March. On March 9, most markets recorded critical decreases, largely due to the coronavirus pandemic; and an oil rate war between Russia and the OPEC countries influenced by Saudi Arabia.

As of March 2020, global stocks have witnessed a decrease of at least 25% during the crash and 30% in most G20 countries. On March 20, Goldman Sachs predicted that the US GDP would contract 29% and that unemployment could reach 9%. Besides, Australian Prime Minister Scott Morrison has declared the emerging financial crisis similar to the Great Depression.

Furthermore, the decline in the need for travel and the dearth of industry activity due to the COVID-19 pandemic heavily struck demand for oil, making its price to fall. 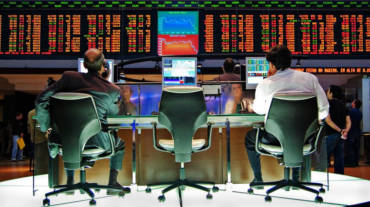 In February, the International Energy Agency projected that oil demand in 2020 would be the least since 2011. Chinese demand drop resulted in a conference of the Organization of the Petroleum Exporting Countries (OPEC). OPEC discussed a latent cut in the formation to compensate for the loss in demand. The cartel originally reached a provisional agreement to decrease oil production by 1.5 million barrels per day after a meeting in Vienna on 5 March 2020.

On 8 March, Saudi Arabia suddenly declared that it would boost production of crude oil and trade it at a discount (of $6–8 a barrel) to consumers in Asia, the US, and Europe. The most significant reductions targeted Russian oil consumers in northwestern Europe.

Thus, the war between Russia and Saudia Arabia along with the Coronavirus pandemic led to the crash of oil stock across the globe.

The prediction of Simpson

The Simpsons saw the oil price drop to zero pic.twitter.com/rREDihorP8

Earlier, Simpson predicted the Ebola virus, which was later denied as a conspiracy theory by his makers. The cartoon depicts real events of the US politics and society along with notable episodes of the globe. 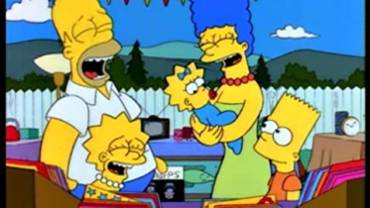 Simpsons also predicted that @realDonaldTrump would be president

Maybe or maybe not

Was thinking the same. Heading to the gas station to get paid for filling up my gas tank. What a great time this is. Capitalism is great.

may be the Simpson’s didn’t predict all of this, may be it’s a self fulfilling prophesy…. pic.twitter.com/DuPgRgZpp7

Above all, whether it was a prediction or a random script it became true just like other scripts of Simpsons. Besides, the prophecy or oil crash could lead to a more volatile situation if the pandemic persists.

WATCH: The Many Shades Of Ever-Green Adnan Siddiqui
It’s President’s Son VS A PPP Leader. Who’s Winning The Online Brawl?
To Top