Here's Why Friday Is The Most Important Day For Muslims

The day of Friday lays the utmost importance in the religion of Islam. Every Muslim across the globe gives special attention to the congregational Friday prayer. But why Friday is important in Islam?

In the pre-COVID-19 world, Muslims used to gather for Friday prayers and listen to the sermon of muftis in the mosques. The prayer of Friday is obligatory. Besides, certain other advantages of Friday are written in the Islamic scriptures. Moreover, on this blessing day, besides, religious activities Muslims love the day for other reasons. 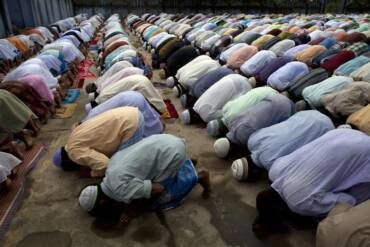 Here’s What Islam says about the importance of Friday.

Friday is the best day

An important Friday hadith in which Prophet Muhammad (PBUH) said, “The best day on which the sun has risen is Friday. Adam was created on Friday and on it he entered Paradise and on it, he was expelled from therein. The Hour will not be established but on Friday.” Sahih Bukhari.

In the Quran, Allah says

“O you who believe! When the call to prayer is proclaimed on Friday hasten earnestly to the remembrance of God and leave aside business. That is best for you if you but knew.” (Quran 62:9)

Prophet Muhammad (PBUH) said, “There is an hour (opportune time) on Friday and if a Muslim gets it while praying and asks something from Allah, then Allah will definitely meet his demand.” And he (the Prophet PBUH) pointed out the shortness of that time with his hands.” Sahih Bukhari.

Moreover, it is narrated, “Seek the hour in which there is hope that prayers will be answered, on Friday after ‘Asr (mid-afternoon) prayer, until the sun goes down.” Sunan at-Tirmidhi

Reciting surah al-Kahf is one the important Friday sunnah. Abu Sa’id Al-Khudri narrated: The Prophet (PBUH) said, “Whoever recites Surat al-Kahf on Friday will have a light between this Friday and the next.” 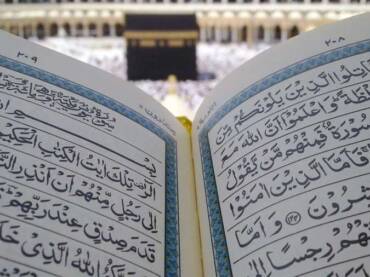 Moreover, it is also reported, the Prophet (PBUH) said, “Whoever reads Surat al-Kahf as it was revealed, there will be a light for him on the Day of Resurrection.” Al-Sunan al-Kubrá 5856

Narrated Aws ibn Aws: The Prophet (peace_be_upon_him) said, Among the most excellent of your days is Friday; on it, Adam was created, on it, he died, on it, the last trumpet will be blown, and on it, the shout will be made, so invoke more blessings on me that day, for your blessings will be submitted to me. The people asked: Apostle of Allah, how can it be that our blessings will be submitted to you while your body is decayed? He replied: Allah, the Exalted, has prohibited the earth from consuming the bodies of Prophets. – Sunan Abu Dawood

The Prophet (peace be upon him) said, “He who took a bath and then came for Jumu’ah prayer and then prayed what was fixed for him, then kept silence till the Imam finished the sermon, and then prayed along with him, his sins between that time and the next Friday would be forgiven, and even of three days more.” Sahih Muslim

Going to mosques on Friday

The Prophet (peace be upon him) said: “Whoever does ghusl on Friday and causes (his wife) to do ghusl, and sets out early, and comes close to the imam and listens and keeps quiet, for every step he takes he will have the reward of fasting and praying Qiyaam for one year.”[30]- Tirmidhi

In conclusion, As per the religion of peace, Friday has immense significance for Muslims. The day is filled with the blessings of Allah.