This Brother-Sister Duo From Karachi Are Traveling Across Pakistan On A Motorcycle And Wow, This Is Goals!

Pakistan is truly blessed with amazing landscapes, beautiful highlands, and breathtaking sceneries. These days, when the tourism of the country is progressing, many foreigners have visited Pakistan to see its majestic mountains and lush green grass fields. The northern areas of Pakistan serve as the main attraction to the tourists whereas, the SWAT area in Khyber Pakhtunkhwa (KPK) province is labeled as the “Switzerland of Pakistan”.

Ever thought of taking a break and travel to the northern areas with your friends by road? Well, these siblings didn’t stop for anyone and made it happen on their own. A person should not stop when his adventurous rush kicks in, no matter what the budget is, just put in some effort and get going. 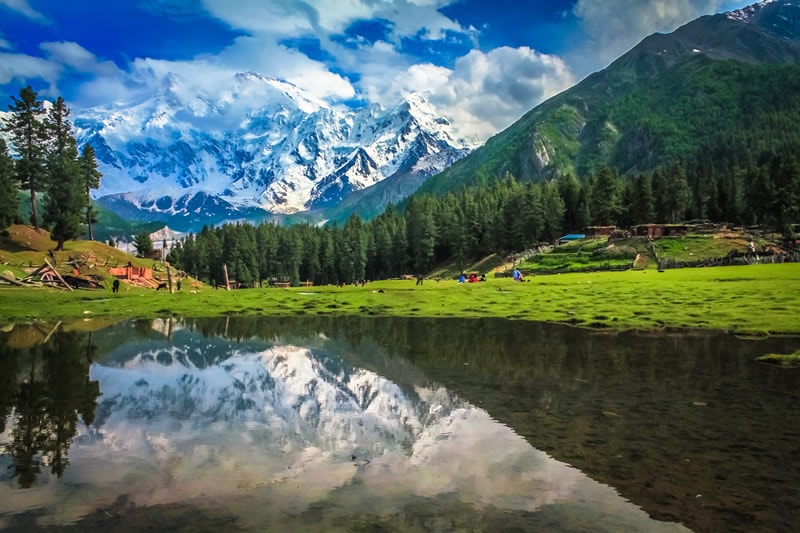 Also read: These 3 Guys Are Making Everyone Want To Go On A Road Trip To Northern Areas Of Pakistan With Their Yaars

The adventurous siblings and their travel story on a CD-70!

Meet Noor Zaman Khan and his younger sister who are currently completing their tour de Pakistan on a Chinese CD-70 motorcycle. Zaman and his sister belong to the country’s metropolis Karachi and are becoming a motivation for those ‘FRIENDS WHO CANCEL PLANS AT THE LAST MOMENT’. Well, the siblings started off their tour from Karachi and then carried on further.

A bikers group from Faisalabad spotted the brother/sister duo and talked to them. At first, they thought that the siblings are locals over there but they were stunned when they got to know about their actual location, Karachi. People present at the moment clapped and praised both Noor Zaman and his sister. The video recorded was later uploaded on social media and praises and prayers started pouring in.

This is Noor Zaman and his sister talking to the Faisalabad biker group!

In the video, Zaman is sharing his experience till now and the pattern he followed along the way. The siblings spent their first night in Sukkur, second in Multan, third in Lahore, fourth in Swabi and so on. Zaman even shared his YouTube channel where he regularly updates his location and tells his experiences.

Some time back, a Pakistani couple also went viral for a similar reason. The husband and wife did their first tour together after marriage on a motorcycle and people were amazed. Now, often foreigners are also seen traveling Pakistan on the two-wheelers as tourism is on a hike in Pakistan. We hope and pray that both Noor Zaman and his sister complete their tour and reach back Karachi safe and sound.

Motivated much? Share with us in the comments about your next travel destination!

PTI Revokes Membership Of Siyal For The Physical Assault On A Journalist
Young Pakistani Sailing Team Just Won 6 Medals At Al Bareh International Regatta 2019 In Bahrain And We’re So Proud!
To Top