SHORT STORIES FOR ADULTS - The Hands Deserve The Books

Child Labour is a crime against humanity. At this juncture, I am reminded of a very moving story about one of the world’s greatest humanitarians Abraham Lincoln. The time, at which this episode took place, Lincoln was a candidate for a congress seat. And on that day, he had an important election speech to deliver. But he also had a far greater task to perform. A noble cause to fight for.

​He canceled his election speech and entered the jam-packed court, which was already in session. Unnoticed, he sat down in the last row. The case being ended, the District Attorney rose and moved the trial of John Wilson for murder. There was a stir through the courtroom.

In the doorway appeared the Sheriff, leading a childish figure, a boy of ten, dressed in poor homemade clothes. He was pale and desperately frightened. The judge faced the criminal, paused pityingly and steadied himself. “Have you a lawyer?” He asked. The lad shook his unkempt yellow head. “No, I dunno anybody. I ain’t got- Money- to pay”.

​The boy was in tears, his widowed mother was sobbing near him. “Do you wish the court to assign you a counsel?” In the stillness, a boot scraped the floor. The man in the back seat rose, “May it please your honor” he said. “I am a lawyer. I should be glad to act as a Counsel for the Defense”. The Judge looked for a moment at the loose-hung, towering figure. “What is your name?” He asked. The man answered quietly “Abraham Lincoln”. Lincoln, who gave his life to abolish slavery, had come that day to repay a debt.

Years back, when he was a struggling non-entity, the family of the then well to do little boy, then a baby, had given Lincoln solace and succor. Subsequently, the boy’s father died and the family was in a miserable state of abject poverty. The boy, John had to work due to the force of circumstances, in a farm of one heartless man who was Shaughnessy by name. He was a cruel tormentor. 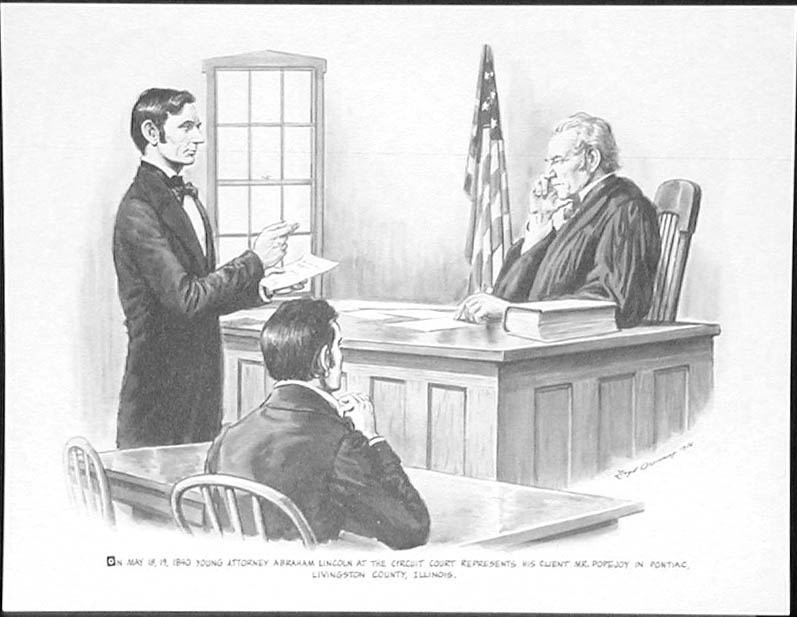 One day, he started beating the boy so mercilessly that the desperate defenseless boy struck his tormentor’s head with a pitchfork. The man died after some time. The boy was charged with murder. This was the story. It was commonly said that the boy was doomed; No lawyer, even a smart one could get him off after some seemingly convincing evidence. But in the courtroom, that day was no ordinary man.

It was the great Lincoln, the unique humanist, who had come, jeopardizing his future career by canceling his election speech, for a great cause- even greater than his own magnificence.

​“Gentlemen of the jury,” began Abraham Lincoln. I am going to try this case in a manner not customary in courts. I shall not call witnesses; the little prisoner over there is all the witness I want. I shall not argue. You know that at an age when this boy’s hands should have held schoolbooks or a fishing rod, they held the man’s tool that was his undoing; you know how a grown man goaded the child till in desperation he used the tool at hand.

All I ask is that you deal with the little fellow, as you would have other men deal in such a case with little fellow’s of your own at home. Before the verdict, for a second, perhaps, no one breathed in that packed mass. ‘Not guilty’ was the verdict.   It was a momentous Victory for a great cause. The cause of tormented and exploited ‘Johns’ of America. 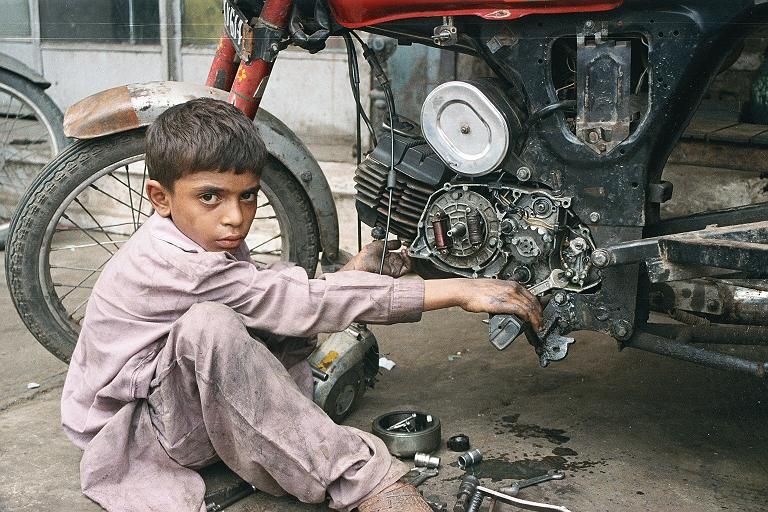 ​My story is an inspiration from the former. It is about the ‘Asims’ of Pakistan. A familiar figure in the homes of Pakistan. The not so lucky ones in the houses. I differentiate because cold callous concrete houses consist of ruthlessness.

​For one such house Asim worked. His mother was a widow and she washed dishes and clothes for her ‘Begum Sahiba’ who had suggested this couple for Asim’s employment. Asim had formerly tried his hand as a motor mechanic, but as circumstances would have it his boss had closed his workshop because of lack of funds. 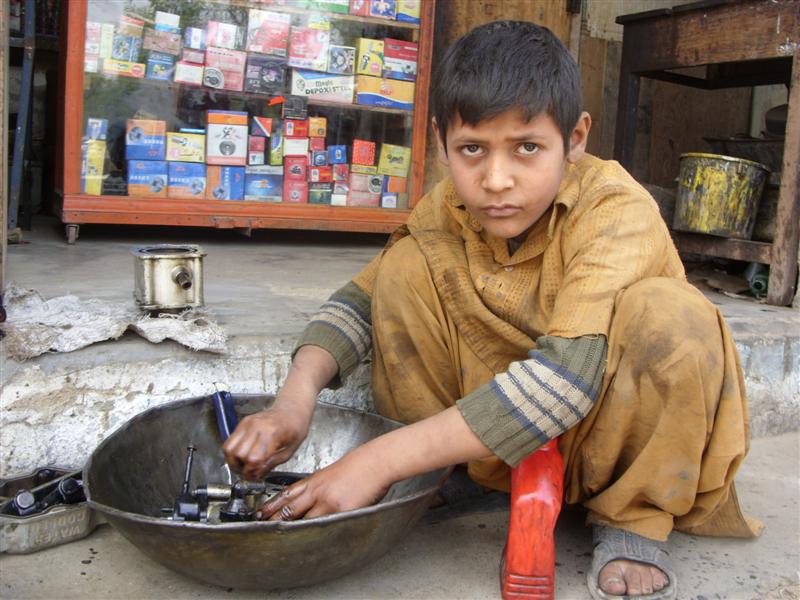 ​After getting the job, Asim worked for Amina and Aslam where he was required to do all the dirty and hard jobs. To clean the bathrooms, to sweep outdoors in the harsh summer sun of Karachi. On the face of it everything seemed fine. His masters bullied him sometimes. They would feed him with leftovers and not give him new clothes to wear, although he tore his own clothes doing the dirty work. Maybe, it was because poor Asim had not experienced the luxury of life. He could not tell that he was being dealt with severely.

​Amina was a frustrated woman. Aslam had two wives and she hated sharing him with his other wife. Maybe this was the reason for her being so cruel. One ill-fated day, Amina entered the house and heard a noise in the kitchen. A glass had slipped from Asim’s hands and was in splinters.

​In a rage, she ignited a matchstick and placed it on Asim’s hands. Singed he ran out, followed by Amina who seemed in a frenzy. Luckily, for him, she was heavy and could not move as fast as he.

​In his mother’s embrace he told his story, to his mother’s mistress who listened patiently. She could not even think that Amina could do this to Asim. She was determined to amend the wrong done to him.

​She went to Amina’s house, but Amina completely denied that she had been cruel. She knew Amina was scared of being blamed publicly. So Asim’s mother’s mistress threatened Amina to compensate Asim for her ill-doings or she would go to the Police.

​Amina was asked to pay a handsome amount to Asim for a life-time in lieu of her attempt to burn Asim’s hand, which escaped several burns because of him not loosing his senses and wrapping up his hand tightly so that no air was left to blow the flame.

​Asim’s mother’s won the money and with that money, Asim joined the school with zeal to become something and look after his mother.

Read Also: Seems Like Domestic Servants Are Not Human Enough As Another Case Makes It To Social Media