Day by day, the security conditions of Pakistan are getting worse and the drastic rise in child abuse cases raising many questions. It seems like apart from the deadly coronavirus, the pervert minds living in our society are becoming a much bigger threat.

It is quite heart-rending to see the future of this country being attacked by the vicious trauma of child abuse. Earlier this week, Gujrat police arrested the culprit who abused a 15-year-old boy during aitikaf in this Ramadan. While the masses were trying to get over that, recently, another similar yet different case from Lahore has shocked everyone.

A 10-year-old kid, another victim of child abuse

As per the news publishing site GNN, Lahore police recently arrested a child abuser who claims to be following his father’s filthy steps. Particularly, the 18-year-old culprit had physically abused and then killed a 10-year-old child two days back. After a constant search, the police finally arrested him and then his father who is also an accomplice now.

However, the report reveals, ”The father and the culprit, both have been arrested. During interrogation, the culprit claimed that he started doing this (child abuse) after getting inspired by his own father. Further, the culprit revealed that his father (Lateef) used to abuse children in front of him.”

The culprit is young

Speaking of personal details, ”The culprit’s name is Abdul Rehman and he is somewhat around 17 to 18 years of age. Two days back, the culprit abused and killed a 10-year-old kid in Nawab Town (Lahore) and fleed from the crime scene. Now, the local police have arrested him and his revelations are shocking.” 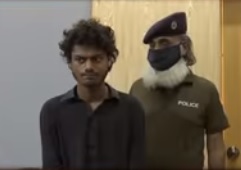 ”My father used to do this work (child abuse). Learning from him, I also started doing it. Till now, I have only (abused) two kids, the rest is all done by my father”, he added. No idea how did such disgusting and inhumane elements became part of our society but it definitely needs to stop now or else it will be too late.

Caught in the 24-hour frame

Sharing the strategy, CCPO Zulfiqar stated, ”Our teams that were functioning in the vicinity got to know about the illicit activities happening in the area. That was because we (police) had already found three different cameras that were filled with such footage. Then we shortlisted those people who we suspected were involved in such activities.” 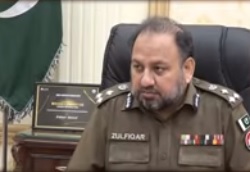 On the found evidence, he said, “According to the created list when we began investigating further, we found about two people who were also seen in the camera footage. It was indeed a very important step taken. Keeping that in mind, we widened our interrogation wing. And one must know that all of these developments were made within a 24 hour period.”

Undoubtedly, the Lahore police did a great job in putting the culprits behind bars but it isn’t enough. Earlier this month, Hyderabad police arrested the man who abused and killed an 8-year-old and it was horrifying. In my opinion, such perverted sickos’ should be hanged publicly so that no other person ever thinks of doing the same.