Here Is the Absolutely Shocking Reason Why The Swing Ride at Askari Park Fell and Crashed! 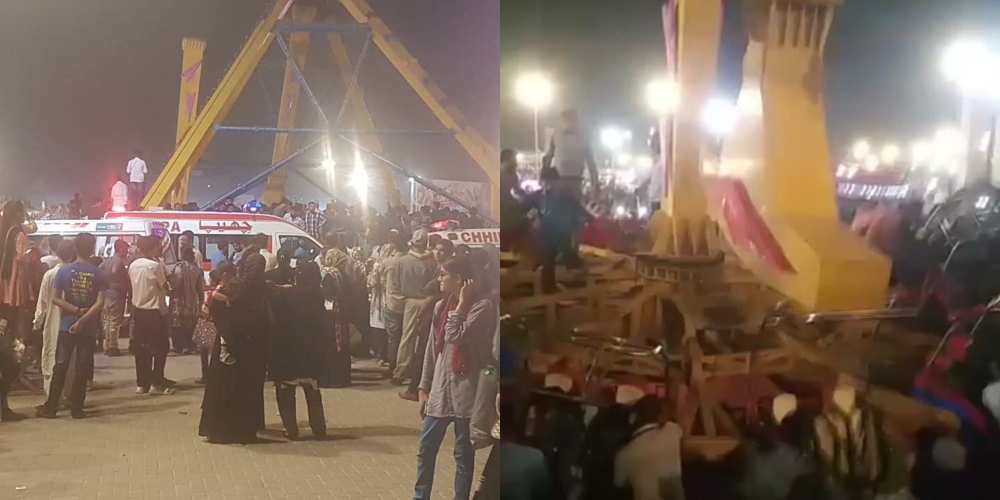 Askari Amusement Park, one of the high profile recreational places in Karachi which used to be crowded almost every day with people. Located in Gulshan-e-Iqbal, the Askari Park has amassed massive popularity as of recently. However, on Sunday, a normal day at Askari Park crowded with people became a nightmare.

A swing ride collapsed at Askari Park, taking the life of a minor and leaving around 17 injured

The incident shook people on social media. People started questioning the arrangements of the rides at the park. People are growing highly concerned and losing their trust. Social media was in a meltdown and people are demanding a strict trial of the park management for their negligence.

Here is the actual footage of the ride collapsing at Askari Park:

Initial investigation reveals that the ride collapsed due to a defect in the bolts. The bolts broke away when they could not support the load, causing the ball bearings to slip.

It resulted in the tragic crash. Before the opening, the park management laid so many promises about safety and security. However, such is definitely not the case now. They even said that the entire installation was of international standards and foreign engineers themselves took up the job.

Despite their claims, it failed. The ride fell and the tragic incident occurred. The management was nowhere to be found and nobody has provided a proper explanation.

More details shall be revealed until further investigation.

This Guy Jumps Off A Bridge To Save PTI’s Flag And What Happens Next Will Leave Your Mind-Boggled!
Reham Khan Tells How She Saw Imran Khan Rubbing “Kaali Daal” On His Private Parts and WTF?!
To Top