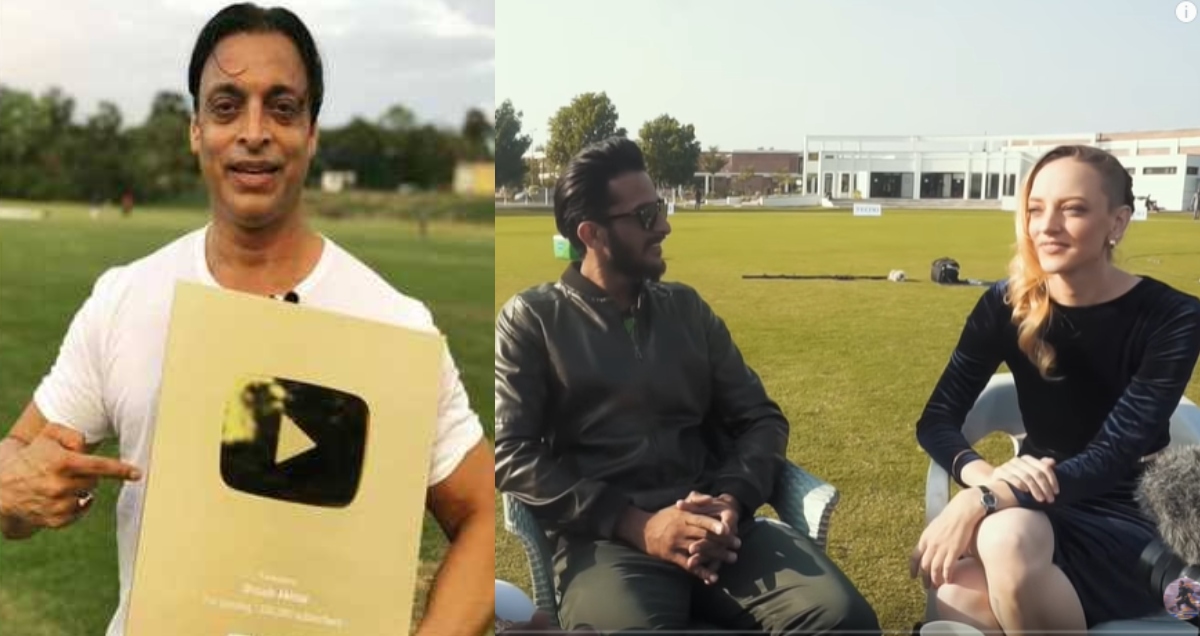 These days one of the most famous YouTubers in Pakistan is also a cricketing legend of the nation. Yes, we’re talking about the Rawalpindi Express, Shoaib Akhtar, himself.

Shoaib Akhtar, all of a sudden, has become a YouTuber magician in the country and his feature in the YouTube Rewind 2019 is proof of that. Akhtar’s videos are raking hundreds of thousands of views and his work is definitely being appreciated.

With almost 1.8 million subscribers on YouTube, Shoaib Akhtar is releasing regular episodes, and to get more views, his content is varying as well. Recently, Shoaib Akhtar made a YouTube video featuring Hassan Ali, where the legend pranked the youngster in hilarious fashion.

The episode featured Shoaib Akhtar and two guests, Hassan Ali and Gillian Rhodes. While we all know who Hassan Ali is, we’ve only come face to face with Gillian. Apparently, Gillian is a foreigner who has been living in Lahore for 2 years. She works as a choreographer and absolutely loves Pakistan.

Shoaib had this whole thing planned and then he went on with it. He asked Gillian Rhodes to ask Hassan Ali some difficult questions in English. First, she asked Hassan “What could you tell me about dance?”

Since Hassan Ali always struggles with his English tidbits, he tried his best and with his broken words, completed a few sentences. Shoaib Akhtar then insisted Gillian asked Hassan some tougher questions. Thus, Gillian went on to ask: “What is the most interesting thing you’ve learned in your journey as a cricketer?”

After pondering the magnanimity of the question for a minute, Hassan answered it unconvincingly. However, to Hassan’s utter dismay and shock, Gillian counters him with: “Hassan bhai, Urdu mein hi jawab deden!”

All three then broke out in laughter, with Hassan Ali realizing that he had been pranked on Youtube by Shoaib Akhtar. Gillian has been living in Lahore for two years and speaks Urdu of the highest quality.

Shoaib Akhtar then went on to make his YouTube content even more interesting. He asked Gillian why she referred to Hassan as ‘Bhai’. To this, Hassan’s wit came into action. He said Gillian called him ‘Bhai’ because he had only recently married. The rest of the video was very well executed, as Gillian and Hassan both revealed details about their lives.

Shoaib Akhtar is a good friend of Gillian Rhodes and he endorses the work she does. He also marked out that people usually get shocked hearing Gillian talk in Urdu.